Estadio San Mamés is the venue, as Athletic Club (11th) and Valencia (14th) go head-to-head in an exciting La Liga fixture, with just one point separating the clubs ahead of the kick-off.

Since drawing 1-1 at Villarreal on Matchday 15, Athletic Club have alternated between a win and a loss in the five subsequent La Liga fixtures (W2, L3), with four of those wins/losses yielding a narrow one-goal margin. Interestingly, ‘Los Leones’ enter this round as the only team yet to draw at home this La Liga campaign (W6, L4), with seven of those ten matches won/lost seeing the winner on the day keep a clean sheet. Topically, both of their previous top-flight meetings with Valencia here have seen one or both sides fail to get on the scoresheet in games garnering under 1.5 total goals (D1, L1). However, Marcelino’s men have only lost once in their last eight La Liga matches against Valencia on home soil (W3, D4).

Meanwhile, Valencia have won two of their last four La Liga matches by the identical 1-0 scoreline (D1, L1), a sequence helping them build a four-point lead on relegation-threatened Deportivo Alaves. Away from home, though, ‘Los Murciélagos’ have claimed just one triumph in their last eight league games (D3, L4), with four of the five wins/losses in that period producing a single-goal margin. Curiously, a 1-0 home win against Elche last time out gives Valencia the chance to post back-to-back La Liga victories for the first time since February 2020! Conceding the opening goal could throw a spanner in the works, though, as Javi Garcia’s men have failed to win any of their four La Liga trips in which they shipped the opener this season (D1, L3). 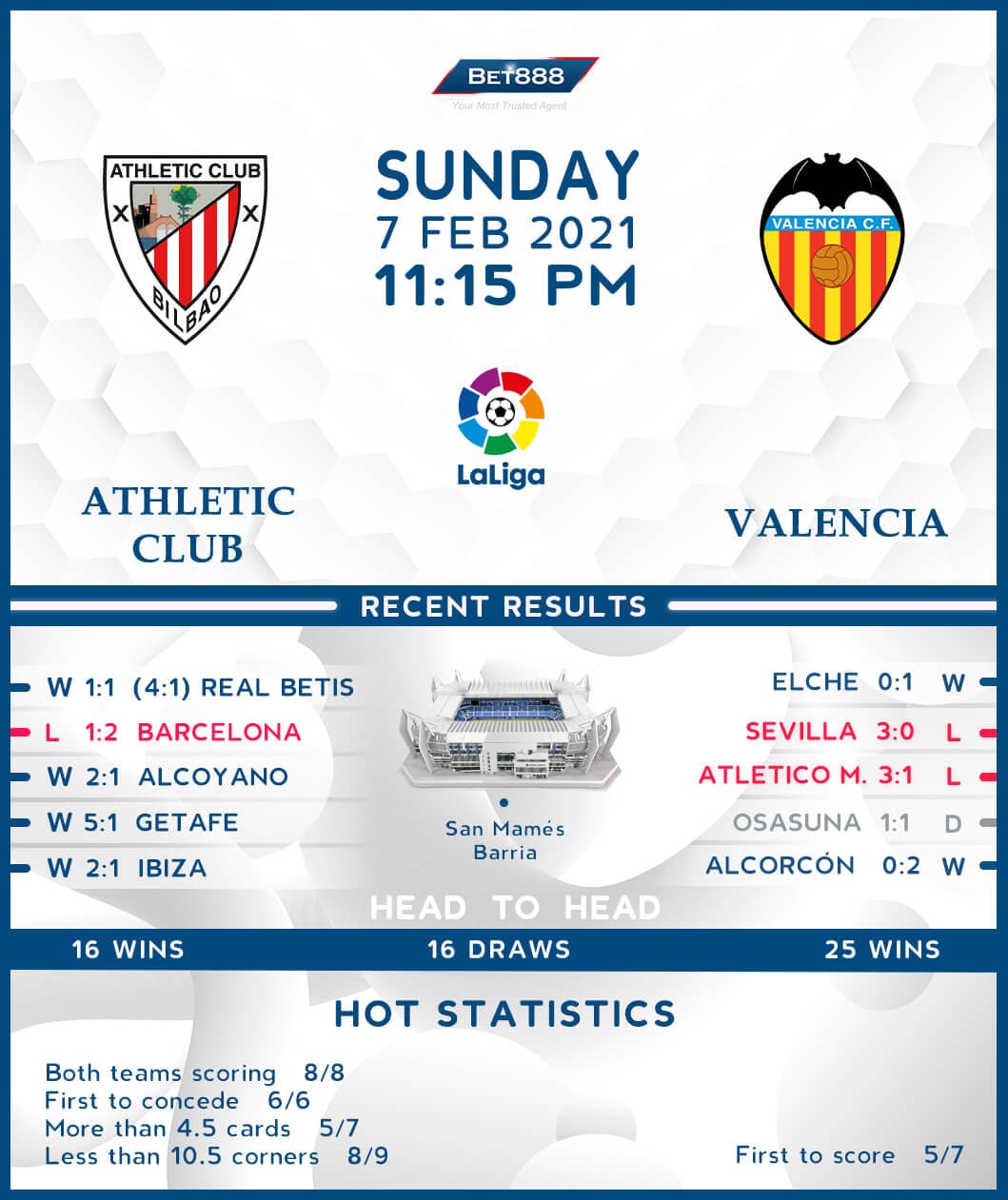