Athletic Club and Villarreal are set to meet at San Mamés Barria in a potentially low-scoring La Liga fixture. Four of their last five top-flight H2Hs held at this stadium have produced under 2.5 total goals.

Athletic Club have struggled to establish consistency throughout this La Liga campaign. Yet, a 4-0 away thumping of Cadiz last time out provides them the opportunity to post back-to-back league wins for the first time this season. Curiously, a 1-1 draw with Valencia in their last La Liga home match marked Athletic’s first top-flight stalemate at home this term (GP:11 – W6, D1, L4). Against this backdrop, three of the last five La Liga meetings between ‘Los Leones’ and Villarreal have ended level (W1, L1), with each of the previous four featuring under 2.5 goals at full-time. However, Marcelino García Toral’s men will be motivated to claim all three points here, as a victory would see them become only the third team in the history of La Liga to reach 900 home wins!

Meanwhile, Villarreal are winless in their last five La Liga games (D4, L1), though they head into this encounter on the back of a 2-0 away triumph at RB Salzburg in the UEFA Europa League midweek. Seven goals shipped in their last five La Liga outings have accounted for 29.17% of Villarreal’s league goals conceded this season, exposing their defensive woes to the team they’ve restricted to a maximum of one goal per match in each of their previous five top-flight H2Hs as visitors. Indeed, San Mamés has recently been an unbreakable stronghold for ‘El Submarino Amarillo,’ as evidenced by the fact they’ve only won one of their last eight La Liga trips to this venue (D3, L4). 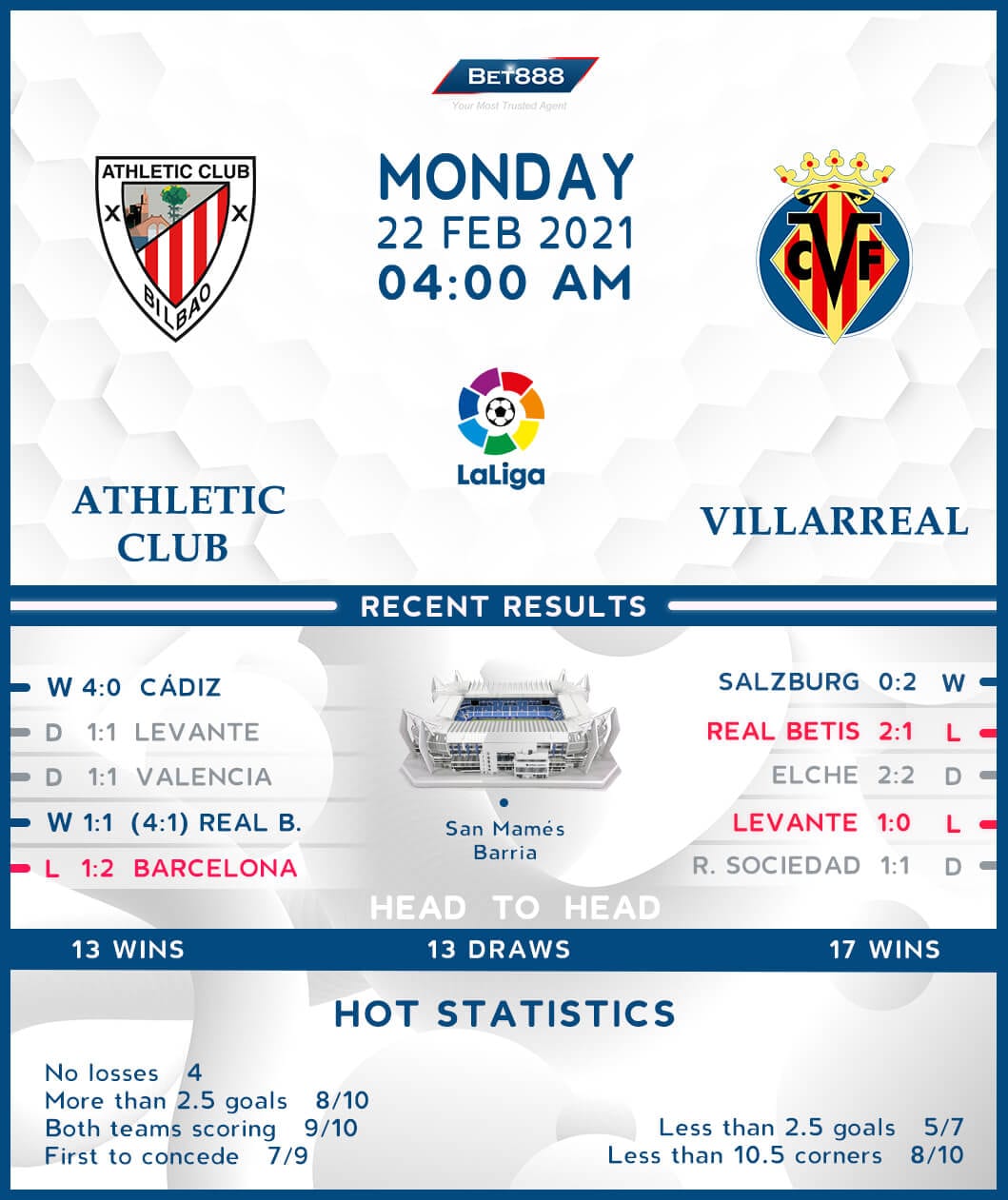