Atletico Madrid and Athletic Club will lock horns at the Estadio Wanda Metropolitano in a potentially low-scoring La Liga affair. Four of their last five league meetings have featured under 2.5 goals.

Atletico Madrid will be looking to return to winning ways after suffering a shocking 1-0 loss to lower-league side Cornella in the Copa del Rey midweek. In La Liga, however, ‘Los Colchoneros’ have won four consecutive matches since succumbing to a 2-0 defeat to Real Madrid in mid-December, keeping a clean sheet in the first half on each occasion. What’s more, Atleti boast an almost perfect home record in La Liga this season (W7, D1), returning a league-best +17 goal difference from their opening eight home games (GF:19, GA:2). Diego Simeone’s men must be eyeing up another successful weekend, knowing they have outplayed Athletic Club in each of their five previous top-flight meetings held in Madrid. By extension, Atleti’s last failure in such fixtures dates back to January 2011, with eight wins and a draw for the capital-based giants since then.

Meanwhile, Athletic Club have picked up only one victory in their last four La Liga matches (D1, L2) despite scoring the opening goal on three of those occasions. Away from home, ‘Los Leones’ have gone winless in seven consecutive league games (D3, L4) since beating Eibar 2-1 in their first La Liga trip of the season. A lack of ruthlessness in front of goal saw Athletic net under 1.5 goals six times across that seven-game sequence, with four of their six goals scored in that period coming before the 60-minute mark. Furthermore, they have drawn a blank in seven of their last ten competitive trips to Atletico. Marcelino’s men have established a habit of falling behind without recovering, suffering five defeats in six away La Liga fixtures when conceding the first goal. 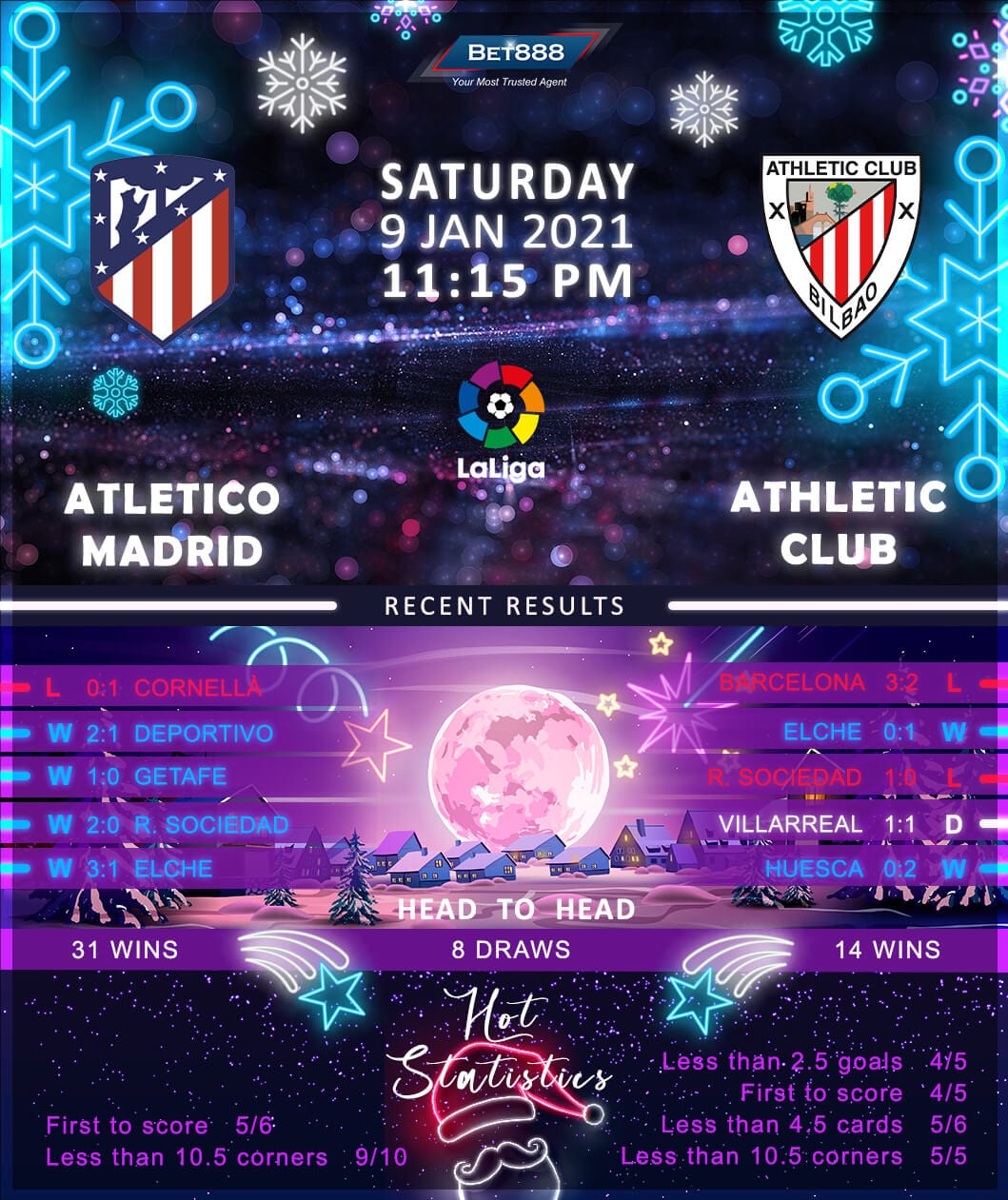