Atletico Madrid were held to an uneventful scoreless draw to Porto in their Champions League curtain-raiser. Yet, ‘Los Rojiblancos’ remain unbeaten in all five competitive matches this season (W3, D2), whilst in La Liga, they continue to put their combative spirit on full display. After eking out a 2-2 home draw against Villarreal in the 95th minute, Atletico staged a breathtaking 2-1 comeback against Espanyol last time out, with the winner in that encounter coming in the 99th minute. If they defeat Athletic Bilbao here, as they’ve done in six consecutive top-flight H2Hs as hosts, ‘Los Colchoneros’ will equal their second-highest at this stage of the season in the 21st century (13 points). Considering they take the field unbeaten in nine home La Liga outings on the trot (W7, D2), Atletico should be confident of achieving the feat.

Meanwhile, the visitors have gone from back-to-back La Liga draws on the opening two weekends to two consecutive victories ‘to nil,’ as they look to pull off three straight league wins without conceding for the first time since March 2015. However, it will require Athletic to defy their ‘Madrilean jinx’ that has seen them go winless in their last seven top-flight trips to the Spanish capital (D4, L3). What’s more, you have to go back to Atletico Madrid’s pre-Diego Simeone tenure to find the Basque side’s last La Liga victory in Madrid. Indeed, ‘Los Leones’ have lost all but one of their nine league trips to Simeone’s Atletico, barring a goalless draw in May 2015. Yet, after prevailing 2-1 in their most recent La Liga H2H, Athletic will believe they could bring a decade-long wait for back-to-back league triumphs over their hosts. 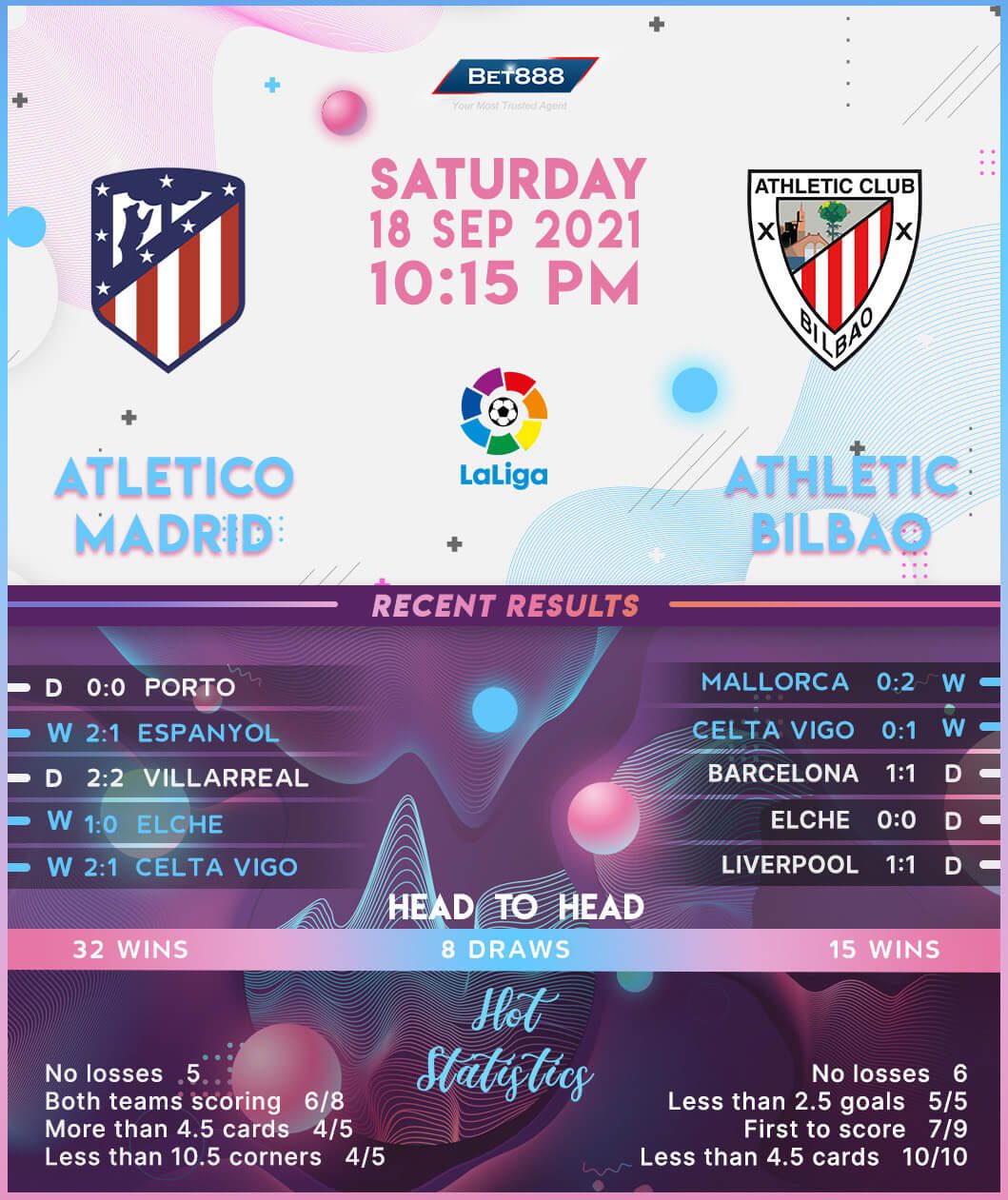