Atletico Madrid and Athletic Club will square off at the Estadio Wanda Metropolitano in an exciting midweek La Liga fixture.

A 1-1 home draw with Real Madrid over the weekend saw Atletico slip to just a single win in their last four La Liga outings (D2, L1), a sequence that allowed Barcelona to bridge the gap to only three points. Interestingly, before Karim Benzema’s 88th-minute equalizer, Diego Simeone’s men had boasted a 100% win-ratio in the league matches that saw them lead at half-time this term (GP12 – W11, D1). Additionally, the hosts have failed to win any of their last three home league fixtures (D2, L1) and could tie an unwanted record from 2006 that saw them go four home La Liga matches without winning. ‘Los Colchoneros’ can ill-afford any more slip-ups if they are to win the title and an encounter with a side they’ve defeated in eight of their last nine top-flight H2Hs as hosts (D1) comes in handy.

Meanwhile, a 2-1 home victory against Granada last time out saw Athletic extend their unbeaten run in La Liga to five matches (W2, D3), four of which witnessed both teams score. Away from home, ‘Los Leones’ have only won two of their 12 La Liga games this season (D4, L6), with both of those successes coming at the expense of bottom-half-of-the-table sides. Indeed, both of their top-flight trips to the current top-four teams have seen Bilbao lose by over 1.5 goals to one. That trend is hard to change here, as Marcelino Garcia Toral’s men last outscored Atletico in an away La Liga clash in 2011. Conceding the opening goal could further compromise their chances of winning, with Athletic failing to win any of their eight road league games in which they fell behind this season (D2, L6). 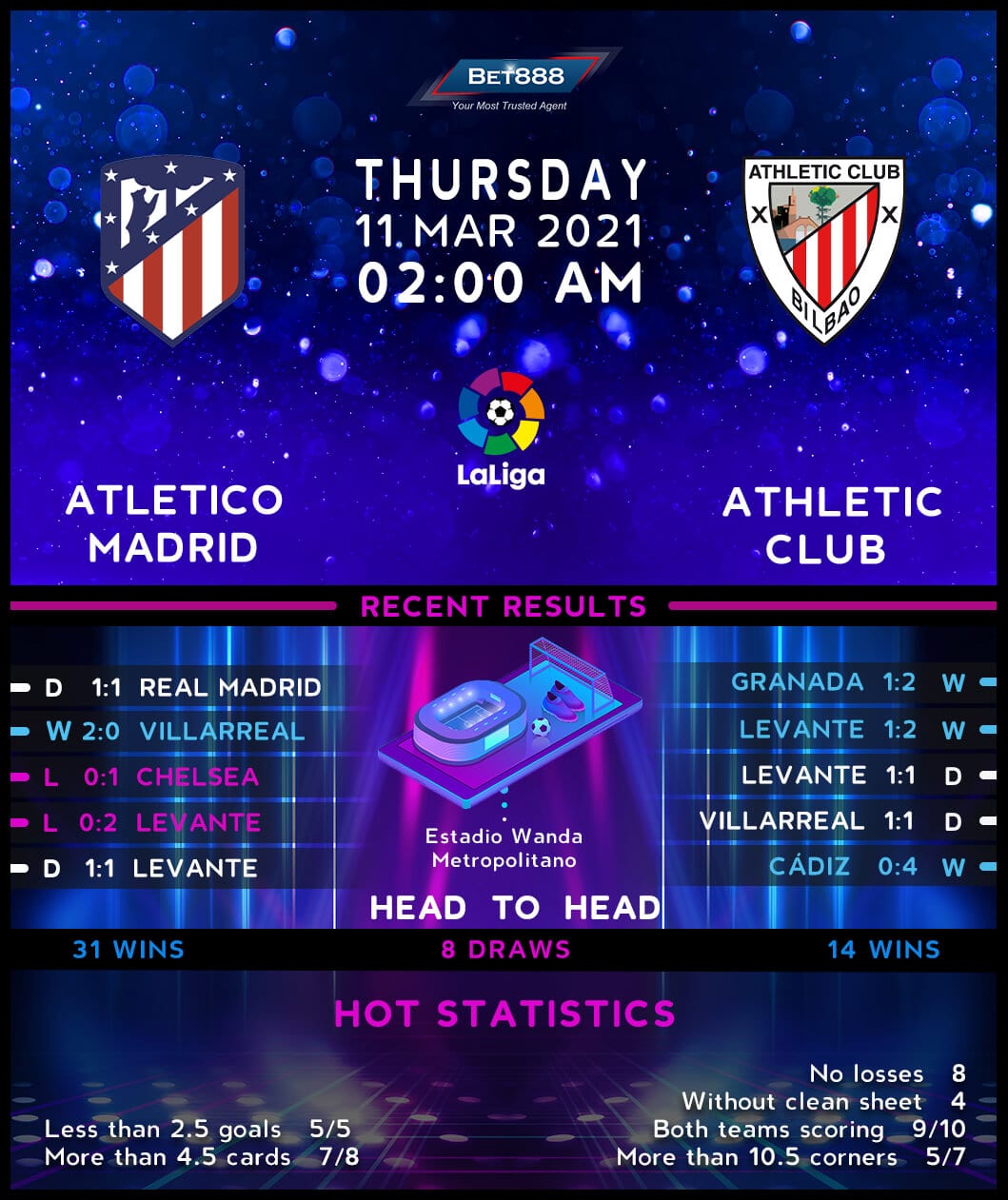