A lackluster European start has seen Atletico Madrid pick up just one victory in their opening four Champions League games (D2, L1), scoring under 1.5 goals on three of those occasions. Although ‘Los Colchoneros’ have won just two of their last seven Champions League matches against Bayern Munich (D1, L4), both of those triumphs came at home via the same 1-0 scoreline. Furthermore, they have suffered just one defeat in their last 24 Champions League home fixtures (W18, D5) and have yet to lose at home against the competition’s reigning champions (W3, D1). Additionally, Diego Simeone’s men have won five of their seven competitive home outings this season (D2), keeping a clean sheet in all but two of those games.

In the meantime, the visitors have already qualified for the Champions League knock-out stage after winning each of their opening four group stage matches. Indeed, Bayern Munich head into this encounter on a competition record winning streak of 15 games during which they scored an average of 3.86 goals per fixture, mustering a total of 58! What’s more, Hansi Flick’s men have won each of their last six Champions League matches on the road by an aggregate score of 27-7. However, the ‘Bavarians’ have managed just one victory in their last seven Champions League trips to Spain (D1, L5), though scoring over 1.5 goals in both of their previous visits to the country. It’s also worth mentioning that Bayern have failed to keep a clean sheet in their last three group stage outings, facing a total of 28 shots on target in Group A so far. 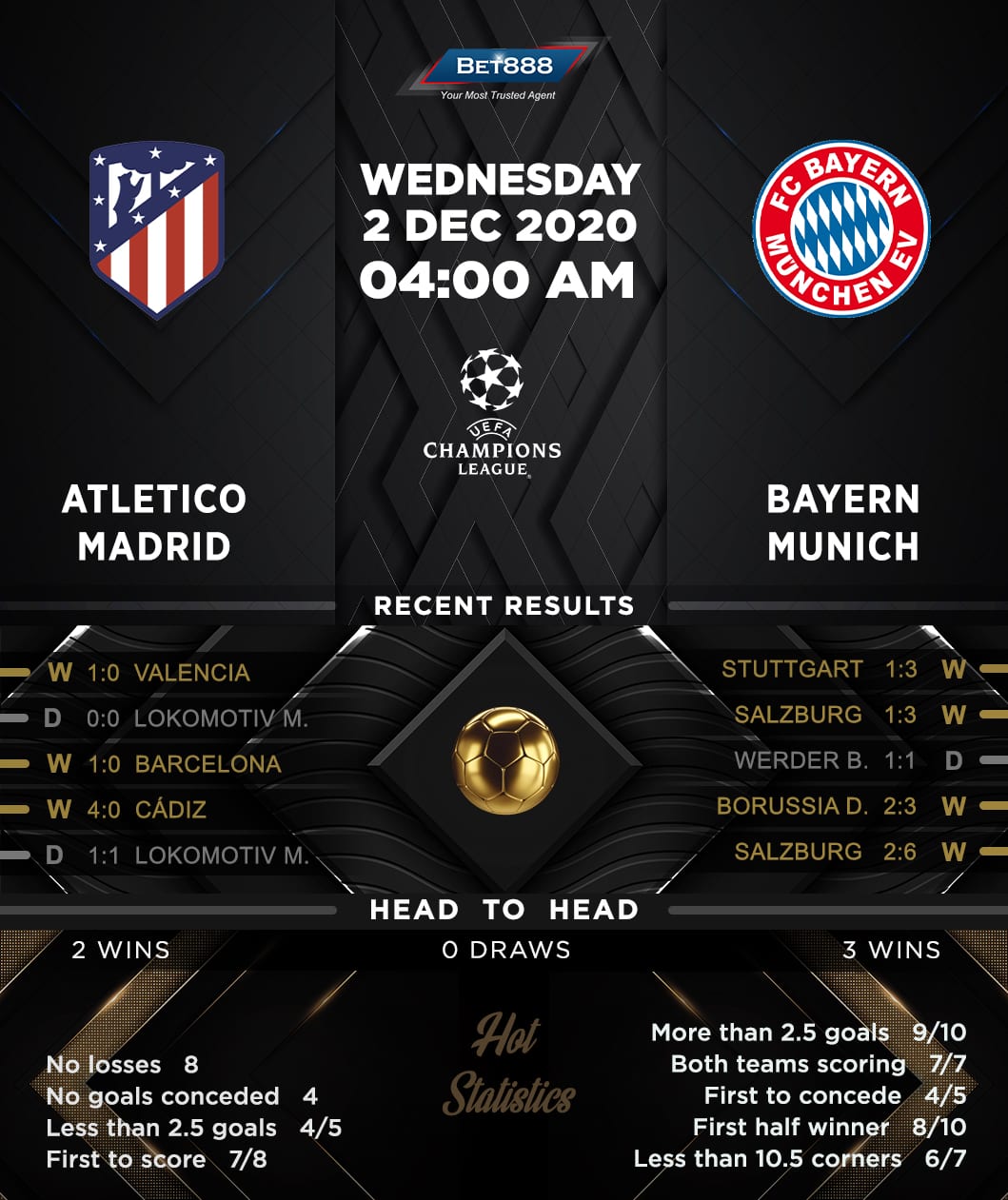