Atletico Madrid and Chelsea go head-to-head at the Arena Națională in Budapest for the first leg of their UEFA Champions League last-16 tie.

Atletico Madrid head into this encounter on the back of a 2-0 La Liga defeat to Levante, which marked their first competitive reverse at home since December 2019. However, that loss should not rattle the home side’s cage, as they have not lost any of their 13 home matches in the Champions League knock-out stages under Diego Simeone (W9, D4). Intimidatingly, ‘Los Colchoneros’ have not conceded a single goal versus non-Spanish opponents in any of their last 11 Champions League knock-out games on home soil! On the flip side, however, Atletico Madrid have failed to keep a clean sheet in seven consecutive fixtures across multiple competitions for the first time under Simeone. Having that said, Atletico have not outplayed Chelsea in any of their three UEFA European meetings as hosts this millennium (D2, L1), conceding precisely twice per game on two occasions in that period.

Meanwhile, Thomas Tuchel has yet to taste defeat since taking charge of Chelsea in late January (GP:7 – W5, D2), seeing his team preserve a blank sheet five times in the process. Curiously, the ‘Blues’ are the last side to beat Atletico Madrid in an away European encounter. Adding to their encouragement, the Premier League giants have won each of their three Champions League games on the road this season, scoring a competition-high ten goals in the process. A tight contest is well on the cards, given each of Chelsea’s last four competitive away matches has seen the sides separated at full-time by under 1.5 goals (W3, D1) and featured one or fewer first-half goals. What’s more, the Stamford Bridge outfit managed to stay robust at the back throughout the entire Champions League group-stage campaign, conceding a competition second-low two goals for their trouble. 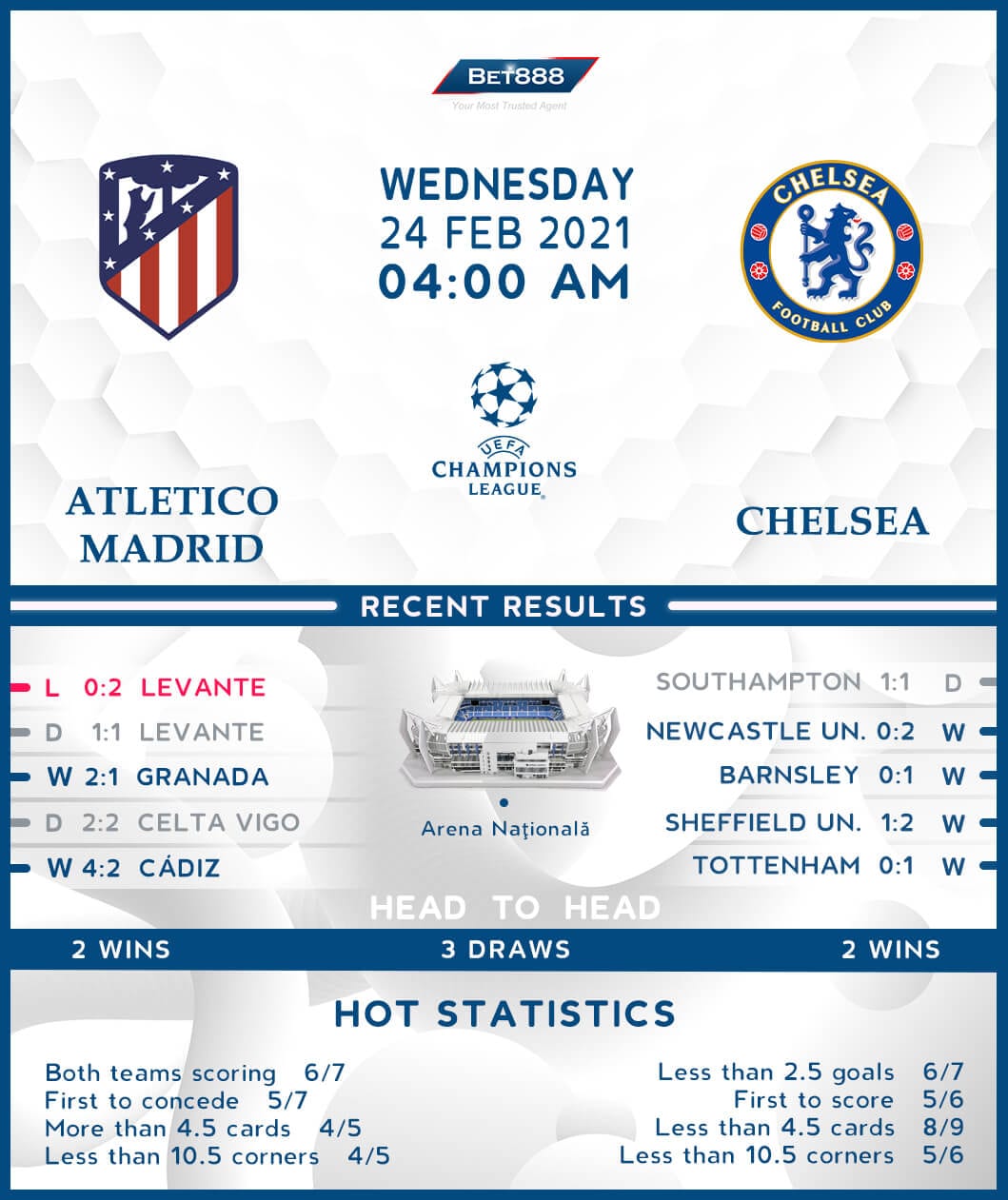