Atletico Madrid will be desperate to return to winning ways in La Liga when they meet rock-bottom Eibar at the Estadio Wanda Metropolitano this weekend.

A return of just two wins from their last six La Liga matches (D3, L1) has seen Atletico allow Real Madrid to reduce the gap to a single point. Winless in back-to-back league matches for the second time in 2021, ‘Los Rojiblancos’ can ill-afford another slip-up if they are to lift the crown this season. Luckily for Diego Simeone, his men will lock horns with an Eibar side they have never lost to in a top-flight encounter at home (W4, D2), netting 2+ goals on four occasions. A half-time lead is likely to propel Atletico to all three points, given their impressive 91.67% win ratio in matches that saw them win the first half this La Liga season (W11, D1). Quick out of the blocks, ‘Los Colchoneros’ have scored the opening goal (if any) in 71.43% of their home league games this term.

On the other hand, Eibar have gone winless in 13 La Liga games in a row (D4, L9) after winning their first league fixture in 2021 (2-0 against Granada), setting an unwanted club record in the process. Ahead of the kick-off, the visitors are nailed to the bottom of the table, albeit only four points adrift of 17th-placed Real Valladolid. A genuine lack of firepower in the front third has seen Eibar score the joint-low 22 goals this La Liga season, though 14 (63.64%) of those strikes arrived away from home. Worryingly, ‘Los Armeros’ have dropped the joint-high 16 points from winning positions this season (GP10 – W4, D2, L4). Poor first-half performers, Jose Luis Mendilibar’s men have won the first half only twice in 30 league outings this season (HT: W2, D15, L13). 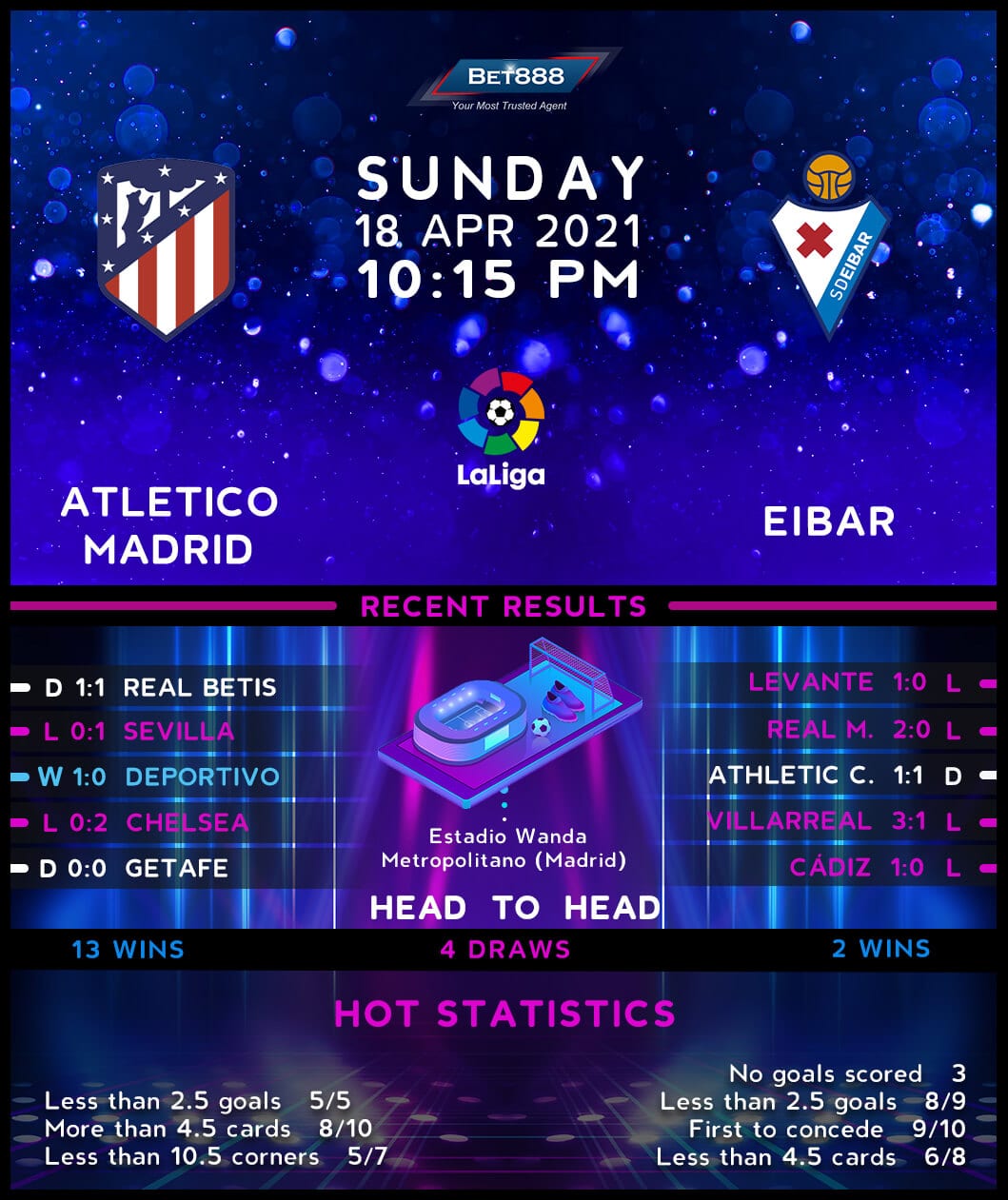