Atletico Madrid will be looking to return to winning ways in La Liga when they take on Elche at the Estadio Wanda Metropolitano.

After going undefeated in their opening ten La Liga fixtures (W8, D2), Atletico Madrid did succumb to a 2-0 away loss to Real Madrid last time out. The Wanda Metropolitano has been a fortress this season, however, as ‘Los Rojiblancos’ have won five of their six league games here (D1), four via at least a two-goal margin. Indeed, Diego Simeone’s men have shipped a league-low one home goal so far while scoring a division second-high 15 in the process. Particularly aggressive after the half-time break, they have recorded 11 (73.33%) of those 15 goals scored in the second half of play, which makes them the only side in La Liga to reach double digits in the second 45 minutes. It could be another field day for Atletico here, as they’ve won six of their last La Liga clashes against Elche.

In the meantime, the visitors have failed to win any of their six previous La Liga matches (D4, L2), five of which featured under 2.5 total goals. Also, ‘Los Franjiverdes’ have gone from back-to-back away league victories to three La Liga trips without a win in a row (D2, L1), with just one of those five games producing 3+ goals. It will be a daunting prospect for Elche to rediscover their early form in Madrid, considering they have lost 18 of their 21 top-flight trips to Atletico (D3), drawing a blank in each of their five competitive away matches to these hosts this millennium. Goals have been at a premium for Jorge Almiron’s men this season, too, as they’ve scored one or less in four of their five La Liga games on the road. It’s worth noting that Elche have lost three of their four league fixtures where they conceded the opening goal (D1). 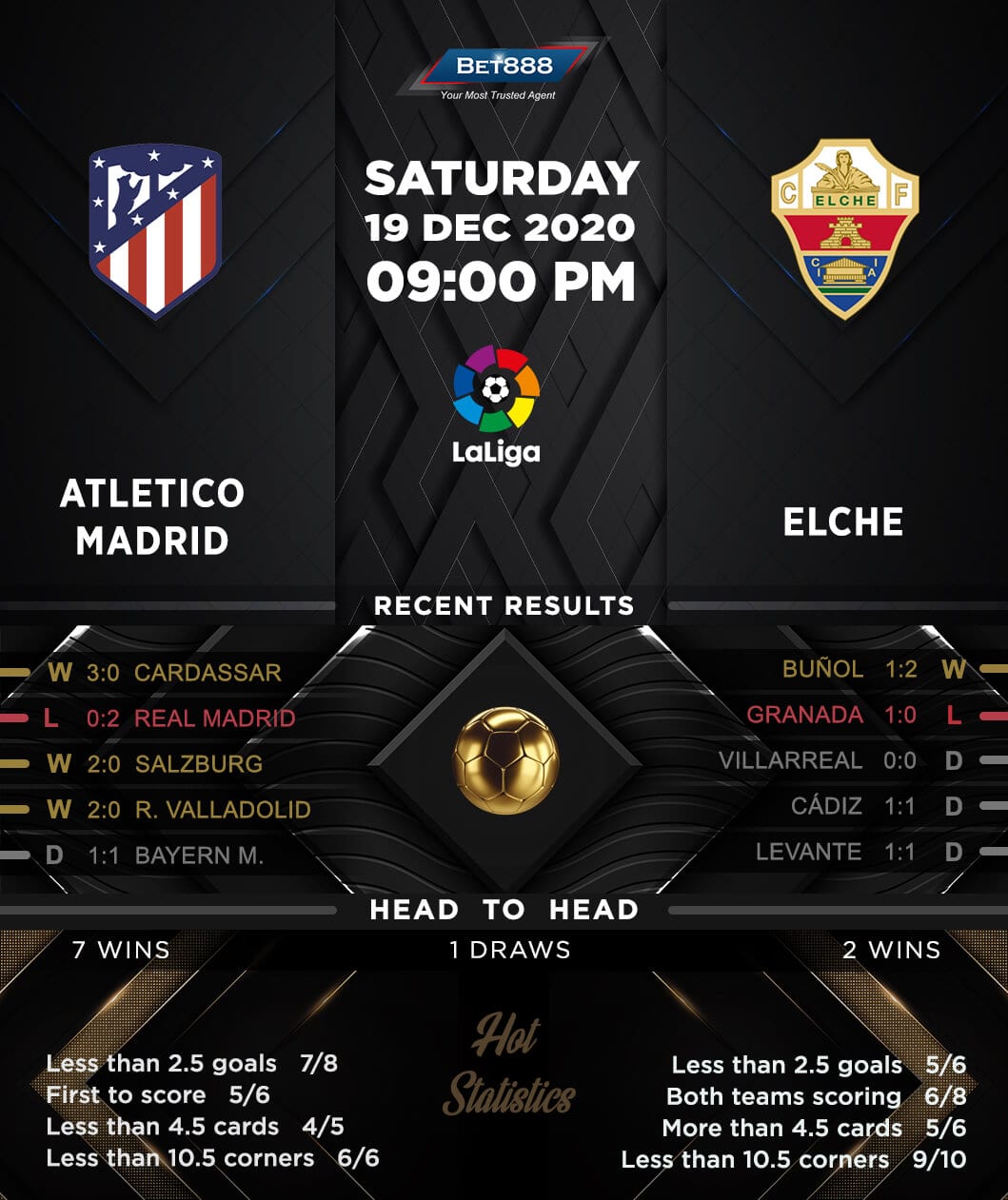