Atletico Madrid and Getafe are set to face off at the Estadio Wanda Metropolitano, with the home side looking to post their third consecutive La Liga victory.

Atleti not only boast the highest win-ratio in La Liga this season (76.92%), but they have also conceded a league-lowest five goals so far. Furthermore, ‘Los Rojiblancos’ have won six of their seven top-flight home matches this term (D1), keeping a clean sheet on five of those occasions. In fact, no team has preserved more blank sheets than Diego Simeone’s side (9), with four of their five La Liga goals conceded coming beyond the 60th minute. Another landslide victory is well on the cards, considering they have won each of their last nine league meetings held in Madrid ‘to nil,’ with eight yielding multiple-goal margins. Atletico Madrid’s attacking set-up usually sparks into life after the half-time break, as evidenced by the fact that 13 (72.22%) of their 18 home La Liga goals scored have arrived in the second half of play.

Meanwhile, the visitors have failed to win eight of their last nine league fixtures (D4, L4), netting under 1.5 goals on seven of those occasions. Curiously, ‘Los Azulones’ have drawn a blank in four of their six La Liga trips this season, scoring precisely two goals apiece in the other two. Indeed, Getafe’s tally of one first-half goal scored on the road is the division’s worst. Additionally, they have failed to find the net in each of their 17 previous competitive meetings with Atletico Madrid, losing 15 of them (D2). What’s more, before defeating Cadiz 2-0 in their last away La Liga match, Jose Bordalas’ men had gone winless in 11 consecutive league trips, last season included (D6, L5). 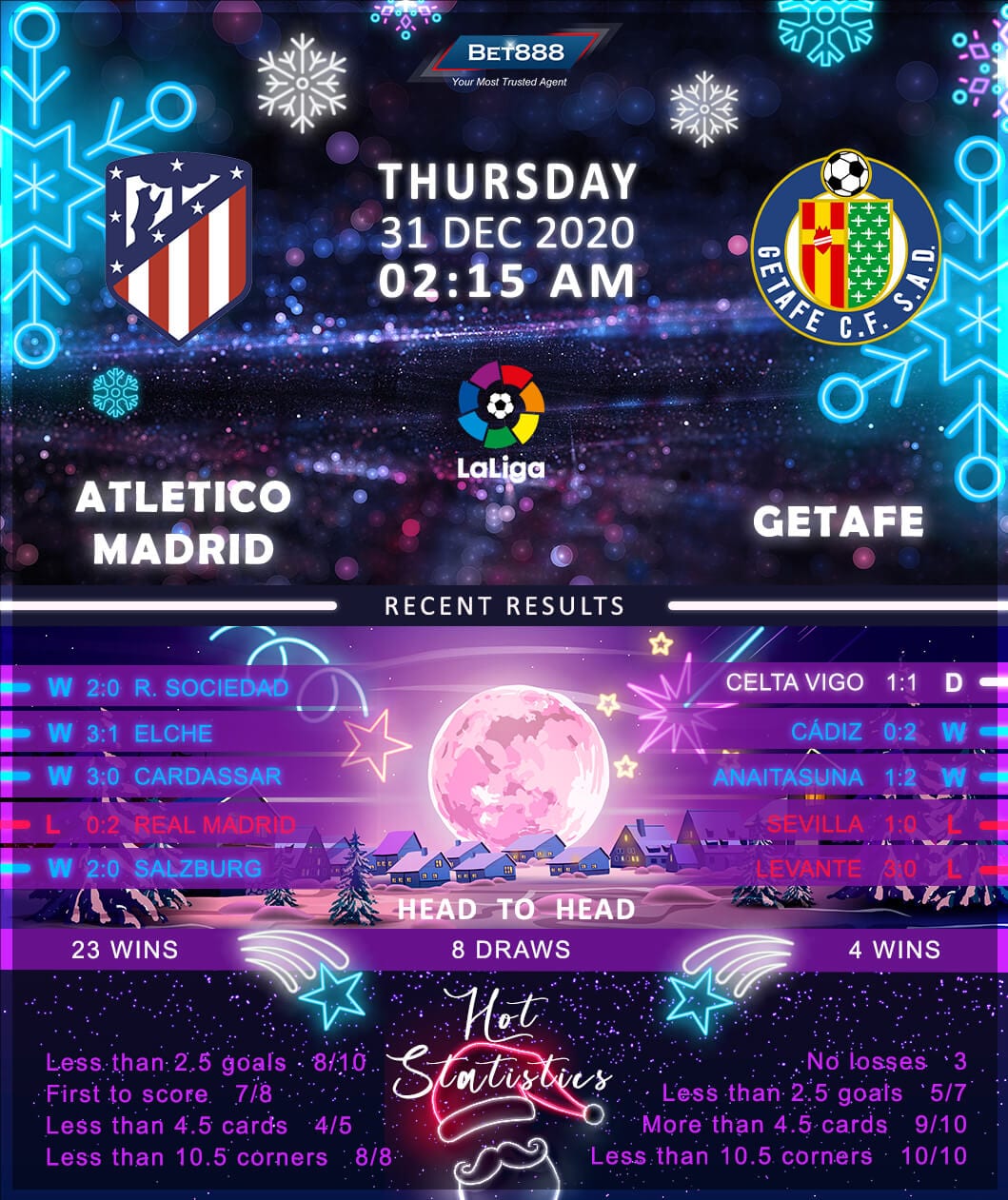