Atletico Madrid will be looking to maintain an unbeaten European record against Lokomotiv Moscow (W4, D2) when the two sides meet at the Estadio Wanda Metropolitano in the UEFA Champions League.

The hosts have accrued a win, draw, and loss from their opening three group stage fixtures, all of which featured precisely two first-half goals, with the last two yielding the same 1-1 HT score. But, Atletico Madrid will be confident of securing three points here, as they’ve won each of their four previous European clashes against Russian clubs as hosts, keeping a clean sheet in the last two such successes. What’s more, ‘Los Colchoneros’ have gone unbeaten in ten European meetings with Russian sides (W8, D2) since losing 2-0 to Rubin Kazan in 2013. Things get better for the Spanish powerhouse, considering they’ve suffered just one defeat in their last 23 home Champions League matches (W18, D4), going unbeaten in 11 (W9, D2) since Chelsea triumphed in Madrid in 2017.

As for the visitors, they have yet to taste victory in the Champions League this season (D2, L1), with each of their three group stage outings seeing both teams score. A trip to Spain could erase more painful memories, as Lokomotiv have never beaten La Liga clubs on the road, suffering seven defeats in their previous eight visits to the country (D1). Additionally, Marko Nikolic’s men have preserved a clean sheet in just one of their last 20 away matches in the Champions League, conceding a total of 36 goals across those road trips. In turn, they have let in over 1.5 goals in each of their last three competitive away matches, conceding an average of 3.00 goals across those fixtures. 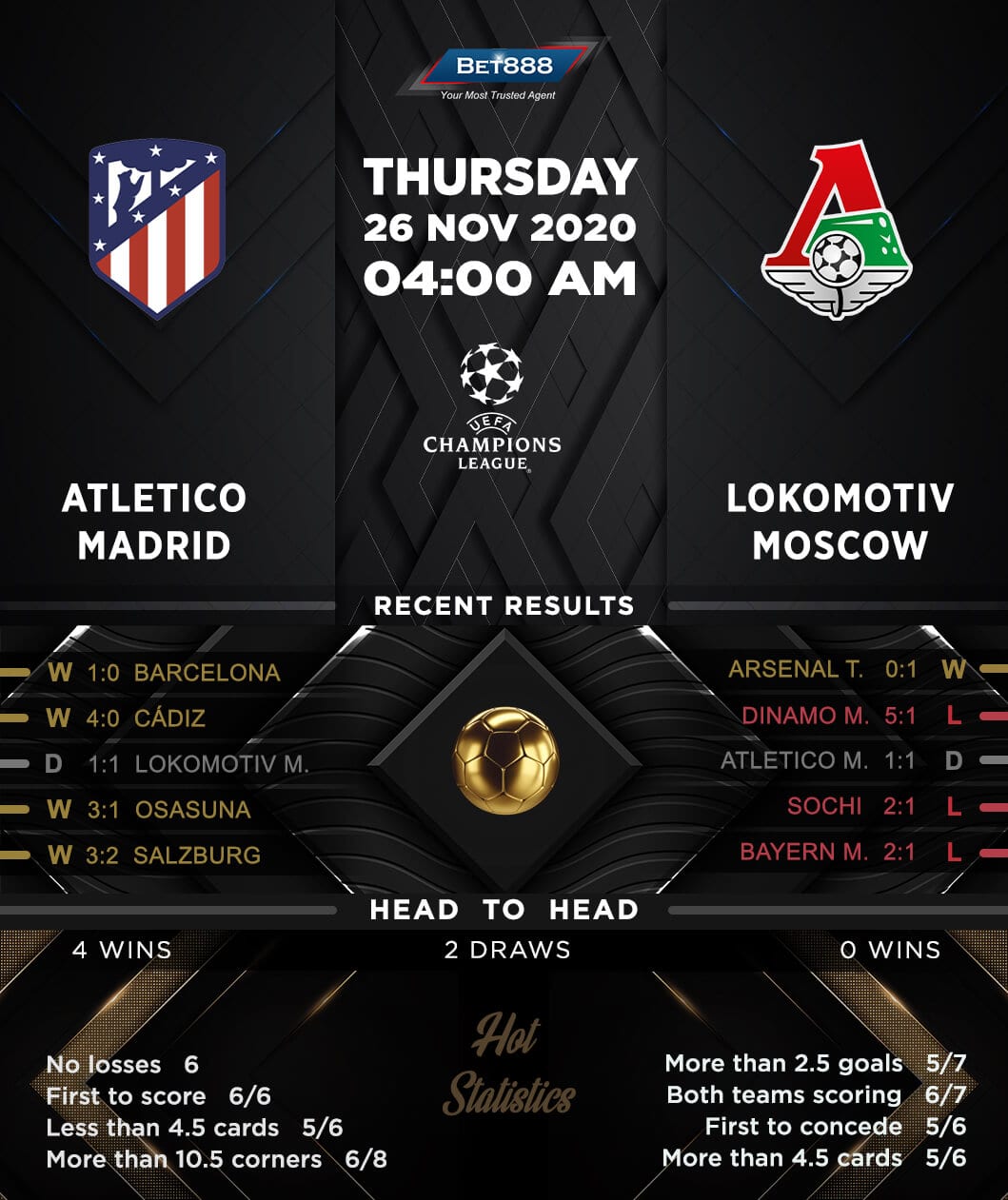