Atletico Madrid’s chase of their first La Liga title since 2014 continues this weekend as they entertain mid-table Osasuna at the Estadio Wanda Metropolitano.

Unbeaten in their last three La Liga outings (W2, D1), Atletico Madrid go into proceedings holding a slender two-point lead on second-placed Real Madrid at the league summit. Atletico’s recent La Liga matches have been notably tight as ten of the last 12 have seen the sides separated by under 1.5 goals at full-time (W6, D4, L2). Ahead of the kick-off, ‘Los Colchoneros’ have netted 2+ goals in three consecutive home league fixtures, last scoring at least twice in four home La Liga games in a row back in April 2016. Particularly lethal post restart, Diego Simeone’s men have bagged a league-high 13 goals inside the opening 15 minutes of the second half this season. Notably, Atletico have won their last four top-flight H2Hs as hosts by an aggregate score of 10-1.

On the other hand, this is a formidable challenge for Osasuna as they’ve lost each of their last five La Liga meetings with Atletico, conceding 3+ goals on four occasions in this run. Going back to 2007, ‘Los Rojillos’ have failed to get on the scoresheet in six of their last nine league trips to Madrid, scoring precisely once in two of the other three. Topically, Jagoba Arrasate’s men have netted under 1.5 goals in nine of their 11 La Liga trips since the calendar flipped to 2021. At the other end of the pitch, they’ve been quite vulnerable after the break this season, registering a clear majority (64%) of their total league goals conceded so far in the second half of play (29/45). 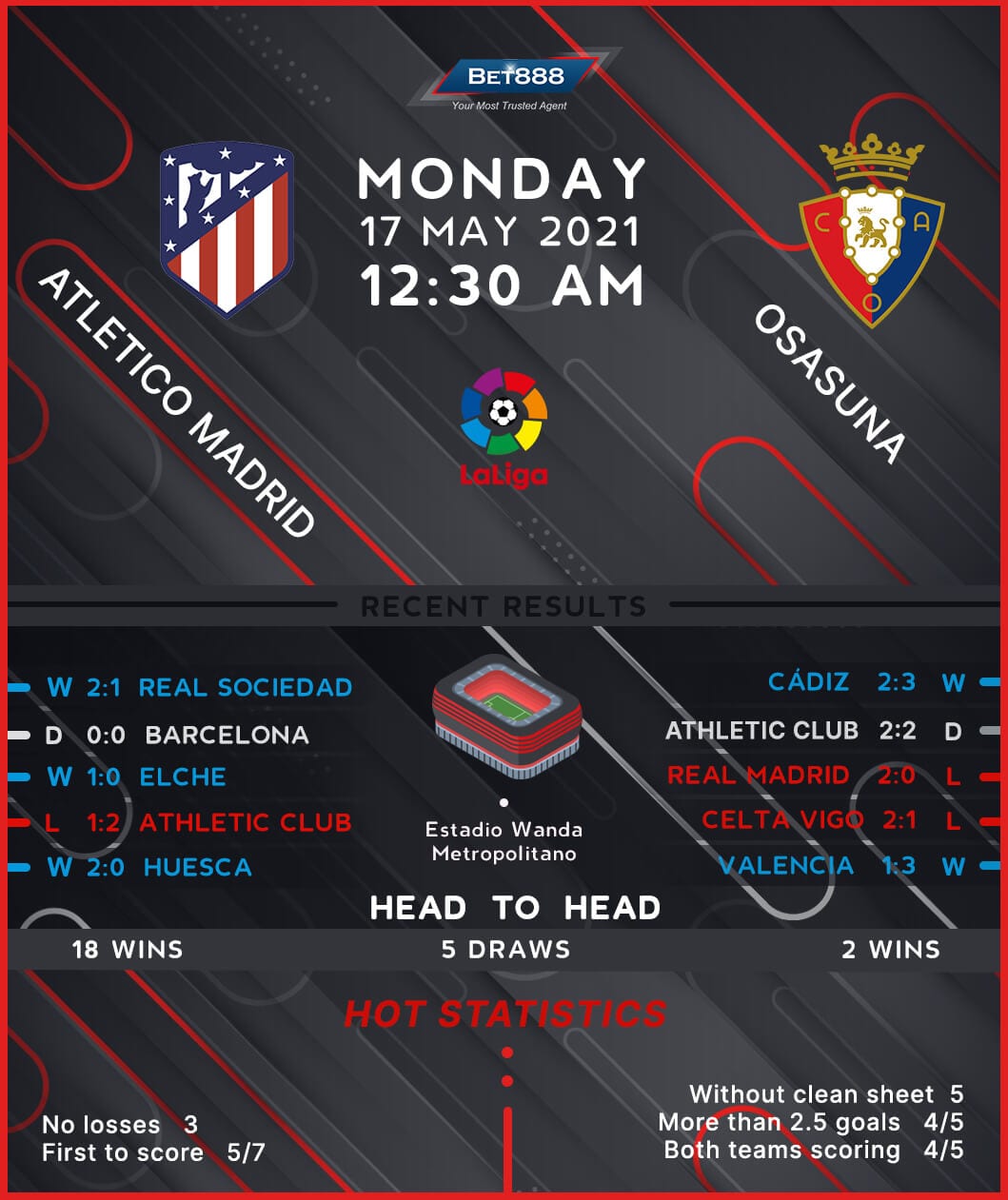