Estadio Wanda Metropolitano is the venue as Atletico Madrid and Porto lock horns in their 2021/22 UEFA Champions League opener.

Reigning La Liga champions Atletico Madrid go into this new Champions League campaign amid a purple patch, having won three of their inaugural four top-flight matches this term (D1). Encouraged by a stunning 2-1 comeback against Espanyol at the weekend, ‘Los Colchoneros’ will look to lay the groundwork for their eighth Champions League group-stage progression at the ninth attempt. Even if they don’t win here, it may not affect Atletico’s chances of making it out of the group phase, as they’ve reached the Champions League knock-outs in the last two seasons despite failing to win their curtain-raiser on each occasion (D1, L1). ‘Los Rojiblancos’ enter this fixture in high spirits, knowing they’ve suffered just two defeats in their previous 11 European meetings with Portuguese clubs (W7, D2), though one of those reverses came against Porto.

A victory here would see Porto establish perfect balance to their overall European H2H record (W2, D3, L3) and improve their underwhelming 29% win rate against Spanish sides across major European competitions. Notably, the Portuguese giants have successfully negotiated their last four Champions League group stage campaigns, which speaks highly of their European credentials. Porto can also fall back on their imperious recent European form on the road, as they’ve won four of their last five away games in the Champions League group stage (L1). Moreover, before succumbing to a 2-0 loss to their most recent Champions League trip to Atletico, Porto had held this opposition winless in their previous two away H2Hs in this competition (W1, D1). That, coupled with their ten-game unbeaten away streak in all competitions (W6, D4), suggests the visitors could upset the odds here. 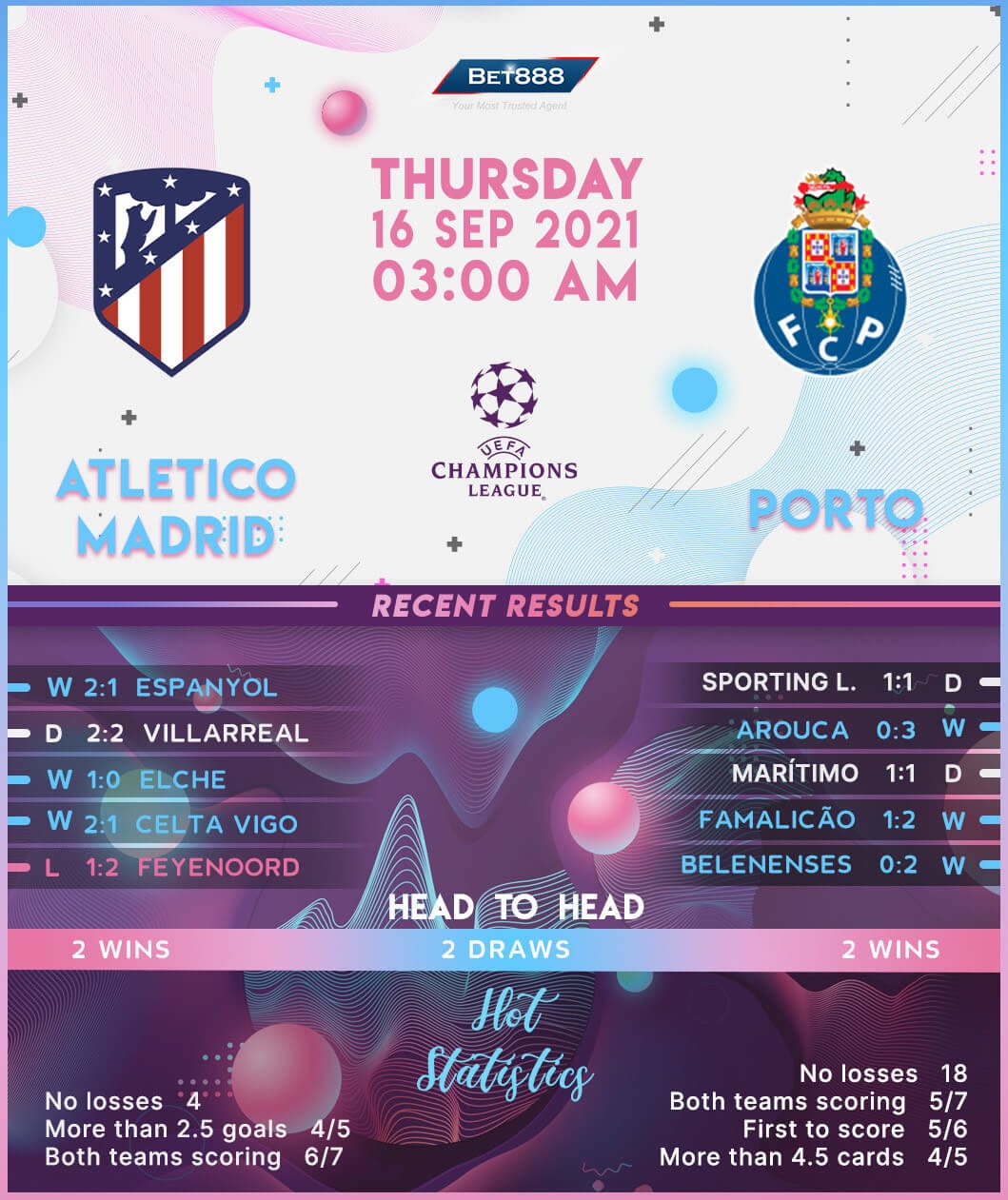