Estadio Wanda Metropolitano is the venue, as Atletico Madrid and Real Madrid go head-to-head in a massive La Liga fixture that could have a decisive impact on the title race.

Atletico Madrid won 2-0 at Villarreal last time out, bringing a two-game winless run in La Liga to a halt (D1, L1). However, ‘Los Colchoneros’ have suffered back-to-back home defeats in all competitions and now face the risk of losing three in a row for the first time under Diego Simeone. Atletico may set another unwanted record if they fail to score, as neither team has ever drawn a blank in four consecutive Madrid derbies in La Liga. Additionally, ‘Los Rojiblancos’ have not defeated cross-town rivals in their last nine meetings in La Liga (D5, L4), their longest wait for a win in the Madrid derby under Simeone. Starting well would help, as the hosts have notably won 100% of the league matches in which they were leading at half-time this season (11/11).

Meanwhile, a 1-1 home draw with Real Sociedad saw Real Madrid’s four-match winning run in La Liga come to a halt. Away from home, ‘Los Blancos’ have gone undefeated in eight league games (W5, D3) since losing at Valencia in November 2020, winning the last three by an aggregate score of 7-2. Curiously, Real Madrid are the only team yet to lose a top-flight fixture at Wanda Metropolitano (W1, D2), with both of those draws yielding the same 0-0 scoreline. Zinedine Zidane’s men boast intimidatingly strong away starts, having conceded the opening goal in just one of their 13 La Liga trips this term. But, low-scoring first halves have been a common theme for Real on the road this season, as eight of their 13 away league fixtures have produced under 1.5 goals before half-time. 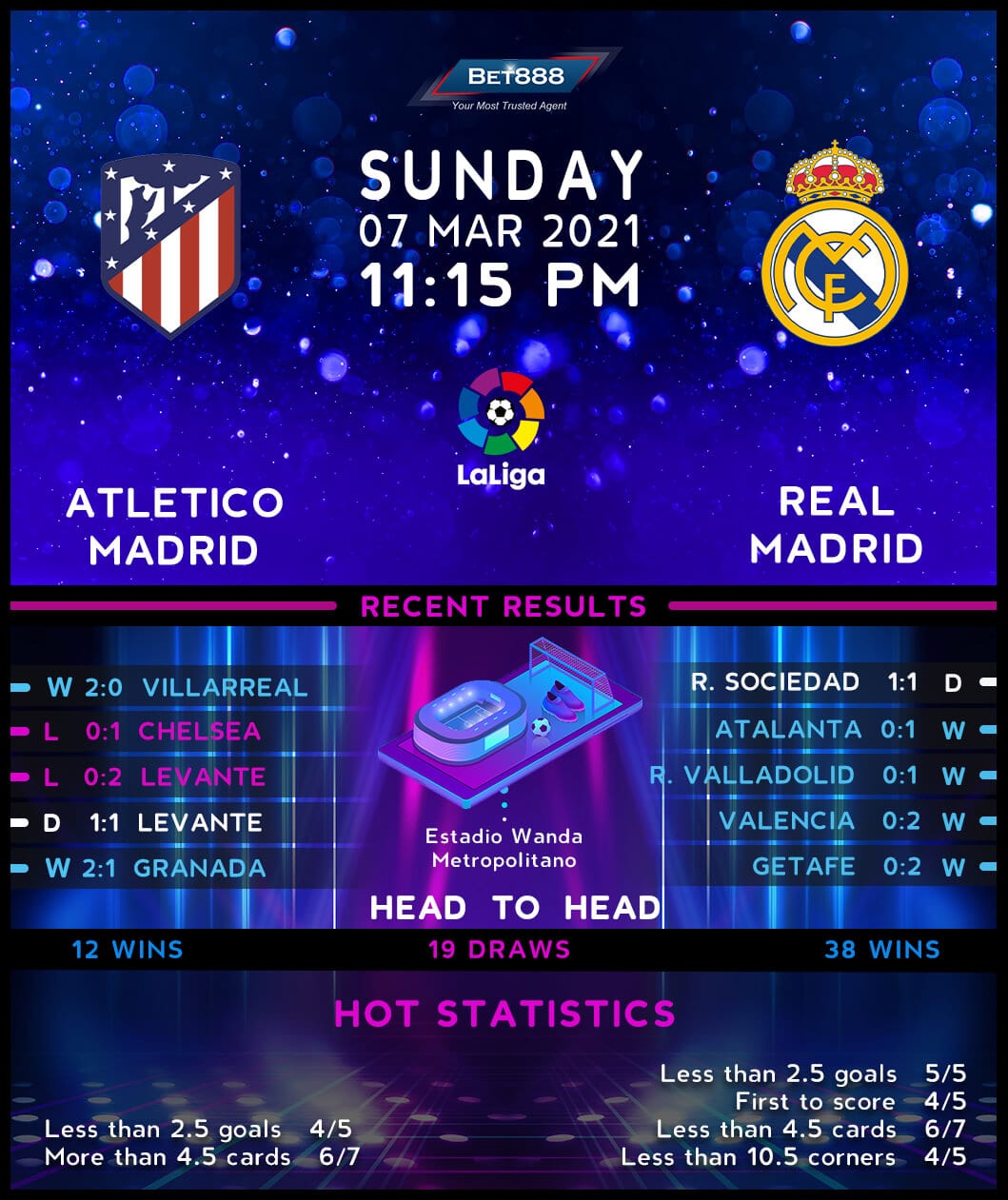