Atletico Madrid’s hopes of winning their first La Liga title in seven years are on the line as Real Sociedad arrive at the Estadio Wanda Metropolitano for an exciting match-up.

Atletico Madrid’s bore draw with Barcelona at Camp Nou last time out left them alone at the summit, albeit only two points clear of closest chasers Real Madrid. Diego Simeone’s men have clocked up a four-game winning streak in home La Liga fixtures and are now in a prime position to stretch that run to five as they come up against a side they’ve defeated in six of their last seven top-flight H2Hs as hosts (D1). Unsurprisingly, ‘Los Rojiblancos’ boast the best defensive record at home in La Liga this season, having conceded just nine goals in 17 league games at the Wanda Metropolitano, an average of 0.52 per match. Atletico have an almost perfect win ratio in La Liga fixtures that saw them lead at half-time this season (GP15 – W14, D1).

In the meantime, Real Sociedad’s 2-0 home victory over relegation-threatened Elche in their most recent La Liga outing means that none of their last five league matches have ended level (W3, L2). Entertainment has been sparse in Sociedad’s away La Liga fixtures over the past few months as six of the last seven have featured under 2.5 total goals. Curiously, ‘La Real’ have avoided defeat in each of their previous three top-flight meetings with Madrid sides in the capital (W1, D2), last putting together four such away contests without a loss back in 1980. Sociedad’s cagey beginnings on the road have seen only two sides concede fewer first-half goals away from home than Imanol Alguacil’s men (7) thus far. 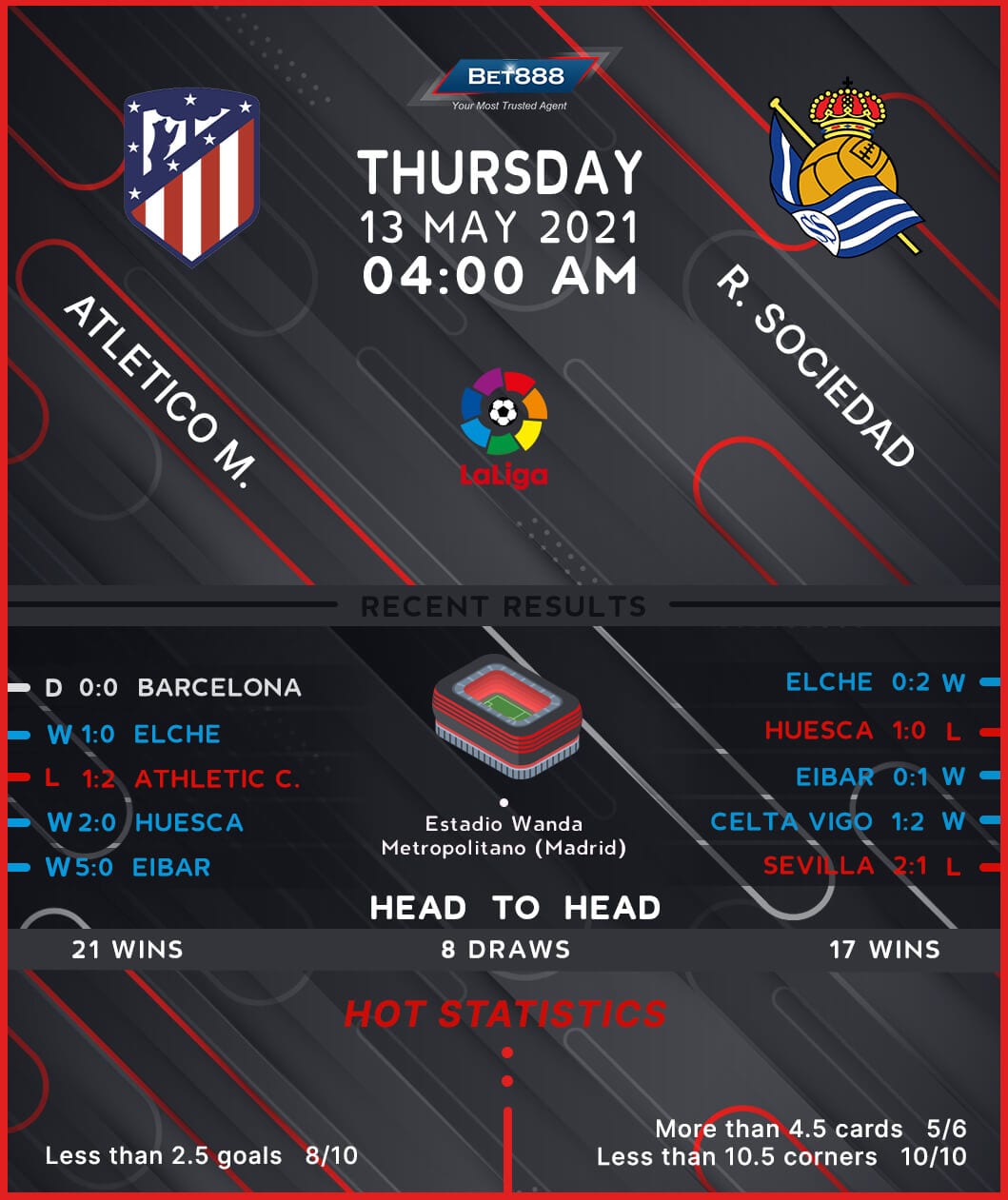