Atletico Madrid and Sevilla are set to face off at the Estadio Wanda Metropolitano in an exciting La Liga fixture.

Atletico Madrid have shrugged off the stress after losing 2-0 to Real Madrid on December 12, picking up four consecutive La Liga victories since to remain alone at the summit. Wanda Metropolitano has been a fortress this season, as ‘Los Colchoneros’ have won seven of their eight league matches here (D1), conceding a league-low two goals across those fixtures. At the other end of the pitch, Diego Simeone’s men are one of only two sides to reach double digits in the context of the second-half goals scored at home (13), hitting the net inside the final 15 minutes of play in half (4) of their eight La Liga home games. Atletico will be confident of maintaining their intimidating home form, as they take on a team they’ve not lost to in any of their last 11 top-flight meetings held in Madrid (W5, D6).

On the other hand, the Andalusian visitors head into this clash unbeaten in six La Liga matches (W4, D2) since succumbing to a 1-0 defeat to Real Madrid in early December, with three of their victories in this run coming ‘to nil.’ Indeed, the ‘clean-sheet’ theme has been quite significant in the context of Sevilla’s top-flight success this season, as two-thirds of their La Liga wins have been ‘to nil’ (6/9). Still, Julen Lopetegui’s men have failed to impress when winning, as seven of their nine league triumphs have arrived by a narrow one-goal margin. Additionally, ‘Los Nervionenses’ have not lost any of their last four away La Liga matches (W3, D1), with each win coming by the same 1-0 scoreline and seeing the winner scored beyond the 80th minute. 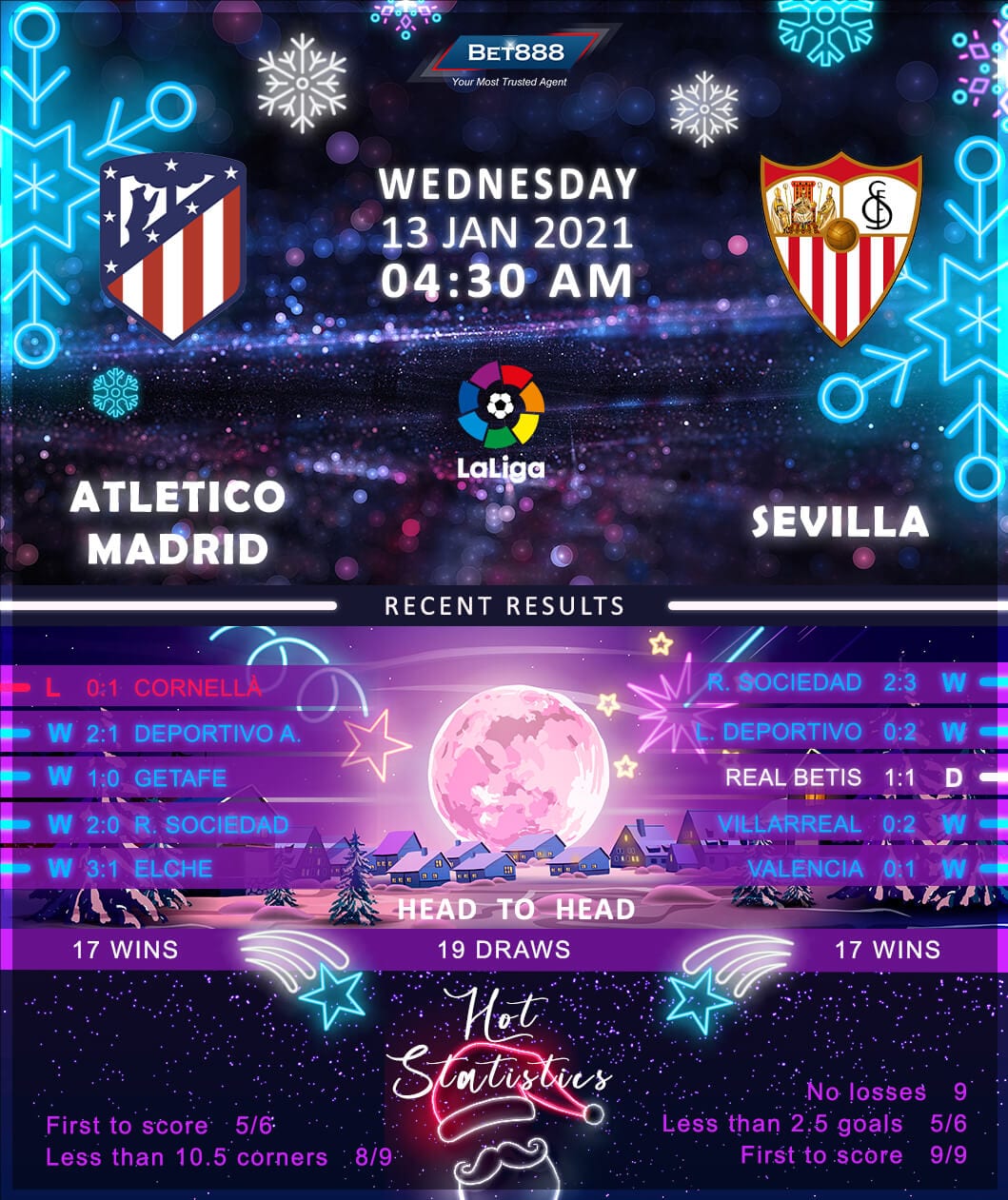