Atletico Madrid performed a comeback to beat Eibar 2-1 on the road last time out, extending their winning La Liga streak to six matches and moving seven points clear at the summit. Additionally, ‘Los Colchoneros’ boast an almost perfect La Liga home record this season (W9, D1), returning an intimidating +19 goal difference from ten home league fixtures (GF:21, GA:2). Far more lethal after the half-time break, Diego Simeone’s men have registered two-thirds of their La Liga goals scored at home this term in the second half of play (14/21). Another successful weekend for Atletico is well on the cards, considering that they’ve not lost any of their last nine top-flight meetings with Valencia in the capital (W5, D4), conceding under 1.5 goals on eight of those occasions.

Meanwhile, Valencia are unbeaten in five competitive matches this calendar year (W3, D2) despite scoring precisely once per game in three of them. In La Liga alone, ‘Los Murciélagos’ have picked up the victory only once in their previous ten fixtures (D6, L3), scoring one goal or less seven times in the process. Valencia pulled off a tight 1-0 win at Real Valladolid in their last league trip after going winless in six successive away league matches beforehand (D3, L3). Conceding the opening goal could prove fatal to the visitors’ hopes of avoiding defeat here, as they’ve lost three of the four away La Liga games in which they shipped the opener this season (D1). Easier said than done, especially considering they’ve recorded just 30% of their league goals scored on the road in the first half of play. 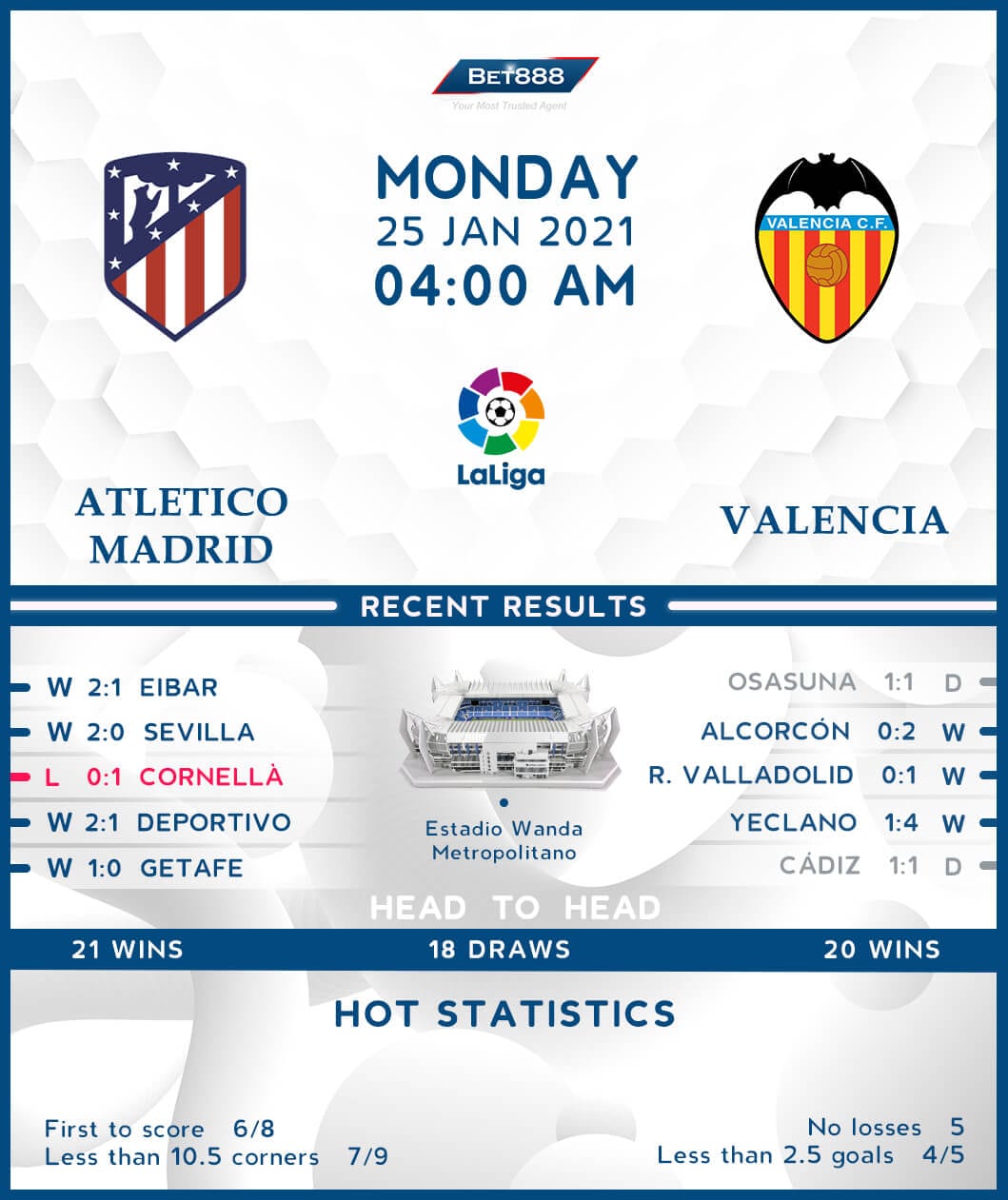