Atletico Mineiro and Boca Juniors have everything to play for at the Mineirão following a goalless draw in the first leg of their Copa Libertadores qualifying tie.

Atletico Mineiro head into proceedings in the midst of a purple patch, having won five of their last six matches in all competitions, barring a scoreless first-leg stalemate in Buenos Aires. Yet, if the ‘Galo’ win here, it may well be tight, considering each of their last four triumphs came by a narrow one-goal margin. Since succumbing to a 2-1 loss to domestic rivals Fortaleza in late May, Cuca’s men have racked up a five-game unbeaten streak on home turf (W4, D1) despite failing to keep a clean sheet four times in that span. Notably, Atletico MG have suffered just one defeat in 22 competitive home games since the turn of 2021 (W17, D4, L1), with 64.71% of those victories yielding a winning margin of 2+ goals.

On the other hand, Boca Juniors have drawn three consecutive matches in all competitions (90 mins only) since a 3-0 home thumping of The Strongest in the Copa Libertadores back in late May. For Boca, goals have been at a premium lately, with Miguel Angel Russo’s side drawing a blank in six of their last nine outings in all competitions, netting precisely once per game in each of the remaining three. Additionally, the ‘Xeneizes’ have picked up just one win in their previous five Copa Libertadores fixtures (D2, L2), failing to get on the scoresheet in each game they didn’t win. Moreover, the visitors have gone from back-to-back away victories to going winless in five straight competitive road trips (D2, L3 – 90 mins only), with all three losses yielding the same 1-0 scoreline. 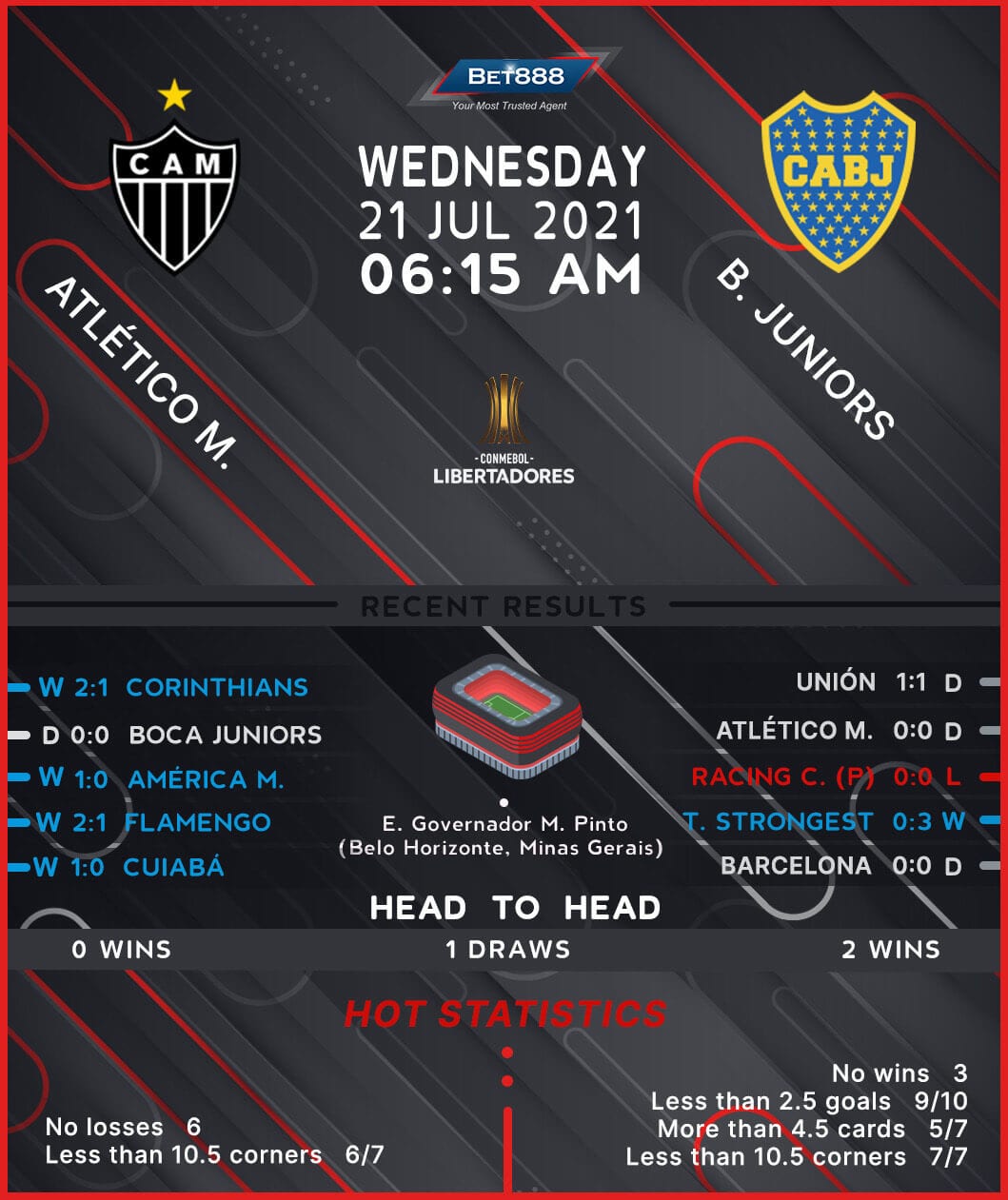