Augsburg play host to Bayern Munich as the two sides meet at WWK Arena in a potentially high-scoring Bundesliga clash. Their last five league meetings here have seen over 3.5 goals and both teams on the scoresheet.

Augsburg have lost their last two Bundesliga fixtures via multiple-goal margins, failing to score in the first half of play on each occasion. As a result, none of their five previous league matches have ended level (W2, L3), with four of the games won/lost in this period seeing the winner on the day preserve a blank sheet. Furthermore, the ‘Fuggerstädter’ are winless in their last five home Bundesliga outings (D2, L3), conceding over 1.5 goals per match in four of them. In such a climate, Heiko Herrlich’s men welcome a Bayern side they’ve shipped 2+ goals against in each of their six previous top-flight meetings held at this venue (D1, L5). Particularly vulnerable in the second half of play, Augsburg have recorded 73.33% of their home Bundesliga goals conceded this season after half-time (11/15).

Meanwhile, the visitors secured a tight 2-1 home Bundesliga win over Freiburg last time out, putting a slight crisis to bed (L2). However, the ‘Bavarians’ have accrued a win, a draw, and a loss in their last three away league matches, failing to keep a clean sheet on each occasion. In fact, Hansi Flick’s men have yet to register a single Bundesliga shutout on the road this season, conceding an average of 1.75 goals per league trip so far. At the other end of the pitch, the reigning German champions have netted the division-high 22 first-half goals (home and away). Indeed, free-scoring Bayern have scored 3.00 goals per Bundesliga match on average this season and are only two goals shy of smashing a 50-goal barrier! Interestingly, each of Bayern’s last four league trips has seen the opener scored within 20 minutes of play. 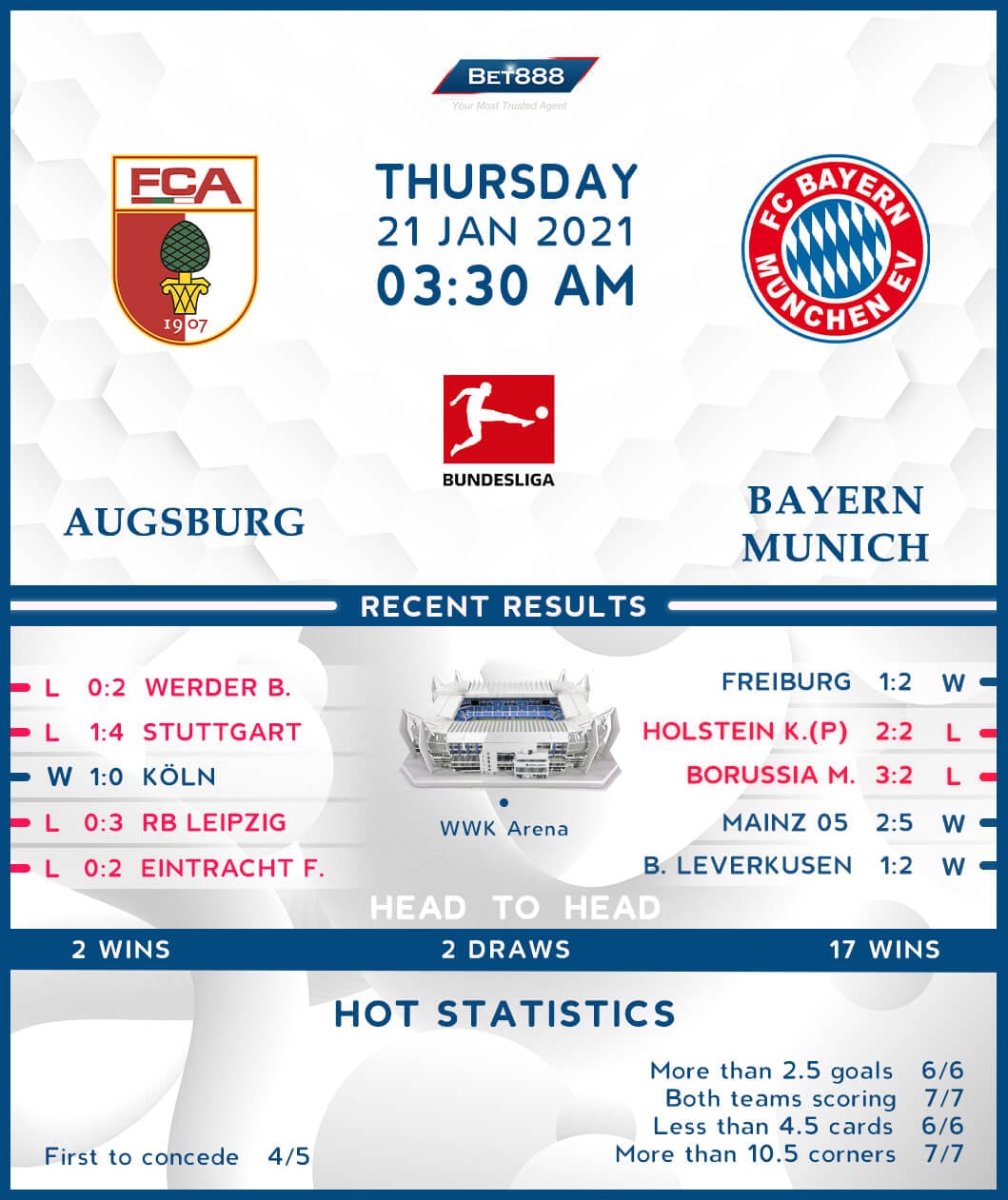