Borussia Dortmund’s elusive pursuit of their first Bundesliga crown in a decade continues away to relegation-battling Augsburg at WWK Arena.

Augsburg head into proceedings off the back of consecutive Bundesliga defeats to Freiburg and Borussia Monchengladbach, both of which saw them concede two goals within 50 minutes of play. Defensive stubbornness has not been Augsburg’s strong suit this season, as only four Bundesliga sides have conceded more league goals than them (40) so far. But despite failing to keep a clean sheet in nine of their 11 Bundesliga home matches this term, the ‘Fuggerstädter’ can at least draw confidence from shipping 2+ goals in just 36% of them. Augsburg won’t have to look beyond their three-game home league form against Dortmund to find inspiration (W2, L1). They’ve scored 2+ goals in each of those three matches, which has been the case in just four of their 11 Bundesliga home fixtures this season.

On the other hand, Borussia Dortmund drew 2-2 away to Rangers in midweek Europa League action as they bowed out of the competition via a 6-3 aggregate defeat. However, ‘Die Borussen’ have felt much more comfortable in domestic proceedings, having won each of their last two Bundesliga matches by 3+ goals ‘to nil,’ to maintain their faint hopes of beating Bayern Munich to the title this season. Moreover, Marco Rose’s men have won their last three away league games in a row, as many victories as in their first eight top-flight travels this campaign. Having kept back-to-back Bundesliga clean sheets for the first time since April 2021, Dortmund recorded their highest-margin league triumph over Gladbach (6-0) last time out since September 2018. Confidence must be flowing around the travelling camp, with Borussia scoring more goals (22) than any other Bundesliga side in the second half of the season. 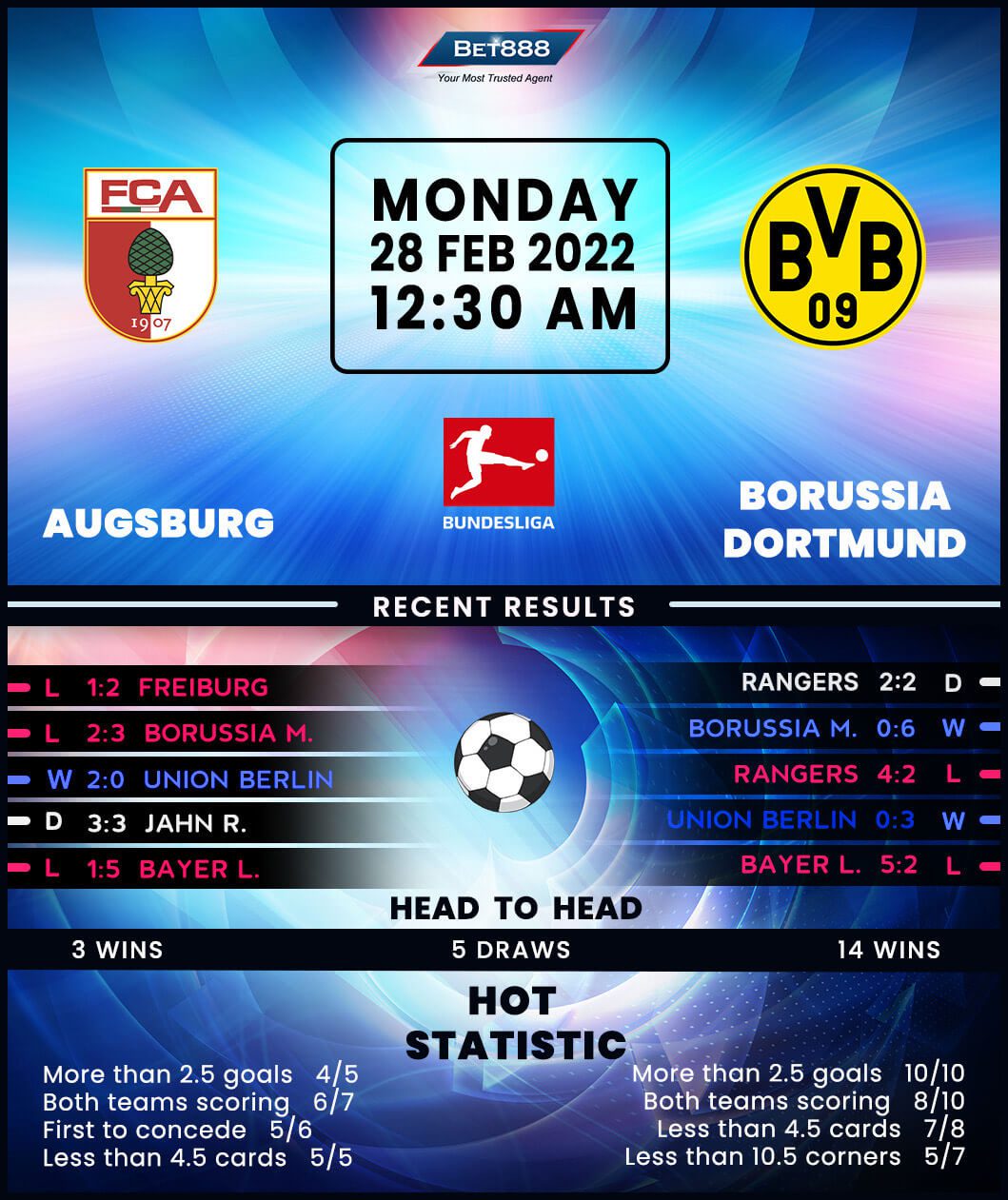