The hosts are not enjoying the best of times, having clinched just one triumph in their last six Bundesliga outings (D1, L4), conceding over 1.5 goals in defeat in that time. Furthermore, Augsburg have only managed to win one of their last nine home top-flight fixtures (D3, L5), frustratingly surrendering the lead in two-thirds of those games. Losing the first half could well mean an end for the home side’s hopes of avoiding defeat, given that they have resigned the points in seven of the eight league matches in which they were trailing at half-time this season (D1). Late action is on the cards, however, as 58.33% of Augsburg’s games this Bundesliga campaign have seen a goal scored inside the final 15 minutes of play (14/24).

A heartbreaking 1-0 loss to Bayer Leverkusen at home last time out inflicted a third consecutive reverse on Borussia Monchengladbach, stretching their winless Bundesliga streak to six games (D2, L4). Gladbach’s recent matches have been notably tight, as eight of the last nine in all competitions have seen the sides separated at full-time by under 1.5 goals (W1, D2, L6). Another potential worry for ‘Die Fohlen’ could be a lack of composure in front of goal that has witnessed them fail to find the net in four of their last six competitive fixtures. Against this backdrop, Marco Rose’s men will be confident of scoring here, having got on the scoresheet in each of their last eight top-flight meetings with Augsburg, managing an average of 2.15 goals netted per game. 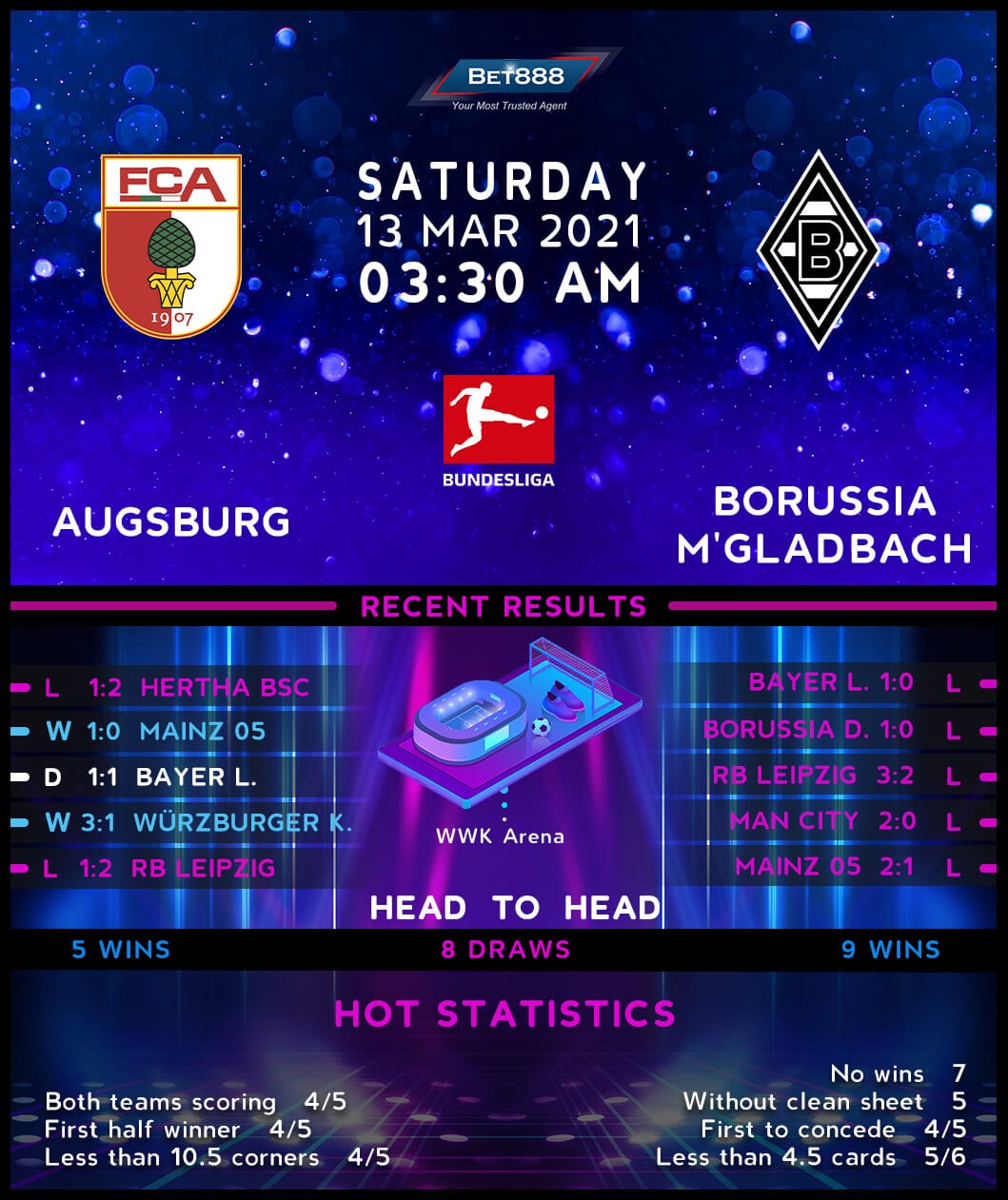