Augsburg and RB Leipzig go head-to-head at the WWK Arena in an exciting DFB Pokal encounter.

A 2-0 home defeat to Eintracht Frankfurt last time out did leave Augsburg on a single win in their seven previous competitive fixtures (D3, L3), as they continue to struggle in front of goal. Indeed, the ‘Fuggerstädter’ have scored under 1.5 goals six times across that seven-game sequence, drawing a blank in the first half on five of those occasions. At home, they have failed to win any of their last four competitive outings (D2, L2), conceding 2+ match goals three times in the process. Curiously, seven of the eight goals they conceded across those four games came in the second half of play. Furthermore, Heiko Herrlich’s men are winless in four previous meetings with Leipzig as hosts in all competitions (D1, L3), scoring one goal or less in each of those contests.

Meanwhile, Leipzig take the field unbeaten in seven matches across all competitions (W5, D2), though they only played out a goalless draw with Koln last time out. The visitors’ away games have been notably tight in recent times, as each of their six previous such affairs has ended separating the sides by under 1.5 goals (W2, D2, L2). But, before defeating TSG Hoffenheim 1-0 in their last road trip, ‘Die Roten Bullen’ had failed to keep a clean sheet in six consecutive fixtures away from home, conceding an average of 2.33 goals during this run. At the other end of the pitch, Julian Nagelsmann’s men have been quite lethal early on, as evidenced by the fact that seven of their last eight goals scored have come before the 60-minute mark. 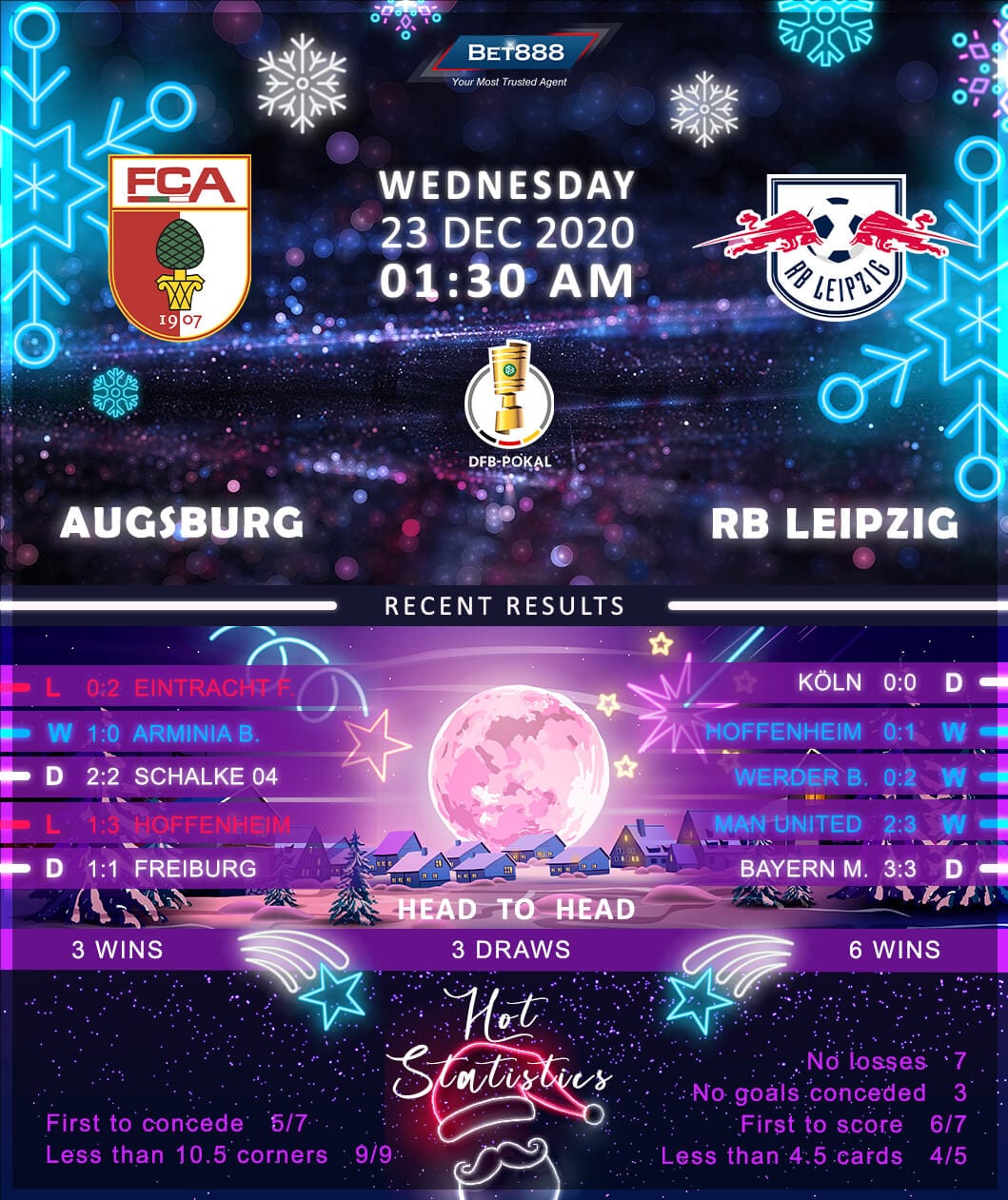