Australia and Jordan will lock horns at the Al Kuwait Sports Club Stadium as the visitors look to improve their chances of reaching the third stage of the 2022 World Cup qualifying campaign.

An astonishing start to their 2020 World Cup qualifying campaign has seen Australia reach the third qualifying round after seven matchdays. Indeed, the Australians have won all of their seven qualifying fixtures by an aggregate score of 27-2, prevailing by a winning margin of 3+ goals six times in the process. Delivering action from the get-go, Graham Arnold’s men have netted the opening goal inside the first 13 minutes in each of their three home outings in the World Cup qualifying campaign, adding at least one more before half-time on each occasion. Another landslide victory is a near-certainty, considering the ‘Socceroos’ have won both of their only previous home meetings with Jordan in the World Cup qualifiers by an aggregate score of 9-1.

Meanwhile, only a victory could save Jordan’s hopes of finishing as one of the four best second-placed teams in the 2022 World Cup qualifying campaign. Since losing 1-0 to Australia in the reverse fixture back in November 2019, the visitors have gone undefeated in their subsequent three World Cup qualifiers (W2, D1), keeping a clean sheet on each occasion while prevailing by at least a three-goal margin in each win. Away from home, the ‘Chivalrous’ have not lost any of their three matches in the ongoing World Cup qualifying campaign (W2, D1), winning the first half ‘to nil’ in both successes. High scoring has been a theme in Jordan’s recent away games as three of their last four road trips have featured over 2.5 goals. 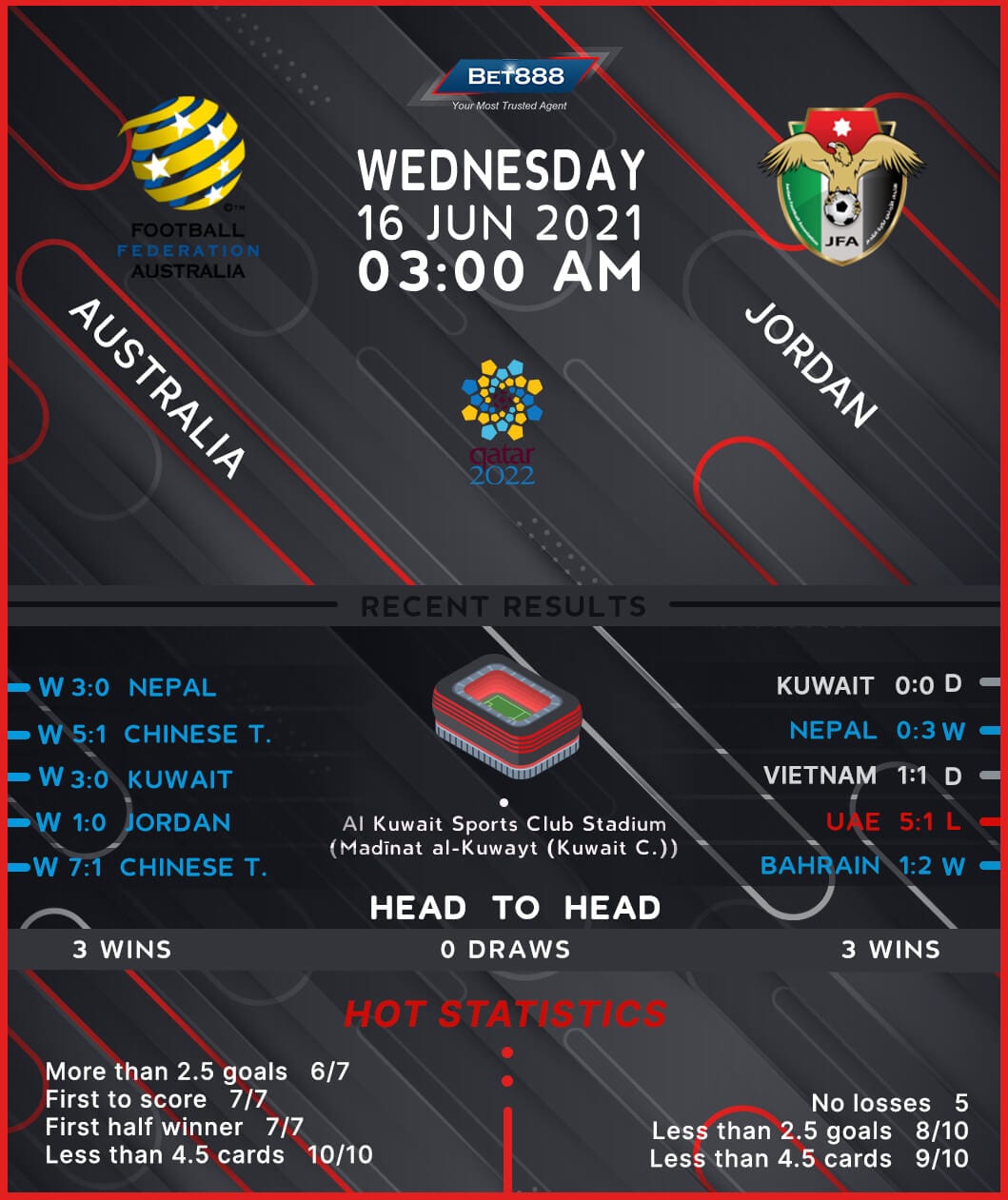