Australia and Kuwait will lock horns at the Jaber Al Ahmad International Stadium in the World Cup Qualifying match that may well determine the fate of the nominal visitors in this encounter.

Australia have got off to a flying start to their World Cup Qualifying campaign, winning all four matches in Group B by an aggregate score of 16-1. Indeed, barring a 1-0 away victory against Jordan in their most recent qualifying fixture, each of Australia’s remaining three wins in the qualifying series has yielded a winning margin of 3+ goals. Delivering action from the onset, the ‘Socceroos’ have opened the scoring within the first 15 minutes of play in all four World Cup Qualifying games so far, netting 2+ first-half goals on three occasions. Another landslide victory is well on the cards, considering each of Australia’s last three meetings with Kuwait has yielded at least a three-goal win. Over the last two World Cup Qualifying series, they have sustained just two losses in 26 matches (W18, D6).

Meanwhile, except for a 3-0 home thumping to Australia on Matchday 2, Kuwait have avoided defeat in their remaining four World Cup Qualifying fixtures (W3, D1), keeping a clean sheet on each occasion. A substantial 70.59% of Kuwait’s goals scored in the ongoing qualifying series have come in the second half of play (12/15). Away from home, the ‘Blue’ are on a three-game wait for a clean sheet, with Andres Carrasco’s team registering just a single shutout in four meetings with Australia on foreign soil. At the other end of the pitch, goals have been at a premium for Kuwait on the road. They have failed to score in eight of their last 13 matches away from home, netting precisely once per game in two of the other five. 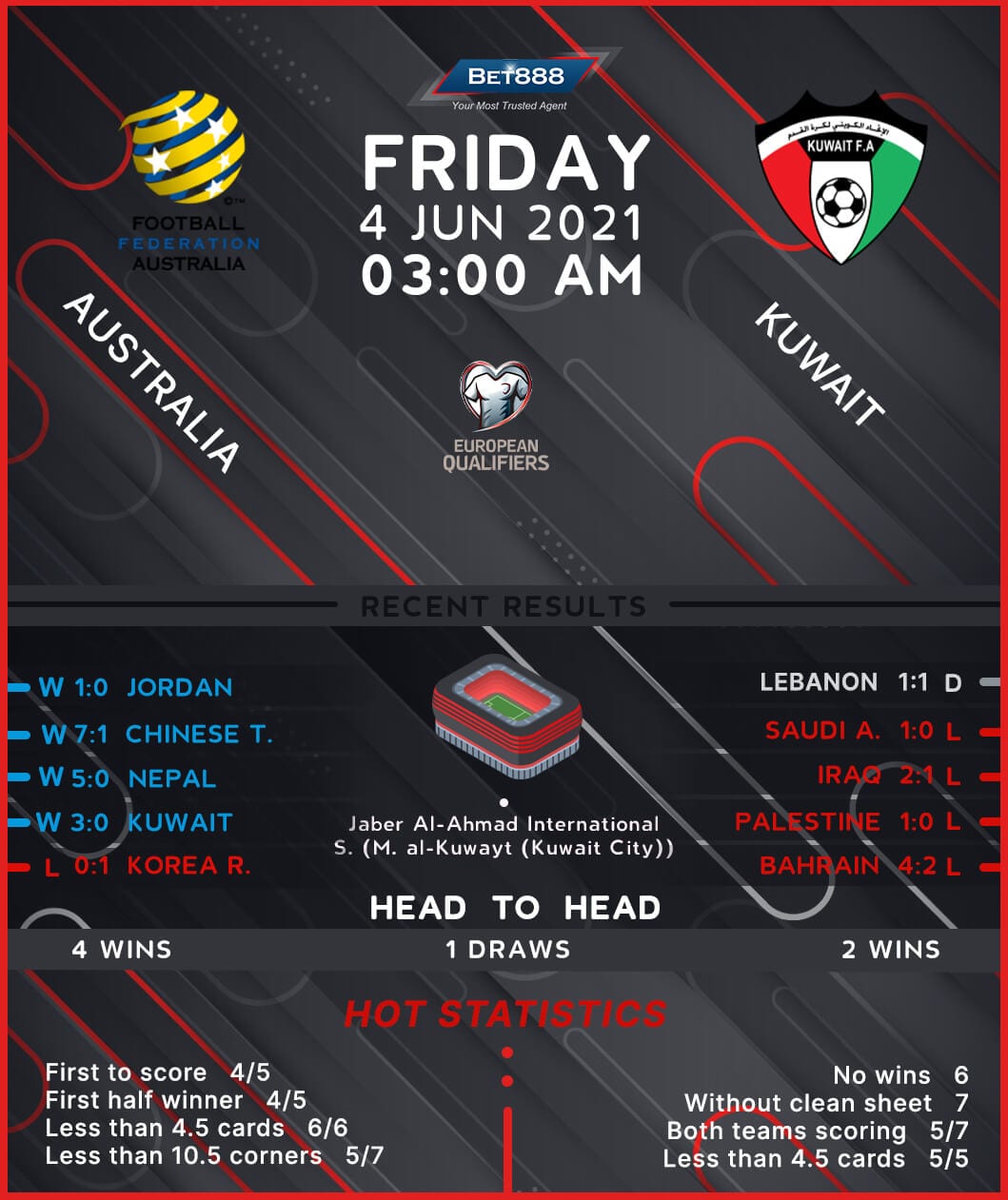