Azerbaijan vs Republic of Ireland

Azerbaijan vs Republic of Ireland

Azerbaijan and the Republic of Ireland will lock horns in a pretty irrelevant World Cup qualification encounter at the Baku Olympic Stadium.

Having returned just one victory from their five World Cup qualification Group A fixtures (D1, L4), Azerbaijan’s hopes of reaching their first-ever World Cup finals are all but gone. Nailed to the bottom of the standings, the ‘Milli Komanda’ look unlikely to emulate their best-ever World Cup qualifying result when they failed to qualify for ‘Brazil 2014’ after finishing fourth out of six. Though Azerbaijan will be glad to return to home soil, it’s been a while since they last won a competitive home match, going winless in nine (D3, L6) since beating the Faroe Islands in the UEFA Nations League in November 2018. With nothing but pride to play for here, the hosts will at least hope to improve their paltry scoring return at home of late, scoring just once in their last four competitive home outings.

Despite pegging Serbia back at home to avoid defeat last time out (1-1), Ireland’s hopes of qualifying for their first World Cup tournament since 2006 are unrealistic. After losing their first three Group A matches by a narrow one-goal margin, the visitors have drawn their last two World Cup qualifying matches, canceling out a 1-0 half-time deficit in the 87th minute on each occasion. Under-pressure manager Stephen Kenny will be desperate to post only his second victory in charge of the national team as his job is hanging by a thread. Curiously, his only victory during his Ireland tenure came away from home earlier this year, courtesy of a 4-1 thrashing of Iberian minnows Andorra in a friendly (D7, L8). He can find some courage in his side’s six-match form (W1, D4, L1). 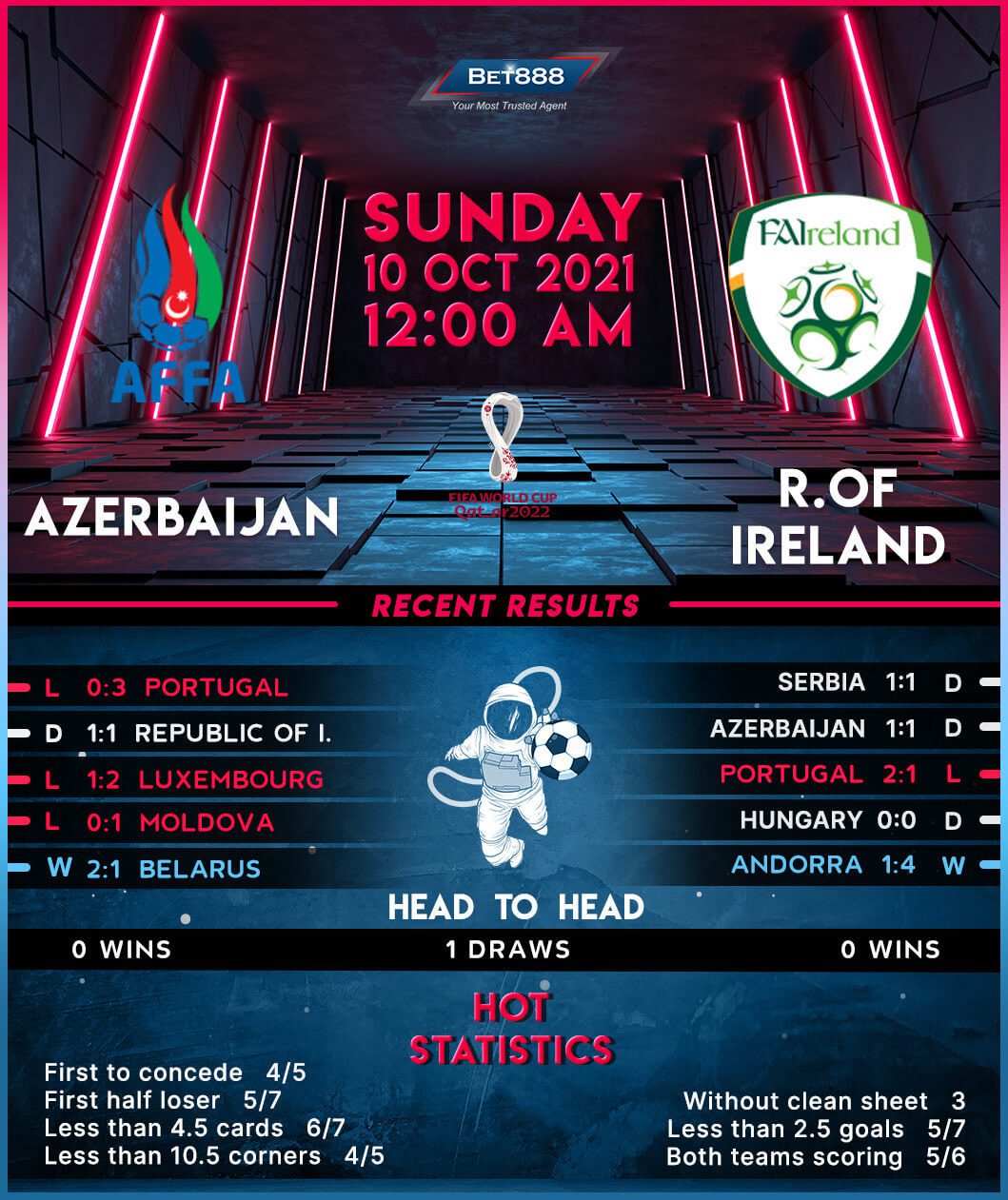