Bangkok United will be looking to get back to winning ways in the Thai League 1 when they take on relegation-battling Samut Prakan City at the Thammasat Stadium.

Bangkok United head into proceedings amid a rough patch, having failed to win their last four Thai League 1 games (D2, L2) since a 3-1 home win over Muang Thong United in November. However, Bangkok’s home league form this season reads impressively (W5, D2), with the ‘Bangkok Angels’ winning their last two such fixtures by an aggregate score of 8-1. Delivering action from the onset, they have scored precisely two first-half goals in both victories, highlighting the potential for plenty of action before half-time. But before jumping the gun, bear in mind that a majority (60%) of Bangkok’s home Thai League 1 goals scored this season have come in the second half of play (9/15). Bangkok will feel confident of winning after beating this opposition in both previous top-flight H2Hs as hosts.

In the meantime, Samut Prakan City played out a goalless away draw with Ratchaburi last time out, making it three stalemates in a row in the Thai League 1. But the ‘Sea Fang’ are flirting with the relegation zone, sitting just one point clear of 14th-placed Suphanburi after going winless in their last eight league outings (D4, L4). It gets worse away from home, with only Nong Buan Pitchaya (0) picking up fewer top-flight triumphs on the road than them (1) this season (W1, D4, L5). Much of the visitors’ underwhelming away league results have emanated from a lacklustre attack that has netted a measly average of 0.6 goals per Thai League 1 trip this term. Particularly ponderous in the early stages, they have failed to score inside the opening 15 minutes of away league action this season. 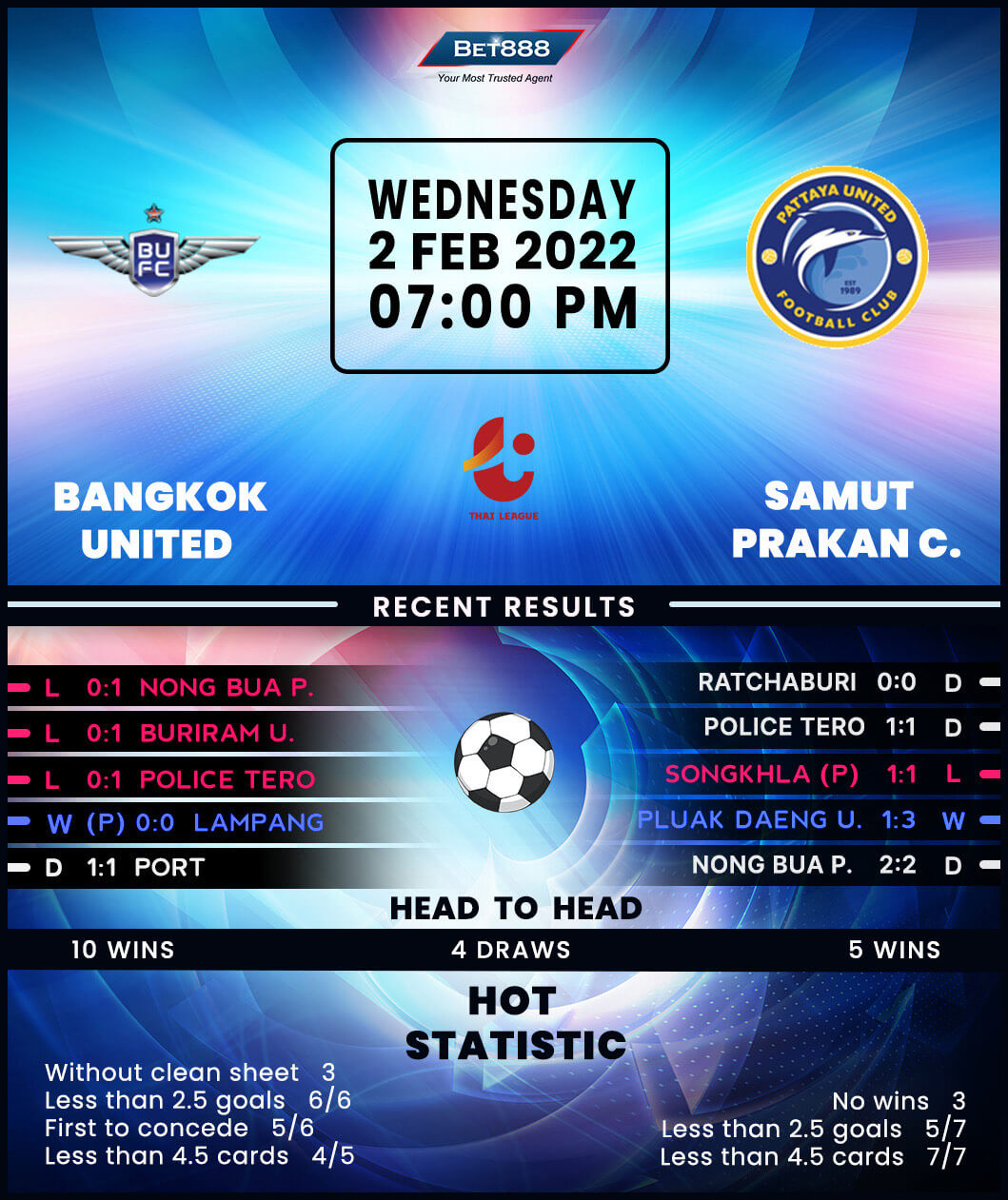