Barcelona have gone unbeaten in nine La Liga matches on the bounce (W7, D2) since losing 2-1 away at Cadiz on Matchday 12, winning the last four top-flight fixtures via an aggregate score of 10-2. But, Ronald Koeman’s men have drawn both of their previous home La Liga games, conceding the opening goal on each occasion. Atheltic could be the perfect opponent to help the hosts return to winning ways at this ground, considering that 15 of the last 16 top-flight meetings between these sides at Camp Nou have ended in Barca’s favor (W15, D1). Indeed, the Catalan giants last lost a home La Liga match against Atheltic in November 2001! Winning the first half would boost Barcelona’s chances of claiming all three points, as they’ve won all nine La Liga games in which they were leading at half-time this season.

Meanwhile, none of Athletic’s last four La Liga matches have ended in a draw (W2, L2), with the Basque side alternating between a win and a loss on each occasion. However, Marcelino’s men have failed to secure a victory in any of their last seven away La Liga fixtures (D3, L4) despite getting on the scoresheet in six of them. Bilbao’s away league action usually sparks into life after half-time, as evidenced by the fact that 72.73% of their total La Liga goals scored/conceded on the road have come in the second half of play (16/22). Adding to this sentiment, 55.56% of Athletic’s top-flight trips this season have featured a goal inside the final 15 minutes. Worryingly, though, they are one of only two sides yet to keep a clean sheet away from home this term. 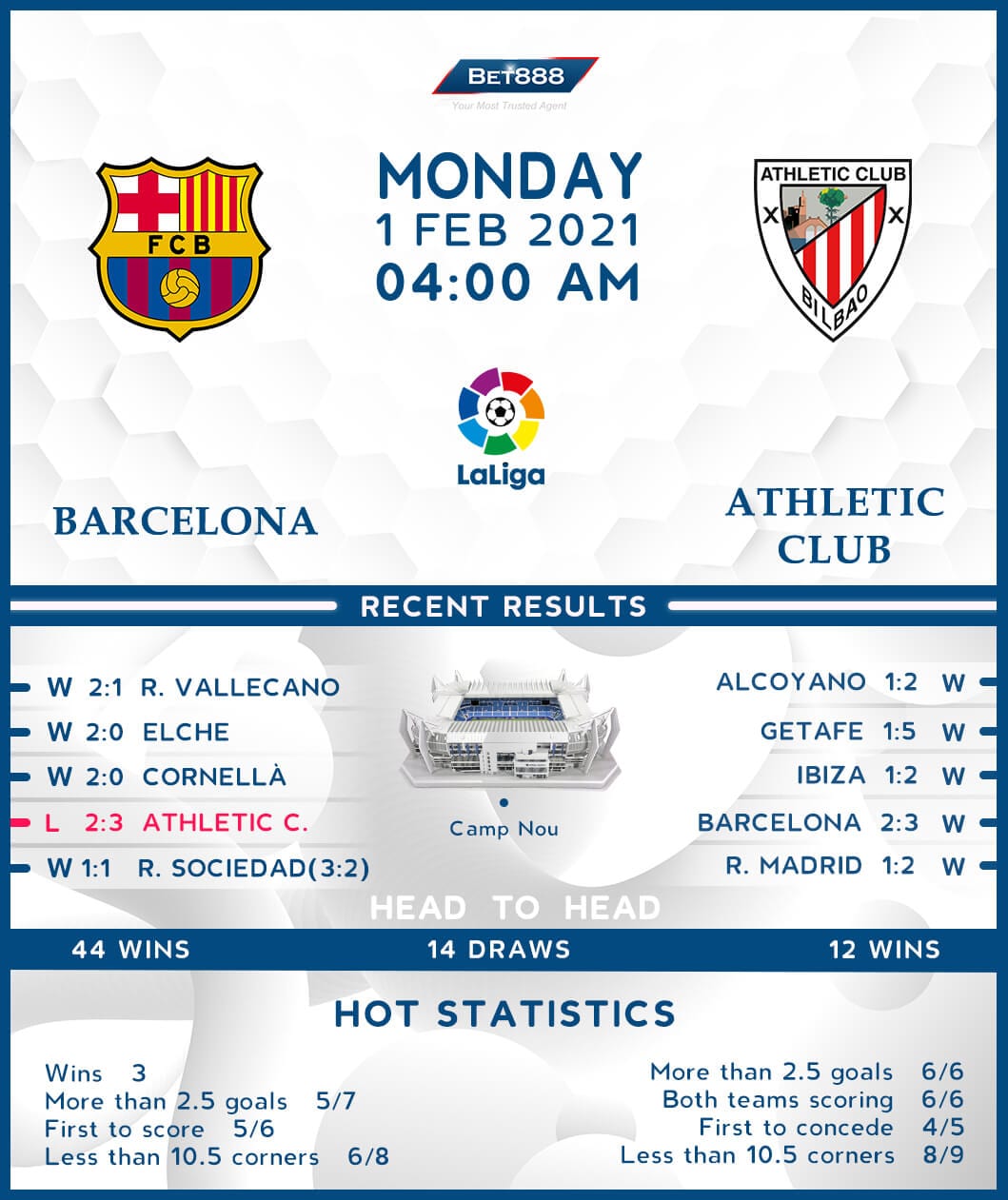