Barcelona and Atletico Madrid are set to face off at Camp Nou in a mouth-watering La Liga title six-pointer.

Barcelona came out on top of a five-game epic at Mestalla last time out, sneaking from behind to secure a 3-2 win over Valencia and bounce back from a 2-1 home loss against Granada. That defeat to Granada brought Barca’s 13-match unbeaten run in home La Liga fixtures to a halt (W10, D3), a sequence that saw them net a staggering average of 2.76 goals per match. Industrious as ever, Ronald Koeman’s men have scored a league-high 80 goals this season, at least 19 more than any other side. Since the turn of the year, the ‘Blaugrana’ have picked up the most points in La Liga (49), at least eight more than any other team in the competition (W16, D1, L2). Barcelona face the prospect of losing back-to-back La Liga matches at Camp Nou for only the third time in the 21st century, last doing so in April 2016.

Meanwhile, Elche’s missed penalty in the stoppage time saw Atletico Madrid secure an all-important 1-0 win last time out to recover from a 2-1 defeat at Athletic Bilbao. Before winning at Elche in their most recent La Liga trip, ‘Los Colchoneros’ had gone winless in four away league games on the trot (D2, L2). For Atletico, road goals have been at a premium lately, with Diego Simeone’s side netting under 1.5 goals in each of their last five La Liga travels. Overall this season, they have scored a disappointing average of 1.41 goals per away La Liga match. Worryingly, the visitors last won at Camp Nou in La Liga back in February 2006, going winless in all 14 subsequent top-flight visits to this venue (D4, L10). Moreover, Atletico have defeated Barcelona just once in their last 21 La Liga meetings (D6, L14), courtesy of a 1-0 victory in the reverse fixture in November. 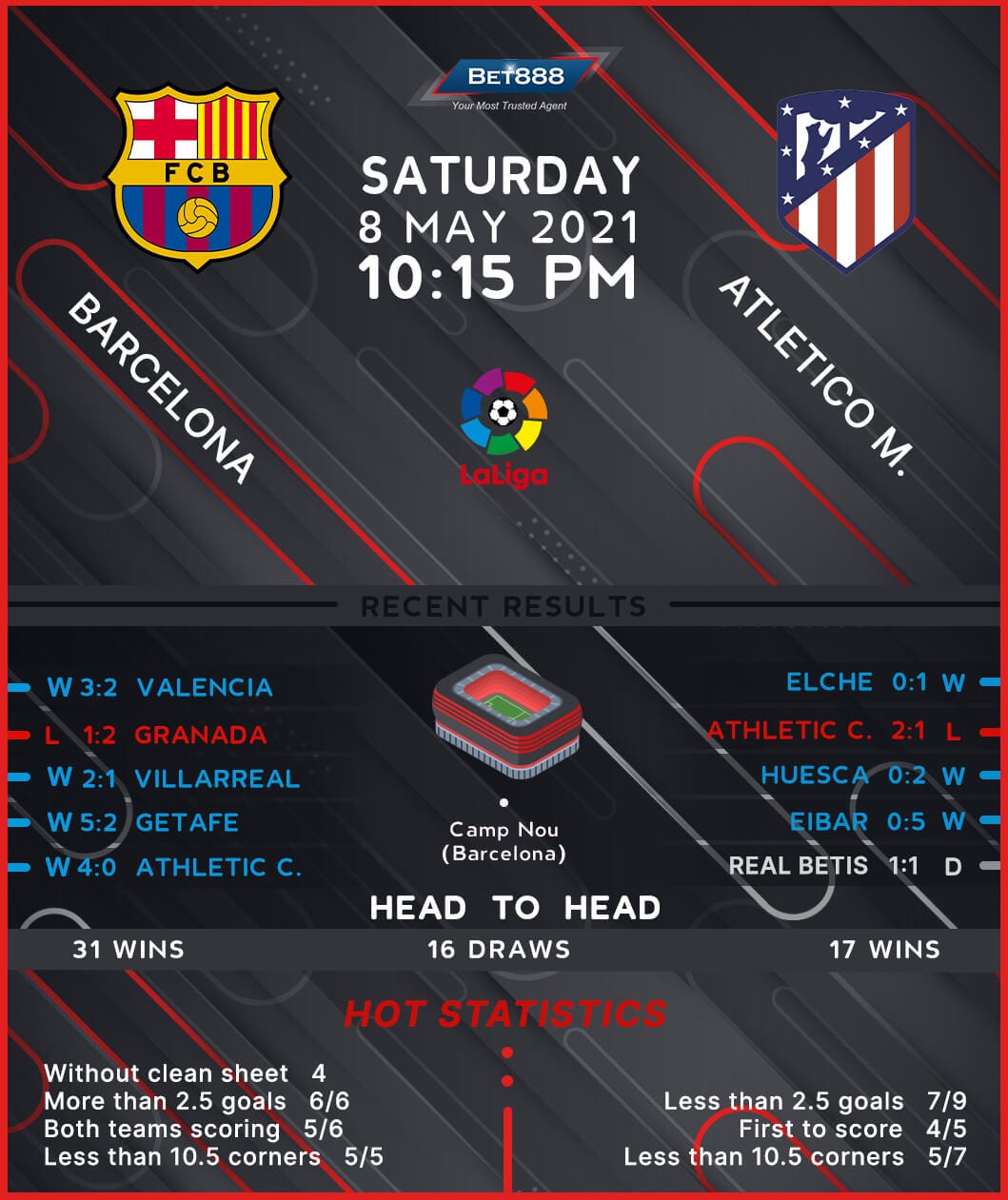