Barcelona and Bayern Munich will trade tackles in the UEFA Champions League group stage for the first time since the Germans’ history-making 8-2 victory in the 2019/20 quarter-finals.

Despite a thoroughly disappointing summer, highlighted by high-profile departures of Lionel Messi and Antoine Griezmann, the hosts have gone unbeaten in their opening three La Liga outings (W2, D1). A promising start to the season, coupled with Barcelona’s eye-catching return of just three defeats from their last 62 home matches in the Champions League proper (W50, D9), suggests the Catalans won’t be pushovers here. What’s more, the Spanish heavyweights haven’t lost any of their last 22 Champions League curtain-raisers (W17, D5) since suffering a 3-2 defeat at St James’ Park against Newcastle United in 1997/98. Additionally, the ‘Blaugrana’ have won both previous Champions League H2Hs as hosts by an aggregate score of 7-0. Though this will be their first Champions League campaign without Messi since 2003/04, Barcelona have won nine of their last ten fixtures in the competition without the Argentine superstar (D1).

As for Bayern Munich, they head into proceedings on the back of a five-game winning streak in all competitions, returning an impressive +25 goal difference from that sequence (GF:27, GA:2). Notably, the ‘Bavarians’ are on a competition-best 18 match unbeaten streak away from home (W14, D4) since a 3-0 loss to Paris Saint-Germain in the 2017/18 group stage. Seeking their first Champions League success since 2019/20, the record-time Bundesliga champions have opened each of their last 17 Champions League campaigns with a victory. Adding to their confidence, Bayern boast an outstanding H2H record (W7, D2, L2) and have won both previous Champions League group stage meetings with this opposition. Unplayable Polish striker Robert Lewandowski will lead the line, having netted 23 goals in his last 17 Champions League group stage appearances. 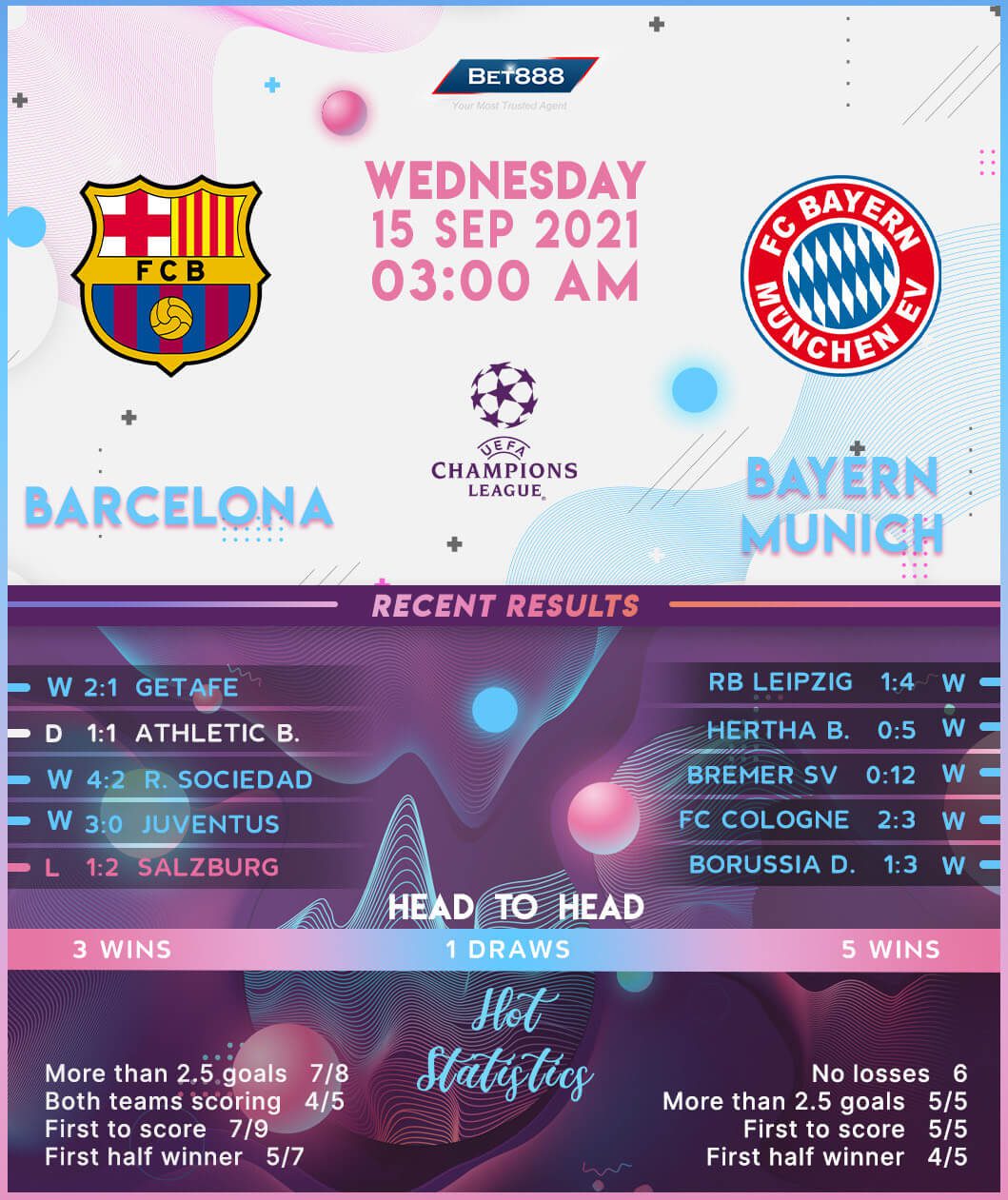