Barcelona and Celta Vigo will go toe-to-toe at Camp Nou this weekend in a potentially high-scoring La Liga contest. Two of their last three league meetings have seen over 3.5 goals and both teams on the scoresheet.

Back-to-back draws with the likes of Atletico Madrid and Levante put Barcelona four points adrift of the summit with the slimmest of chances to win the title in the final two matchdays. Following a run of four consecutive La Liga home victories, the Catalan juggernauts have failed to win their last two league games at Camp Nou (D1, L1). They now face the risk of going winless in three La Liga matches here for the first time under Ronald Koeman. Having sealed a commanding 3-0 triumph at Balaídos in the reverse fixture back in October, Barca can complete their first top-flight double over Celta for the first time since the 2013/14 campaign. Except for a 2-1 home loss to Granada in late April, Barcelona haven’t lost any of the remaining 19 La Liga games in which they were ahead at half-time this season (W17, D2).

Meanwhile, after going winless in three league matches (D1, L2), the visitors have put together four consecutive La Liga victories and are one win short of equalling the club record in the top-flight. Delivering action from the onset, Celta have scored the opening goal (if any) in six of their last eight league outings, failing to hold on to a lead only once in this period (W5, D1, L1). Quick out of the blocks, Eduardo Coudet’s men have registered a clear majority (69.57%) of their total La Liga goals scored on the road this season in the first half of play (16/23). Away from home, the visitors have won three of their last five La Liga fixtures (D1, L1), having picked up just one triumph in their first 13 league trips this season (D7, L5). 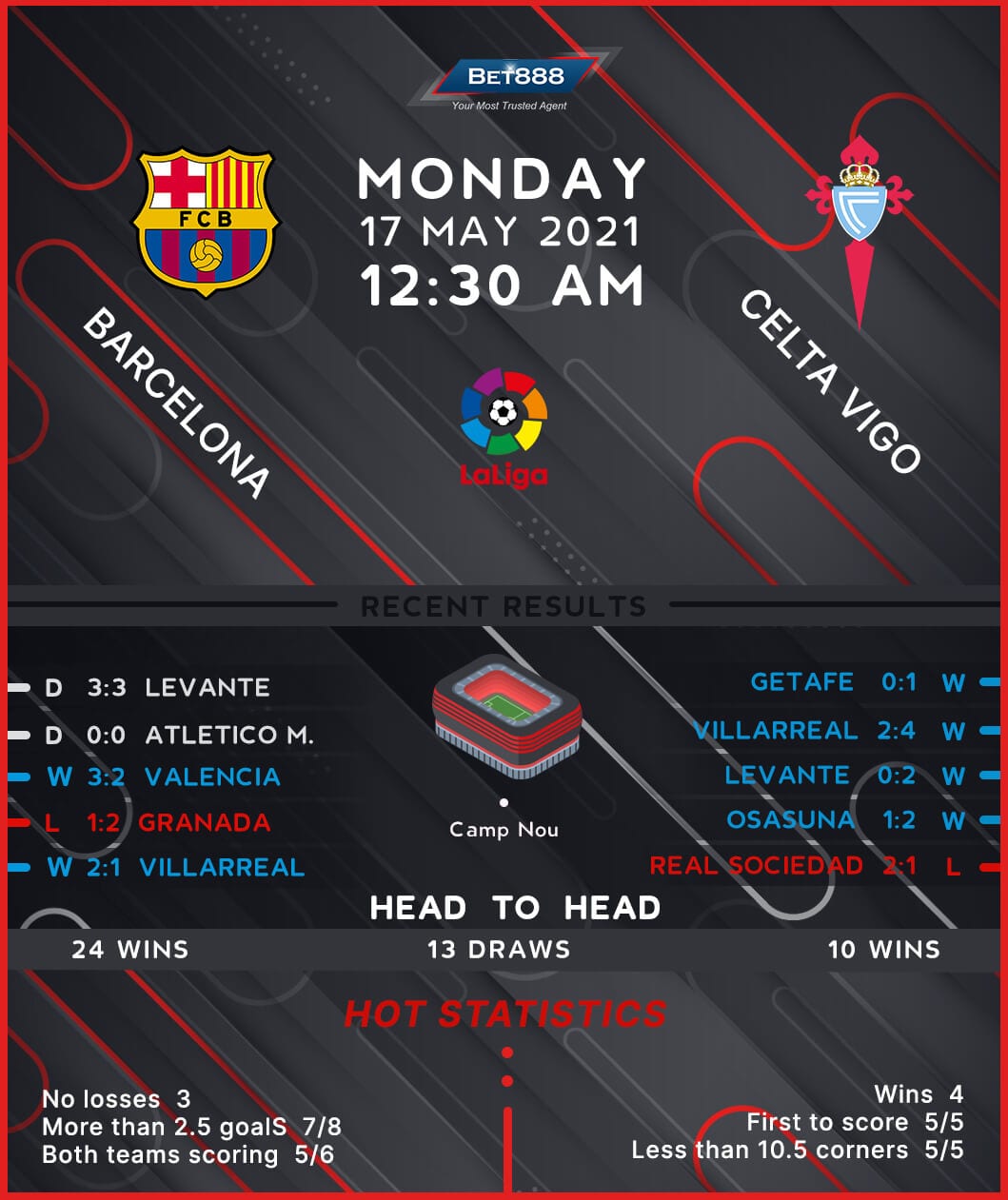