Barcelona will be looking to return to winning ways in La Liga when they meet relegation-threatened Elche at Camp Nou this midweek.

Barcelona’s seven-game winning streak in La Liga suffered a setback last weekend, with Cadiz walking away from Camp Nou with a shocking 1-1 draw. Interestingly, it was the first time this season Barca had failed to land all three points after taking a first-half lead, having won all 12 previous such league contests. Although the ‘Catalans’ enter this round on the back of a 13-match unbeaten La Liga run (W10, D3), reducing an eight-point deficit on top-placed Atletico Madrid now looks to be too tall of an order. Yet, Ronald Koeman’s men have only lost one of their 12 La Liga home matches this season (W7, D4), courtesy of a 3-1 defeat to Real Madrid. On the other hand, they have been ruthless against the current bottom-three this term, winning each of their three such fixtures without conceding once!

Meanwhile, Elche snatched away an all-important 1-0 home win over Eibar last time out, putting an end to a horrendous 16-game winless league streak (D8, L8). As a result, ‘Los Franjiverdes’ now sit level on points with 17th-placed Eibar and have two games in hand on the direct relegation rivals. Hardly, though, it changes the fact they’ve failed to win any of their last eight La Liga matches on the road (D3, L5), conceding over 1.5 goals on four occasions in that period. Furthermore, Fran Escribá’s men have developed a habit of falling behind without recovering, surrendering the points in all but one of the six La Liga trips in which they conceded the opening goal this season (D1, L5). Topically, they have lost each of their three competitive trips to Camp Nou this millennium without getting on the scoresheet. 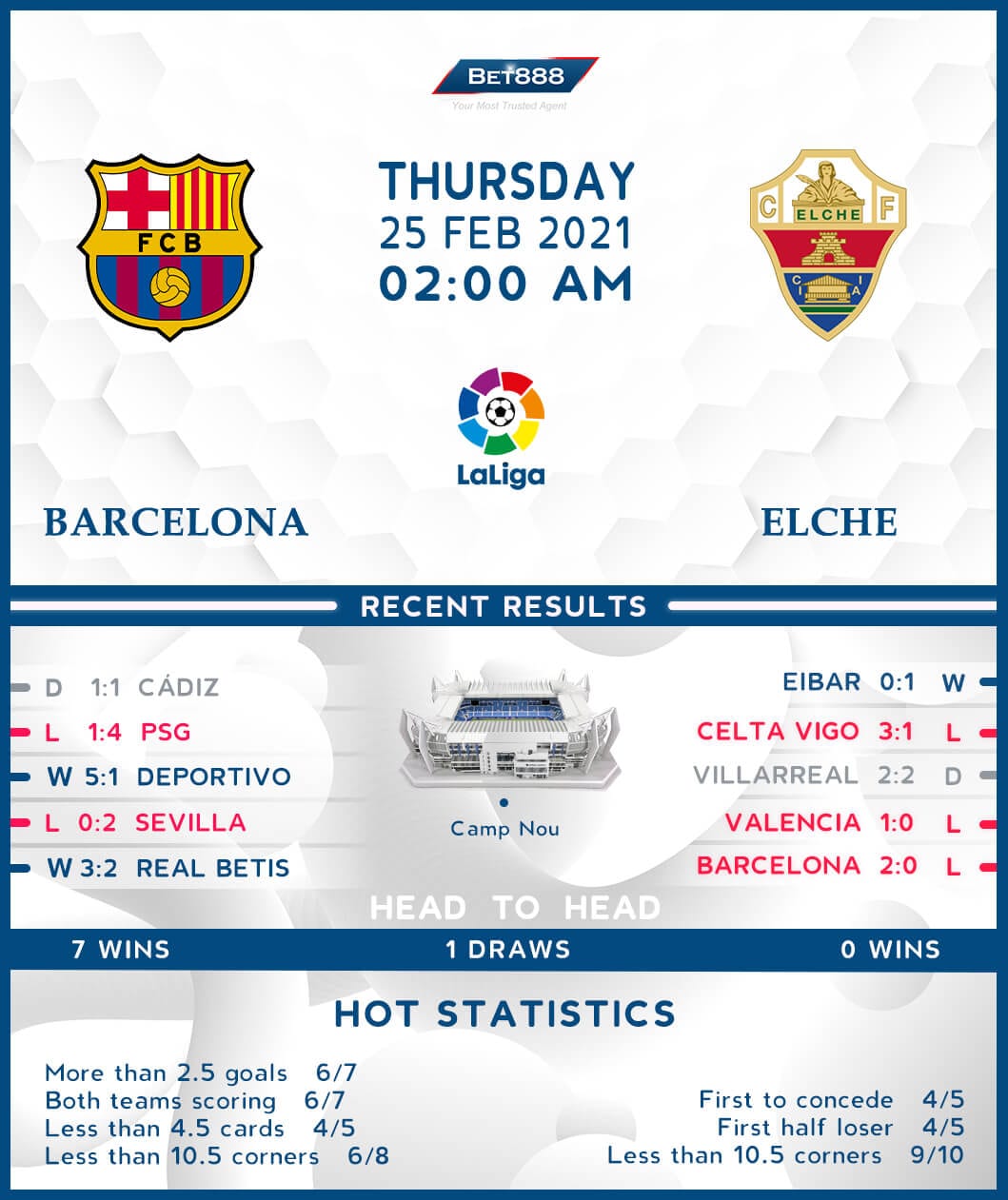