Camp Nou is the venue as Barcelona and Galatasaray go head-to-head in the first leg of their UEFA Europa League last-16 tie.

After suffering their first Champions League group stage elimination in 20 years, Barcelona swept Napoli aside with a comprehensive 5-3 aggregate win in their Europa League knock-out round play-off tie. Inspired by a raft of eye-catching January signings, the ‘Blaugrana’ go into proceedings on a run of four consecutive victories across all competitions, having scored a resounding average of 3.5 goals per game in the process. Overwhelming favourites to reach the Europa League quarter-finals on their maiden appearance in the competition, Xavi’s men will be keen to defy their humiliating European home record of late. They’ve suffered three defeats from their last six UEFA fixtures at Camp Nou, all of which yielded three-goal margins. Against this backdrop, Barcelona have won all three European home games against Turkish visitors.

Meanwhile, Galatasaray finished top of Europa League Group E without losing a single match (W3, D3) despite scoring a measly average of 1.16 goals per game. However, the underperforming Turkish heavyweights have lost their last six European visits to Spain by an aggregate score of 2-21, including a 6-0 demolition at the hands of Real Madrid in their most recent such match-up. Additionally, they lament a humiliating overall record in two-legged ties against Spanish clubs (W1, L6), losing each of the last five on the trot. Domenec Torrent’s men can draw confidence from keeping a clean sheet in each of their three Europa League group stage travels this season. Yet, they fell to a 2-0 defeat away to domestic rivals Konyaspor at the weekend, putting an end to their four-game unbeaten streak beforehand (W2, D2). 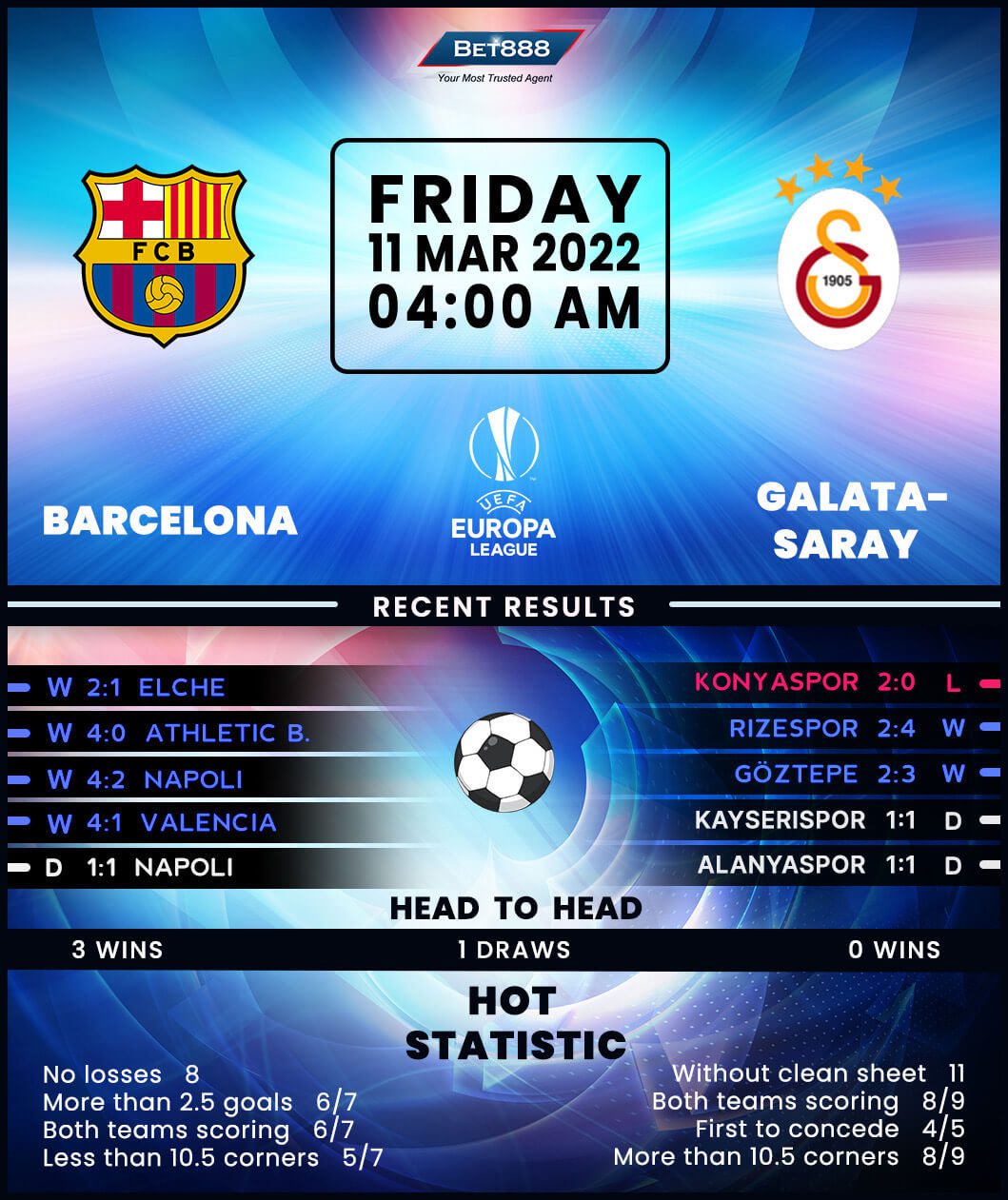