Barcelona will host Getafe at Camp Nou this midweek, looking to return to winning ways in La Liga and preserve their hopes of winning the title.

Barcelona’s 2-1 away loss to arch-rivals Real Madrid last time out ended their impressive 19-game unbeaten run in La Liga (W16, D3), as they enter this round trailing league-leaders Atletico Madrid by five points, albeit they have a game in hand. Ahead of the kick-off, the Catalans have won three consecutive home league fixtures by an aggregate score of 8-1, getting on the scoresheet beyond the 70th minute on each occasion. Despite boasting the best attacking record in La Liga this season, Barcelona’s tally of 69 goals scored after 31 matchdays is actually their worst at this stage of the season in the last 13 years. As expected, Camp Nou has been a venue of entertainment this season, with 66.67% of Barca’s La Liga matches here featuring over 2.5 FT goals and nine of 15 producing 2+ first-half goals.

Meanwhile, the visitors have gone winless in six La Liga games (D4, L2) since beating Valencia 3-0 at home on Matchday 25, with four of their last five league outings featuring under 1.5 FT goals. Immense scoring difficulties have seen Getafe draw a blank in nine of their previous 13 La Liga fixtures, netting precisely once per game in three of the other four. Away from home, ‘Los Azulones’ have failed to win any of their last six league encounters (D1, L5) without finding the net in four of them. In fact, Getafe’s tally of 22 goals scored so far is by far the worst in the Spanish top-flight this season, with Jose Bordalas’ men managing a miserly average of 0.7 goals netted per league match to date. Additionally, no team has bagged fewer first-half goals on the road than Getafe (4) this term. 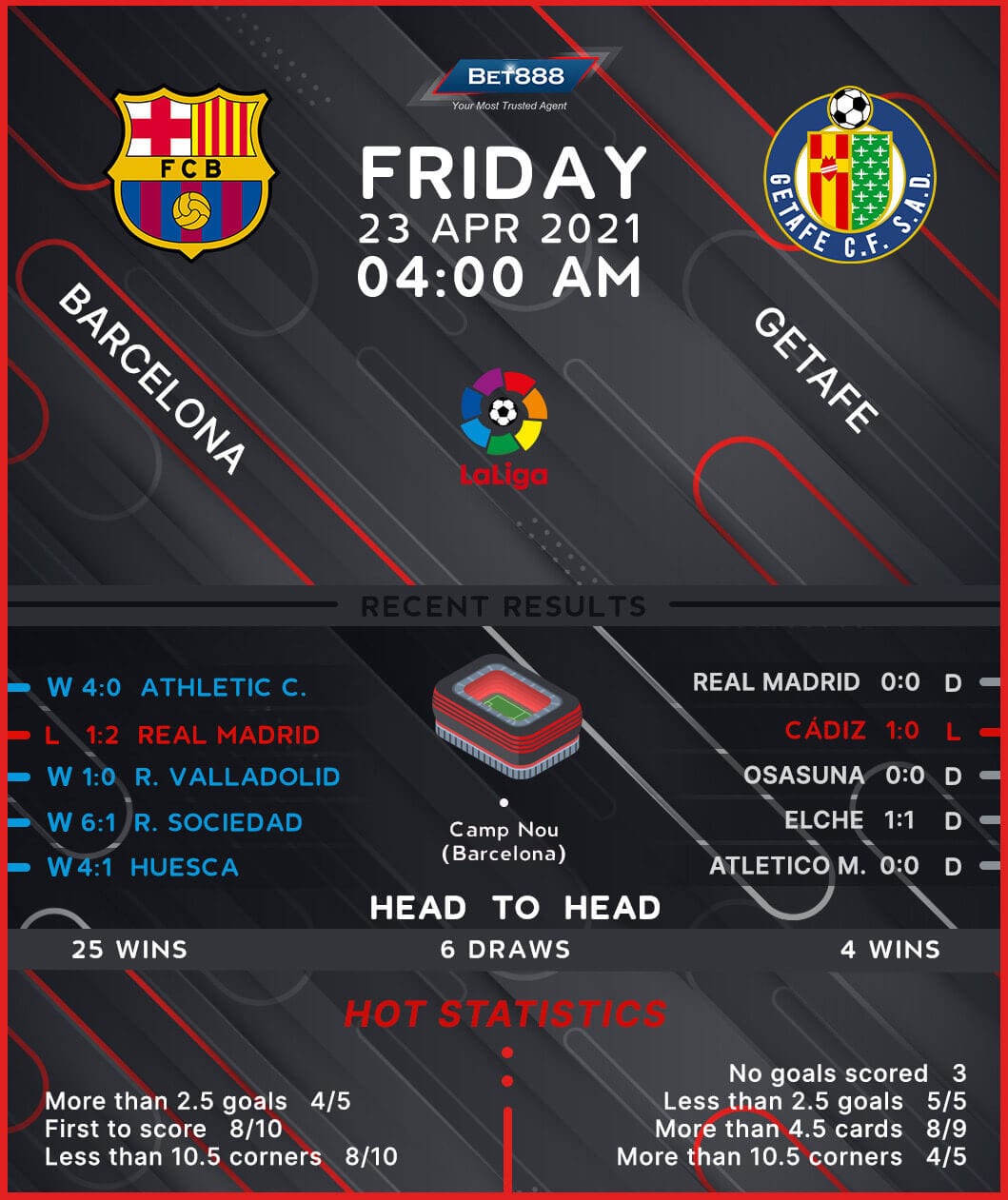