Granada are expected to fulfill the role of walloping boys at Camp Nou as they meet a Barcelona side they have lost to in 17 of their last 19 La Liga H2Hs (W2).

Fresh from a 2-1 victory at Villarreal, Barcelona are looking leapfrog Atletico Madrid at the summit with a win here after claiming back-to-back La Liga successes following a 2-1 defeat to Real Madrid a fortnight ago. Relentless at Camp Nou as ever, the Catalan giants have won four home league matches on the bounce after a dismal 1-1 draw with newly-promoted Cadiz back in mid-February. Ronald Koeman’s men returned a resounding +10 goal difference from the above-mentioned four-game winning streak (GF:13, GA:3), netting 2+ second-half goals on three occasions. The ‘Blaugrana’ seem likely to keep their imperious home form going here as they take on a Granada side they have defeated in each of their 24 La Liga clashes at home, scoring an average of 3.6 goals per game in the process!

On the other hand, Granada found themselves on the wrong end of a 2-1 scoreline at Sevilla last time out, which means none of their previous ten La Liga fixtures have ended in a draw (W4, L6). Far more comfortable at home, the ‘Nazaries’ have secured just a single triumph in their last ten league trips (D2, L7), conceding over 1.5 goals nine times in this sequence. In fact, no team has shipped more away La Liga goals than Granada (33) this term, with their tally of 15 first-half goals conceded on the road second only to Valencia (19). Furthermore, slow-starting visitors have fallen behind in the fourth joint-highest 62.5% of their league road trips this season (10/16), ending up on the losing side in 80% of such contests (W1, D1, L8). Ten of Granada’s 16 away league games have seen a goal scored inside the final 15 minutes of play, highlighting the potential for plenty of late action. 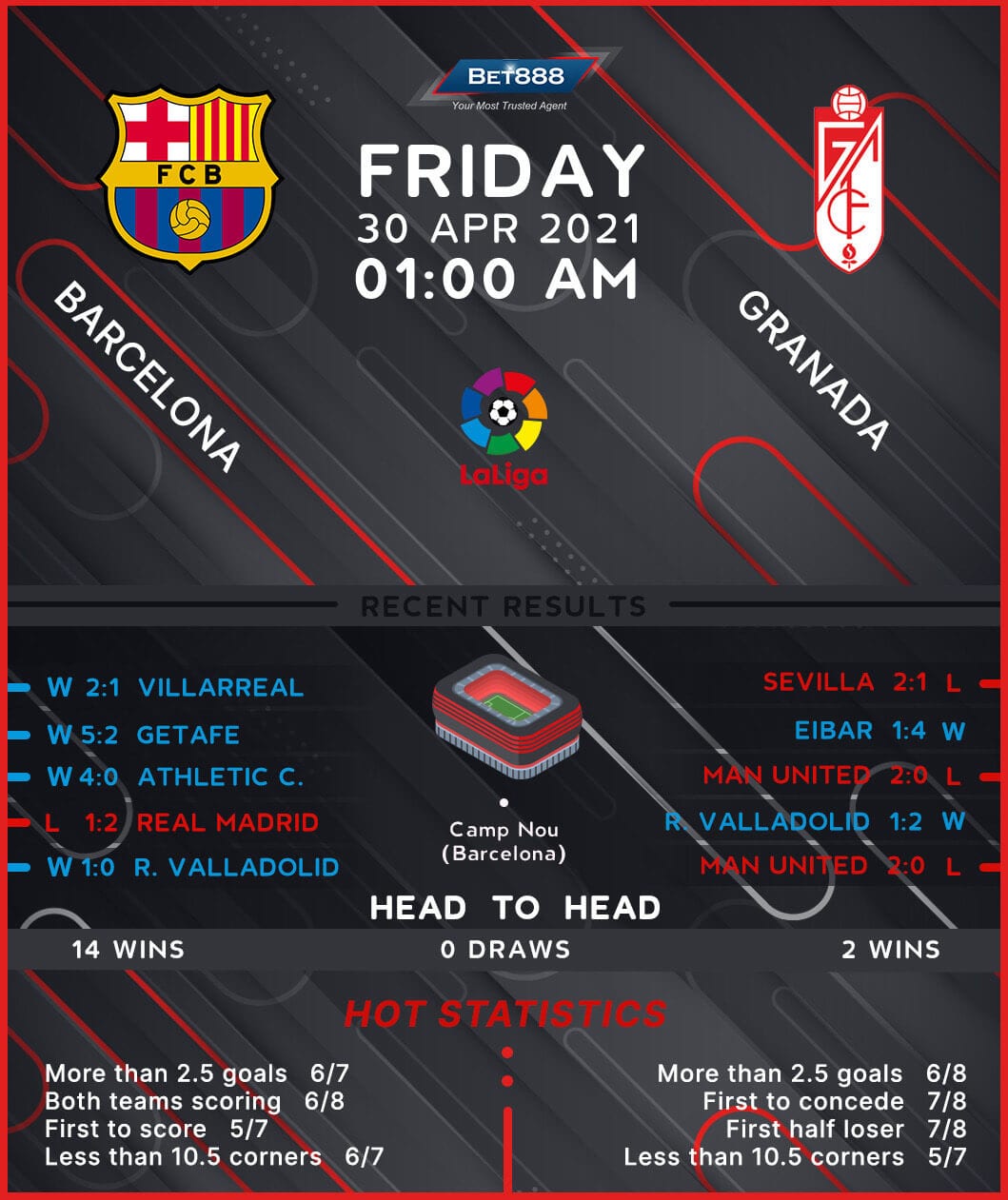