Barcelona and Juventus will lock horns at Camp Nou in an exciting UEFA Champions League showdown that will determine the winner of Group G.

A 3-0 away victory over Ferencvaros on Matchday 5 gave Barcelona a fifth triumph in the Champions League this term, as they are now looking to win 6/6 group-stage games for the second time in the club’s history. Remarkably, the Catalan giants have won more final group-stage fixtures than any other team in the Champions League history, picking up 19 victories in 27 such matches. Also, a 2-0 win in Turin in the reverse fixture means Ronald Koeman’s men have avoided defeat in each of their last four Champions League clashes against Juventus (W2, D2). What’s more, Barcelona have not lost to the ‘Bianconeri’ in any of their four home Champions League H2Hs since 1986, if considering only 90 minutes of play (W2, D2).

Meanwhile, except for a loss to Barcelona on Matchday 2, Juventus have won all of their remaining four matches in Group G, scoring at least twice on each occasion. Indeed, excluding that failure against Barca, Andrea Pirlo’s men have won nine of their ten previous games in the Champions League group stage. Furthermore, the visitors have yet to lose on the road this term despite failing to keep a clean sheet in six of their seven competitive trips (W3, D4). Curiously, both of their away victories in the Champions League group stage this season have yielded at least a two-goal margin, with five of their six goals scored across that sequence coming in the second half of play. Against this backdrop, the Turin-based heavyweights have drawn a blank in each of their four previous Champions League meetings with Barcelona. 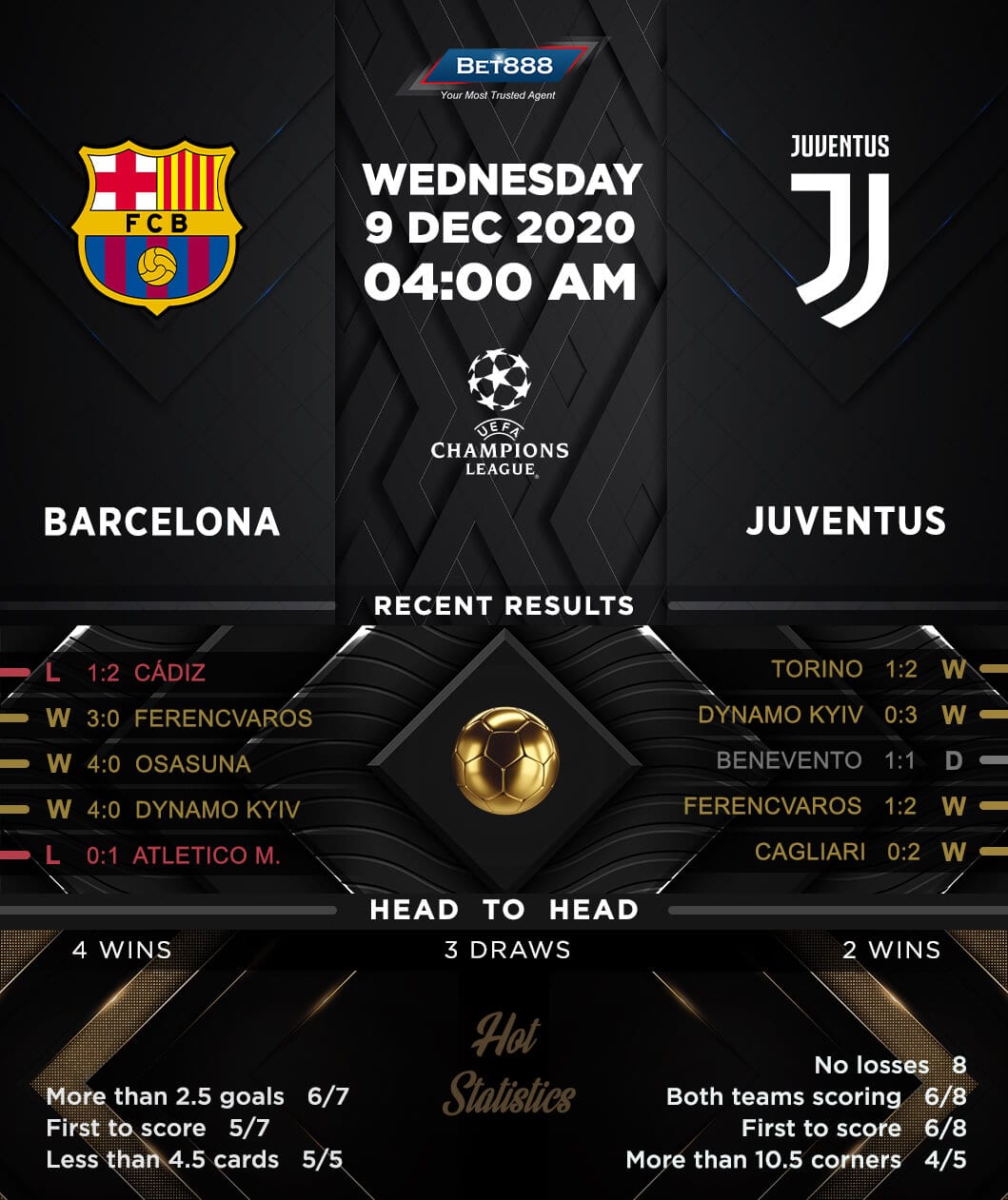