Barcelona will be desperate to rediscover their mojo when they meet Levante at Camp Nou in a must-win La Liga affair.

Juventus dismantled Barcelona 3-0 in the Champions League midweek to inflict a second consecutive defeat on the Catalan side following a dismal 2-1 La Liga away loss to Cadiz last weekend. Consistency issues have seen the ‘Blaugrana’ alternate between a win and a loss in their four previous league matches (W2, L2), three of which featured over 2.5 total goals. But, Ronald Koeman’s men have won three of their five home La Liga fixtures this season (D1, L1), scoring 4+ goals in each of those successes. Indeed, they have registered a clear majority (75%) of their total league goals scored so far at home (15/20). Furthermore, Barca have won each of their 14 top-flight H2Hs as hosts, netting an average of 3.42 goals per game across those victories.

On the other hand, a 3-0 home triumph over Getafe last time out did halt Levante’s run of five consecutive La Liga draws, all of which came by the same 1-1 scoreline. Unfortunately, that success has been only their second league victory this season (D5, L4), as they take the field level on points with 18th-placed Osasuna. Levante can still take some confidence from the fact they have won two of their last five top-flight matches versus Barcelona (L3). Away from home in La Liga, though, Paco Lopez’s men have failed to win any of their four previous fixtures (D2, L2), netting under 1.5 goals on each occasion. Furthermore, slow-starting Levante have conceded the opening goal in five consecutive La Liga trips since scoring first in a 4-2 defeat to Valencia on Matchday 1. 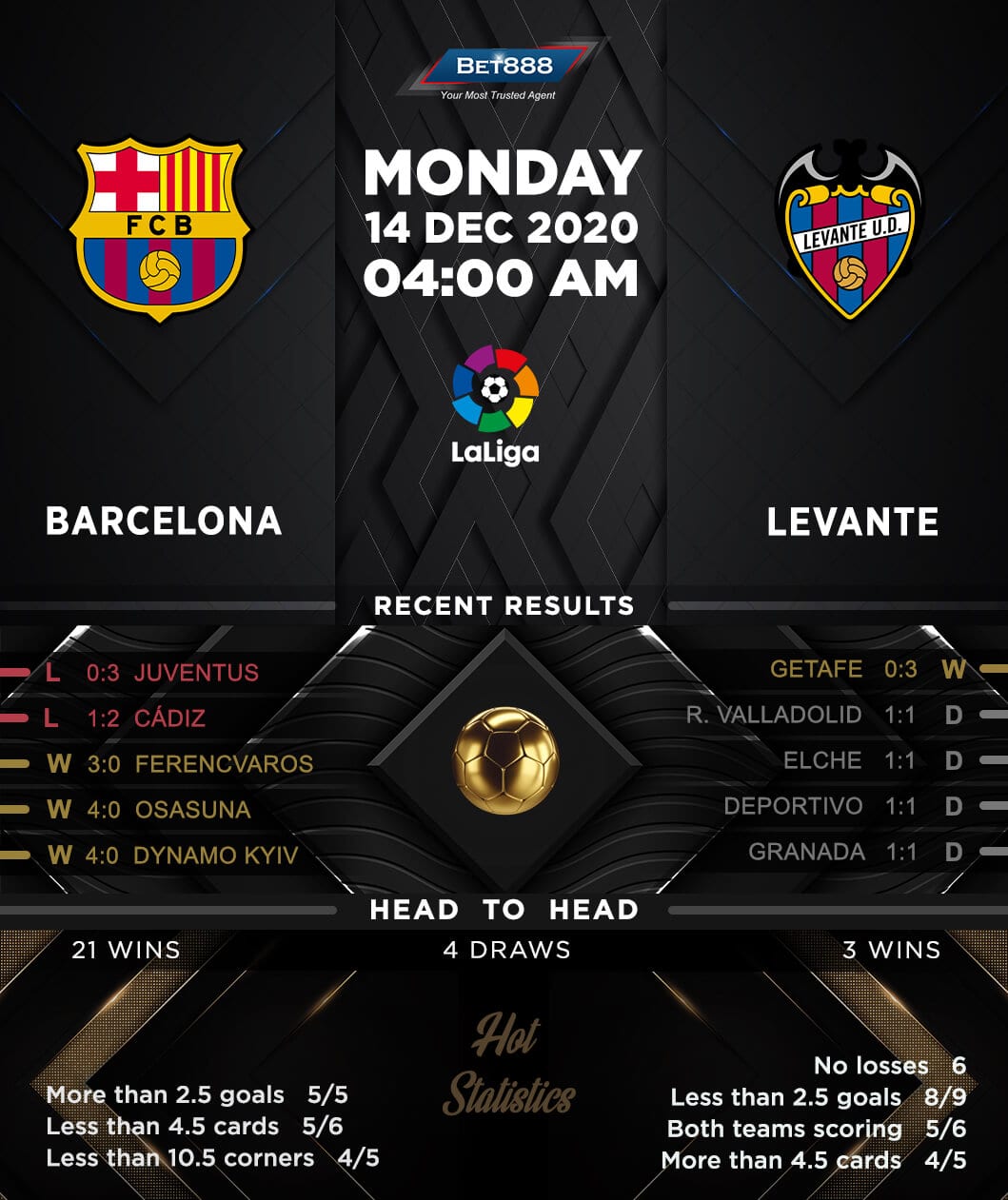