Barcelona will be looking to maintain their rich vein of form when they take on sub-par Osasuna at Camp Nou in a seemingly winnable La Liga fixture.

Barcelona failed to live up to expectations in midweek Europa League action, drawing ‘nil-nil’ with underperforming Turkish outfit Galatasaray at home. Back to La Liga, where they came from behind to beat Elche 2-1 last time out, the ‘Blaugrana’ are aiming to extend their three-game winning league streak, their longest such run in the competition since a run of six between February and April 2021 under Ronald Koeman. Xavi Hernandez’s men have put their first-half-of-the-season wobble firmly behind after going unbeaten in their last 11 La Liga outings (W7, D4), growing into one of the most legitimate top-four contenders. Another success is well within Barcelona’s grasp, as they’ve won 11 of their last 13 top-flight H2Hs at home (L2), scoring a staggering 46 goals in the process, at an average of 3.5 per game.

On the other hand, Osasuna’s indifferent four-game La Liga form (W2, L2) has kept them stuck in mid-table, with each of their last four league outings seeing the winner on the day register a shutout. After holding Real Madrid to a goalless draw at Santiago Bernabeu in October 2021, Osasuna could take home points from the two most intimidating away La Liga venues in a single league season for the first time in the club’s history. Easier said than done, though, with ‘Los Rojillos’ racking up just two wins from their last nine La Liga away fixtures (D2, L5), failing to get on the scoresheet seven times in that spread of matches! Jagoba Arrasate’s men have found the away goals hard to come by this season, having netted an average of just 1.25 goals per La Liga trip so far. 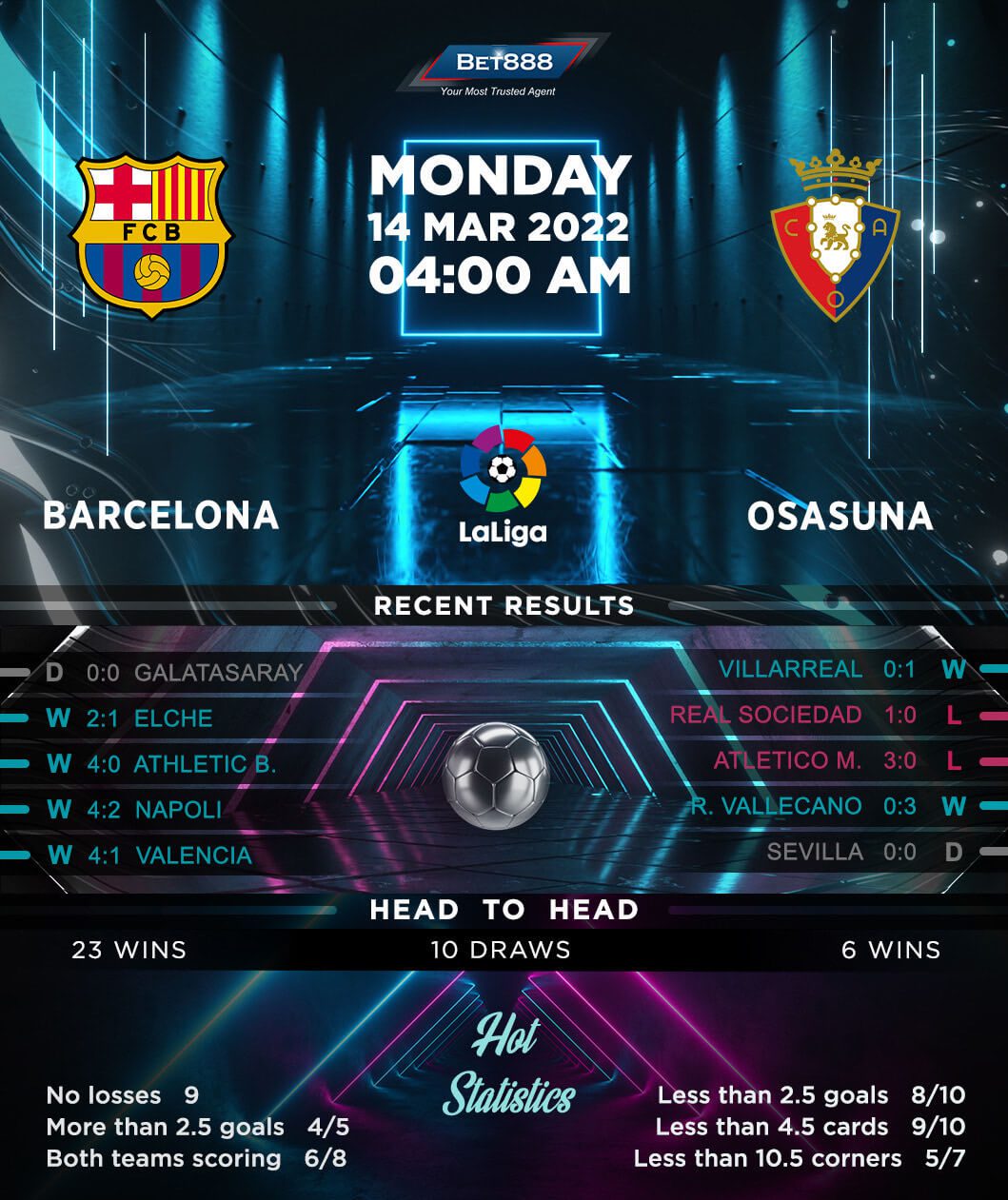