Barcelona will be looking to bring a two-game winless La Liga streak against Osasuna to an end (D1, L1) when the two sides lock horns at Camp Nou this weekend.

A 4-0 hammering of Dynamo Kyiv in the Champions League aside, the hosts have endured a torrid domestic campaign, winning just three of their opening eight La Liga matches (D2, L3). Furthermore, each of their three league defeats arrived in their last five games (W1, D1), two of which came by the same 1-0 scoreline. Ronald Koeman’s men can take some confidence from the fact they’ve registered a clear majority (73.33%) of their total La Liga goals scored so far at home (11/15). In turn, the Catalan heavyweights have netted an intimidating average of 4.57 goals across their last seven top-flight H2Hs held at Camp Nou. But, they have failed to keep a clean sheet in each of their previous five competitive home fixtures, which has been the case in three of their last four league H2Hs held at this venue.

Meanwhile, the visitors head into this encounter after failing to pick up a win in three consecutive La Liga outings (D1, L2), all of which featured under 1.5 first-half goals and saw Osasuna concede first. Low scoring has been a theme for ‘Los Rojillos’ on the road this season, as each of their four away league matches contained under 2.5 total goals. It’s also worth noting that Jagoba Arrasate’s men have failed to get on the scoresheet in three La Liga road trips in a row following a 2-0 win over newly-promoted Cadiz on Matchday 1 (D1, L2). Slow-starting visitors have scored inside the opening 15 minutes of play in just one of their nine La Liga matches. Curiously, both of Osasuna’s away league goals conceded so far arrived in the first 15 minutes of the second half. 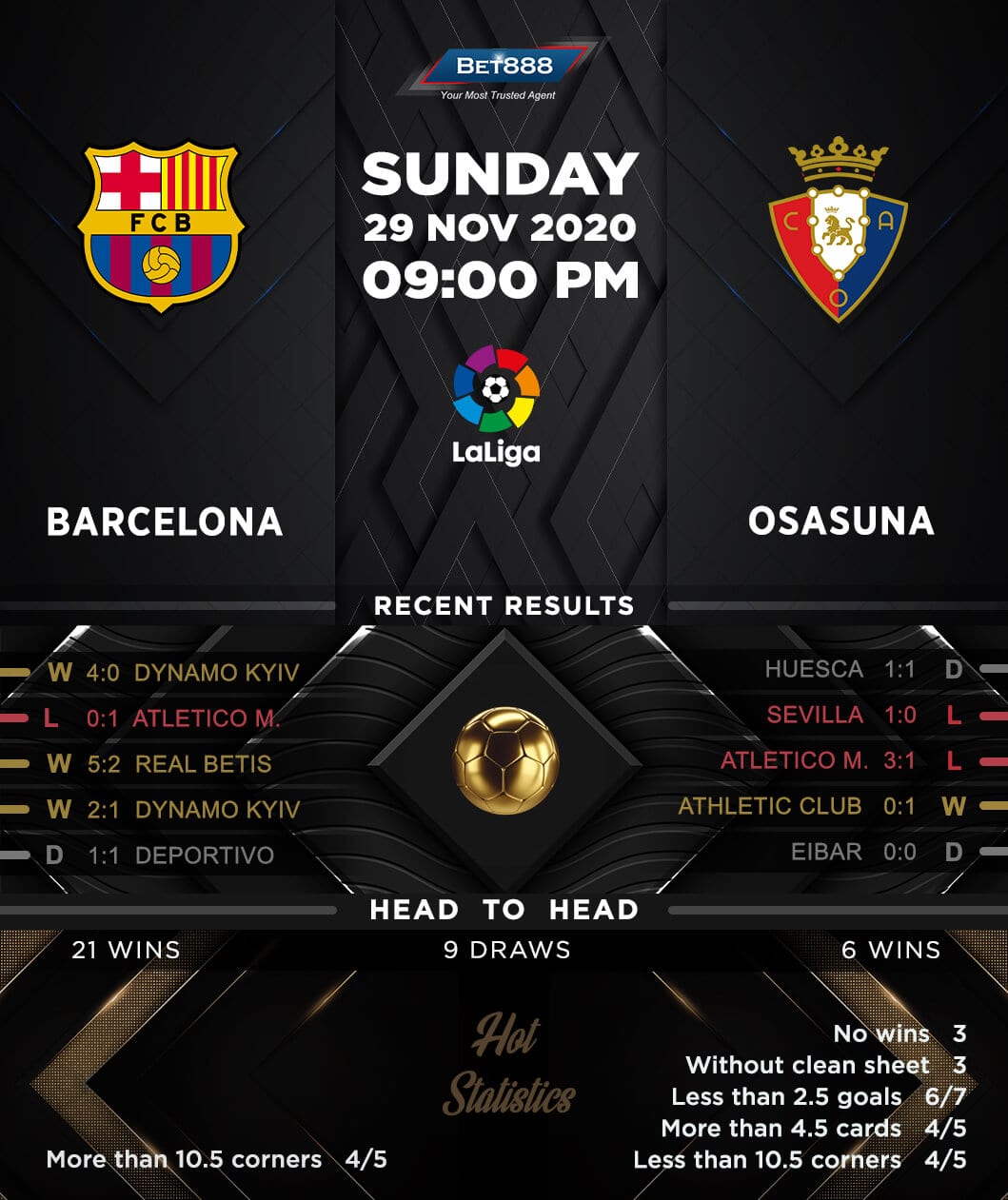