Camp Nou is the venue, as Barcelona and Paris Saint-Germain go head-to-head in the first leg of their UEFA Champions League last-16 tie.

Barcelona finished runners-up in Group G after succumbing to a 3-0 loss away at Juventus on Matchday 6. Notably, the ‘Blaugrana’ have won all of their remaining five Champions League fixtures this season, four of which via at least a two-goal margin! Camp Nou has been a fortress in the Champions League for quite some time now, with Barca suffering just one defeat in their last 33 knock-out matches in the competition here (W25, D7). In fact, since losing 3-0 to Bayern Munich in the 2012/13 semi-finals, the Spanish heavyweights have won 13 of their subsequent 15 home matches in the Champions League knock-out stage (D2), returning a frightening +33 goal difference from that run of fixtures (GF:41, GA:8). Adding to this aura of invincibility, Barcelona have only lost one of their 11 European home matches against Ligue 1 visitors throughout history (W8, D2), with that lone failure dating back to 1984.

Meanwhile, PSG barely fought their way into the Round of 16 despite finishing top of Group H, courtesy of a 5-1 thumping of Istanbul Basaksehir on Matchday 6. Indeed, ‘Les Parisiens’ have already lost twice this Champions League campaign, with both of those defeats arriving by the same 2-1 scoreline. A trip to Spain might stir some painful memories, as PSG have lost their last three visits to the country by an aggregate score of 11-2. Additionally, they have failed to overcome Barcelona in each of their three Champions League knock-out stage ties this millennium, conceding an average of 2.33 goals across those six encounters. Mauricio Pochettino’s men have also failed to make it past this stage of the competition in three of their last four attempts. High scoring could be a theme, nonetheless, as their last nine Champions League H2Hs have featured an average of 3.88 goals. 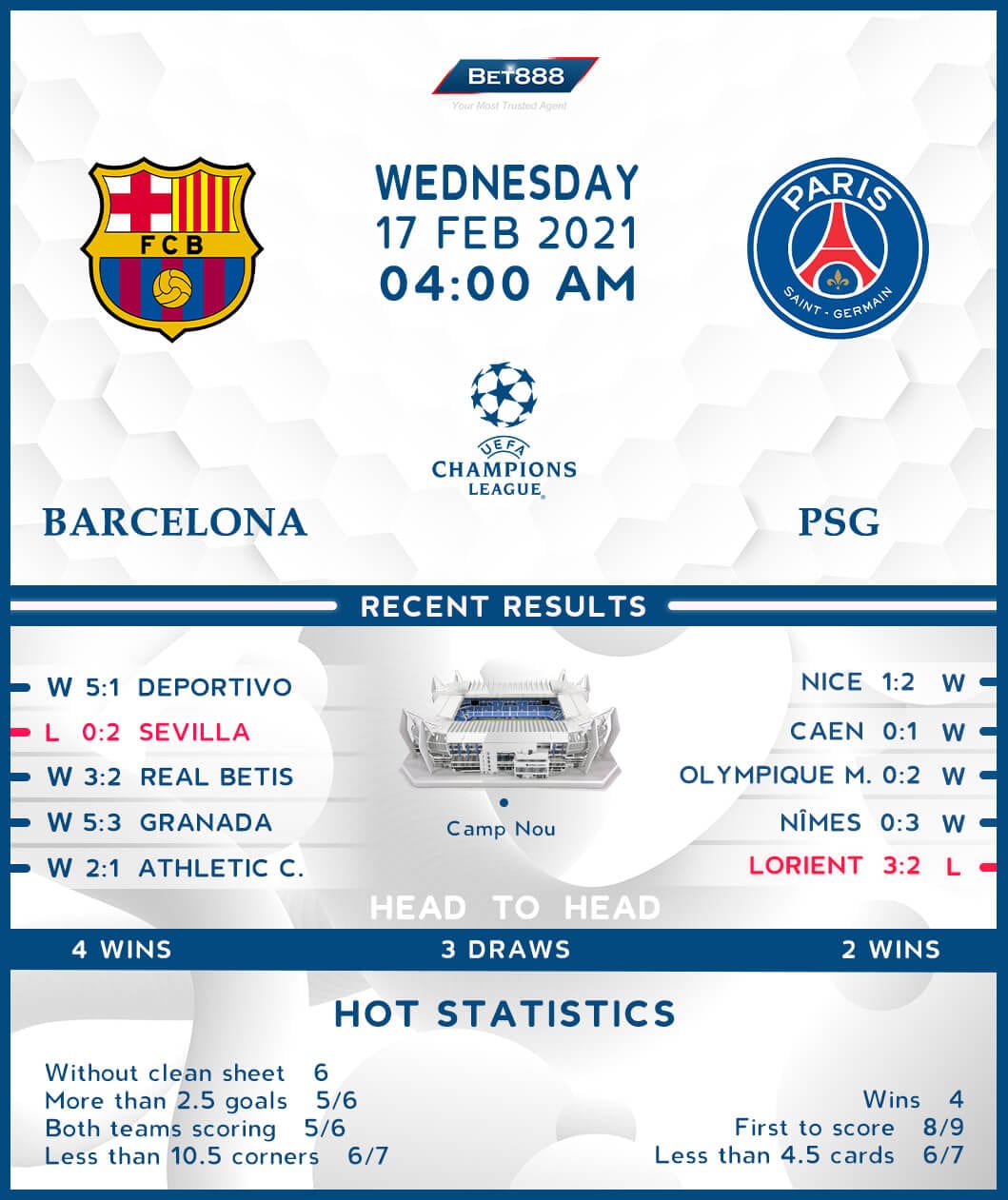