Barcelona and Real Sociedad are set to face-off at Camp Nou in a potentially tight La Liga affair. Indeed, each of their last five top-flight H2Hs has ended separating the sides by under 1.5 goals.

None of Barcelona’s last five La Liga fixtures has ended in a draw (W3, L2), with Barca alternating between a win and a loss on each occasion. Yet, their recent league games have been notably tight, as three of the last four have ended been decided by a single-goal margin. Given Barcelona’s footballing stature, it could come as some surprise that Ronald Koeman’s men have failed to win any of their six La Liga matches in which they conceded the opening goal (D2, L4). At home, however, the Catalan giants have gone from back-to-back league games without a win (D1, L1) to three victories in a row, two of which came by at least a three-goal margin. Additionally, they have not lost any of their last eight La Liga meetings with Real Sociedad (W6, D2).

Meanwhile, despite being held to three consecutive league draws, Real Sociedad head into this encounter sitting top of the table with a single loss from their opening 13 La Liga fixtures (W7, D5). What’s more, ‘La Real’ are the only side yet to taste defeat on the road this season (W4, D2), with three of their four away league victories coming by a three-goal margin. Curiously, Imanol Alguacil’s men have got on the scoresheet first in five of their six La Liga trips this term despite only 25% (3) of their 12 away league goals scored arrived in the first half of play. Against this backdrop, Real Sociedad have lost both of their previous La Liga matches played on Wednesday and have also suffered 22 consecutive top-flight defeats to Barcelona at Camp Nou. 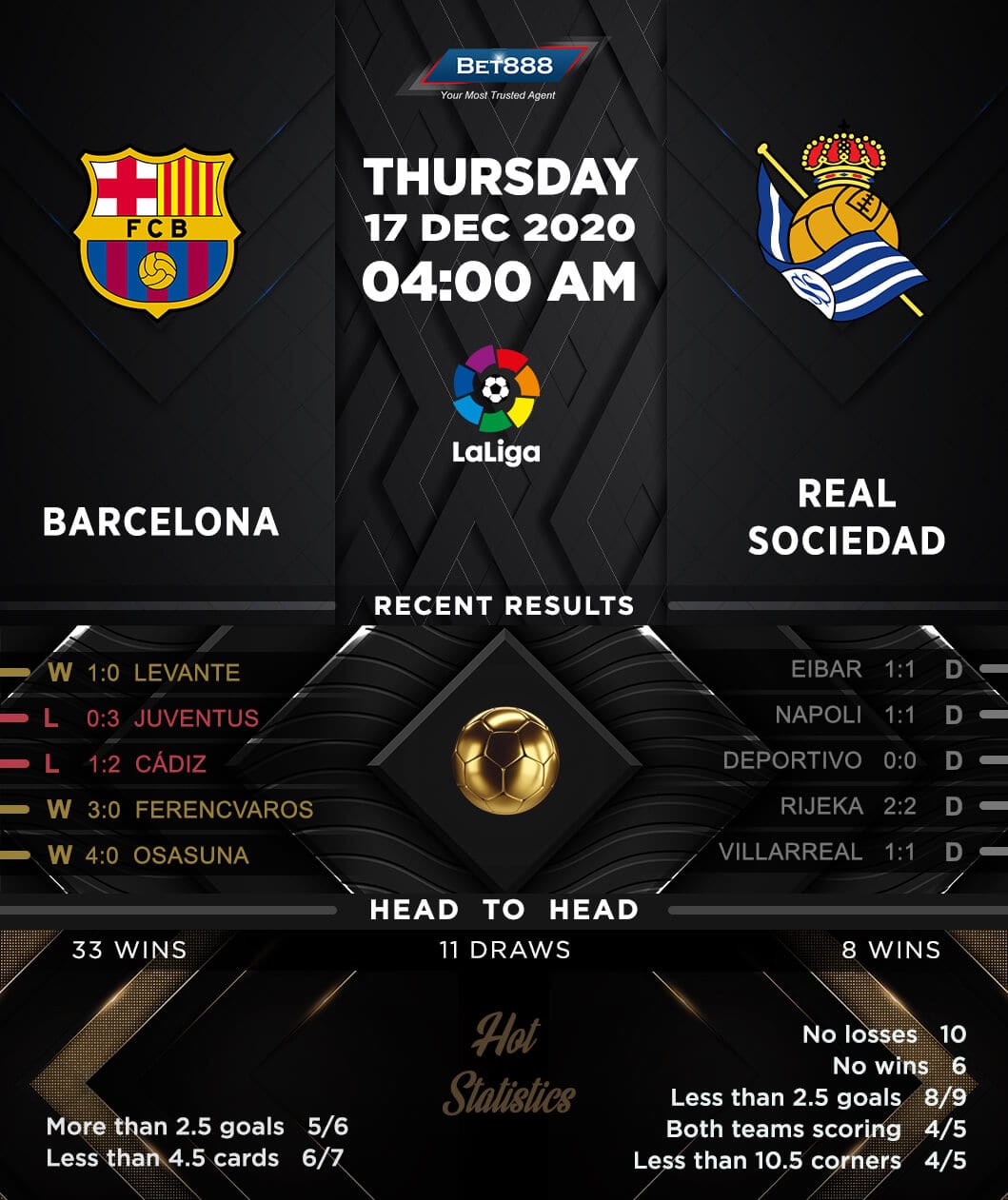