The Catalan juggernauts have gone into overdrive since suffering a dismal 2-1 defeat at Cadiz last December, putting together 18 La Liga games without a loss (W15, D3). Coming into this matchday, the hosts have won five consecutive league matches by an aggregate score of 17-2, including a 6-1 demolition of Real Sociedad last time out. As ever, Camp Nou has been a fortress, with Barcelona boasting an intimidating 92.86% undefeated rate across their 14 La Liga fixtures here this season (W9, D4, L1), netting a league-high 36 goals in the process. Ronald Koeman’s men will be confident of keeping their imperious run of form going here as they take on a side they’ve not lost to in any of their last 13 top-flight H2Hs as hosts (W10, D3). Even if they concede first, Barca should have enough character to bounce back, notably rescuing the second-most points from losing positions this La Liga season (GP11 – W3, D4, L4).

On the other hand, Valladolid take the field after avoiding defeat in four La Liga matches on the bounce (W1, D3), albeit they hover only three points clear of the drop zone. Away from home, ‘Los Pucelanos’ have established themselves as ‘stalemate specialists’ this season after drawing a league-highest 50% of their La Liga games on the road (GP14 – W2, D7, L5), including the last three in a row. Eight of Valladolid’s previous nine La Liga trips have contained under 2.5 FT goals, highlighting the potential for a low-scoring affair. Against this backdrop, Sergio Gonzalez’s men have conceded 4+ goals in five of their last seven top-flight visits to Camp Nou, losing this exact fixture 5-1 back in 2019/20. A record of just three clean sheets in 28 La Liga outings this season douses any embers of optimism that Valladolid can avoid another walloping here. 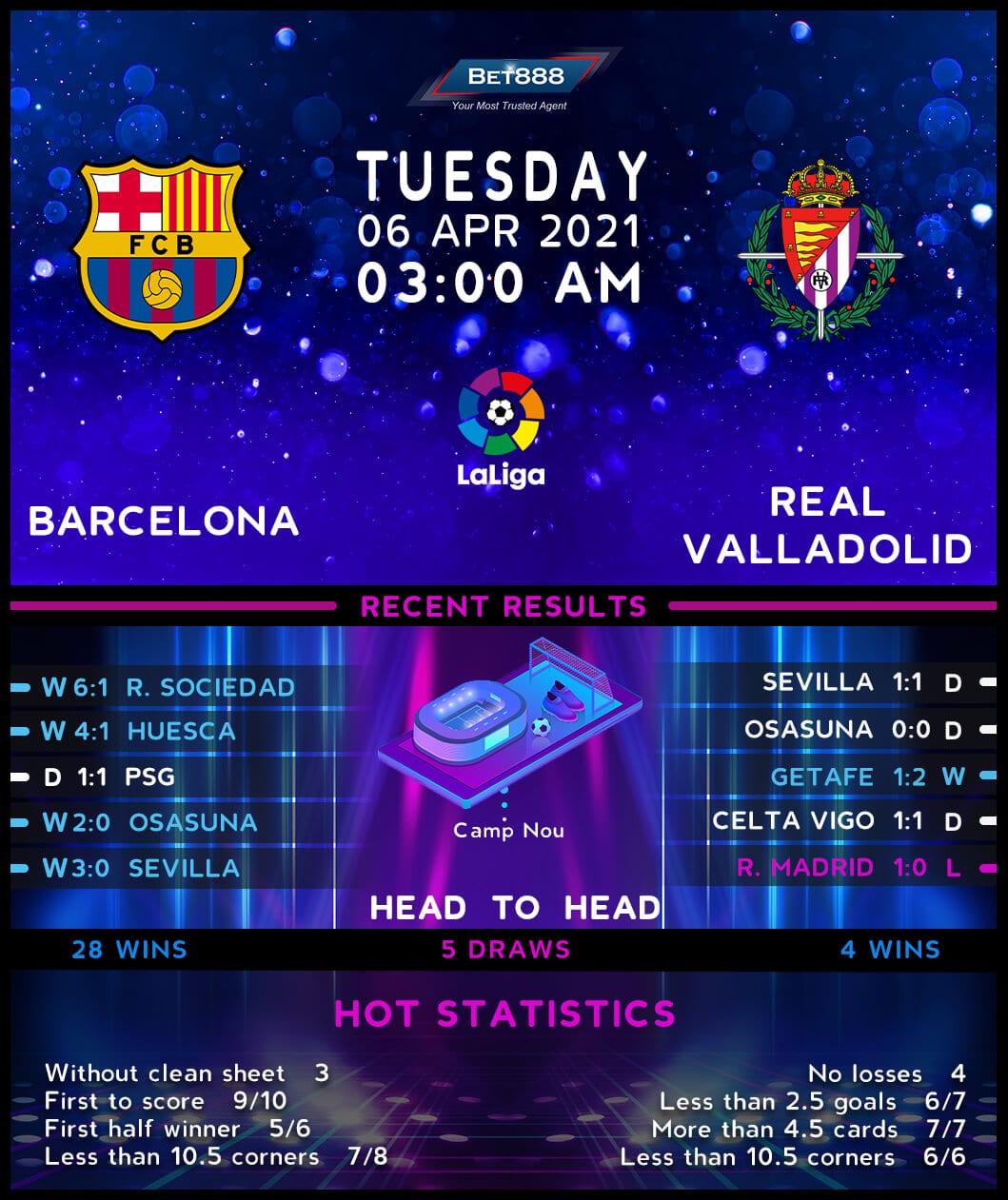