Sevilla will be looking to preserve a two-goal advantage when they take on Barcelona at Camp Nou in the return leg of their Copa del Rey semi-finals tie.

Barcelona have won three of their five matches in all competitions (D1, L1) since succumbing to a 2-0 loss in the first leg, with each game won/lost in that period yielding a margin of at least two goals. Notably, the Catalans have only lost one of their 13 domestic fixtures at Camp Nou this season (W8, D4), courtesy of a 3-1 defeat to Real Madrid. Indeed, Ronald Koeman’s men have been relentless at home this term, netting an average of 2.46 goals per domestic home match. Quick out of the blocks, Barca have opened the scoring in 64.71% of their competitive home games this season, notably winning seven of the eight home fixtures in which they were leading at half-time so far (D1). Remarkably, they have not lost any of their last 12 competitive meetings with Sevilla at Camp Nou (W11, D1).

Meanwhile, a 2-0 defeat to Barcelona in the La Liga weekend means none of Sevilla’s last 11 competitive matches have ended in a draw (W9, L2), with nine of those results (win/loss) seeing the victor keep a clean sheet. Therefore, it comes as no surprise that 54.55% of the games in that 11-fixture sequence featured under 2.5 FT goals. Julen Lopetegui’s men have been impressive away from home lately, winning 11 of their last 14 trips in all competitions (D2, L1). Virtually impenetrable at the back, ‘Los Rojiblancos’ registered a shutout in 64.29% of the fixtures during that 14-game run. When it comes to domestic competitions, no team has conceded fewer away goals than Sevilla (9) this season, with the Andalusian giants letting in just 0.6 goals on average per domestic trip. 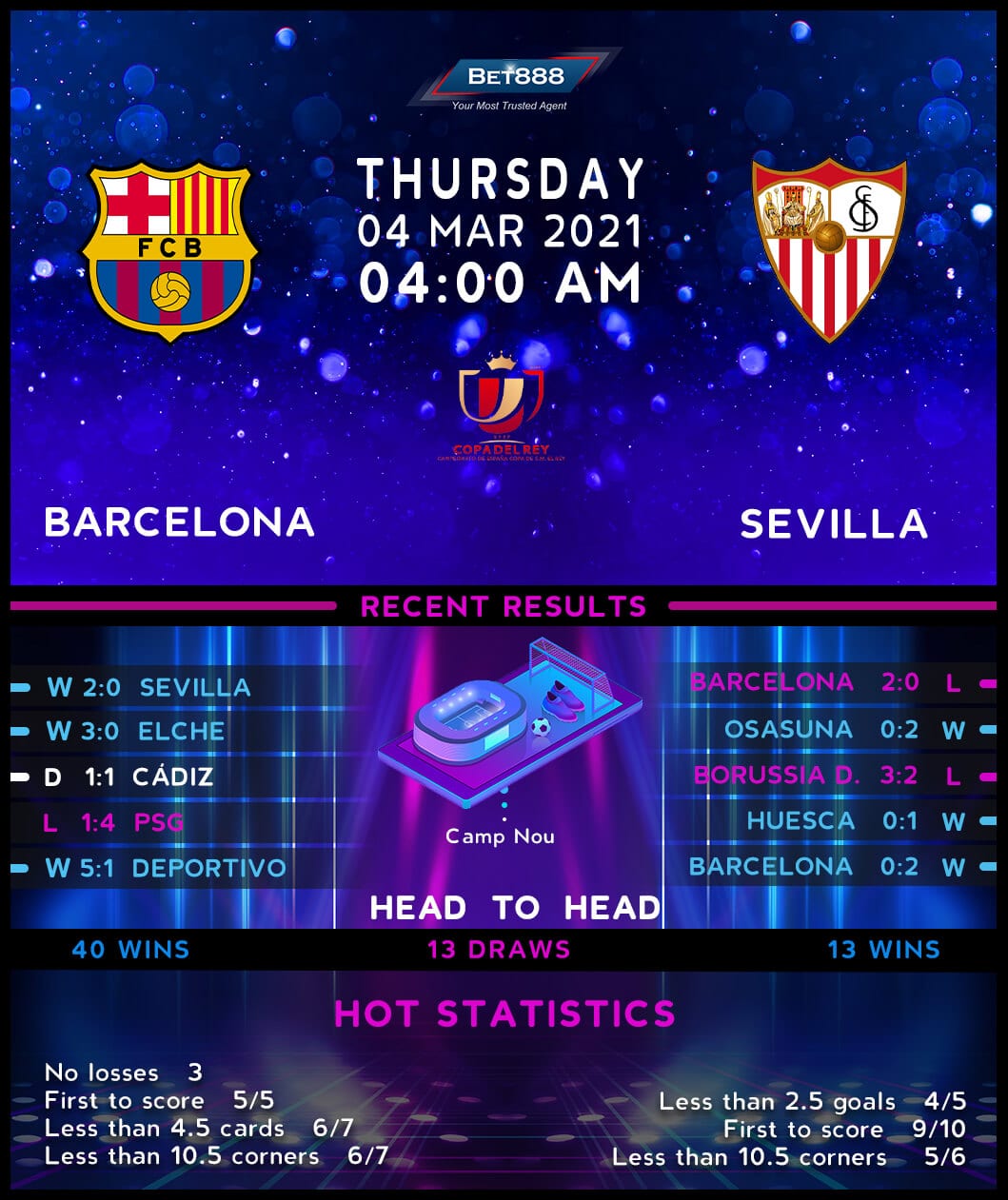