Out-of-sorts Barcelona will be keen to return to winning ways in La Liga when they take on fellow strugglers Valencia at Camp Nou.

The international break came at an opportune time for Barcelona as they’ve won only one of their last four La Liga fixtures (D2, L1), falling five points behind league-leaders Real Madrid in the process. An embarrassing 3-0 Champions League loss to Benfica followed up by a 2-0 away La Liga defeat to Atletico Madrid has brought Ronald Koeman under heavy scrutiny. Desperate to retain his job, Koeman will be happy to know his side last suffered back-to-back La Liga losses in October 2020. Adding to their confidence, the Catalan heavyweights have won all but one of their four La Liga matches at Camp Nou this season (D1), netting an average of 3.00 goals per game across those victories. What’s more, they have found the net at least once in their last 17 top-flight H2Hs as hosts.

In the meantime, Valencia’s form trajectory has taken a downward curve of late, with the visitors going from back-to-back La Liga victories to four straight league matches without winning (D2, L2). A dismal goalless away draw with Cadiz last time out marked Valencia’s only clean sheet in five La Liga fixtures. However, it’s worth noting that they haven’t registered two consecutive top-flight shutouts in 2021 so far. Particularly vulnerable before half-time, they have conceded all five La Liga away goals scored against them this term in the first half of play. Yet, Jose Bordalas’ men can draw confidence from their impressive scoring output at Camp Nou over the past seven years, with no other Spanish side scoring more La Liga goals at this venue than Valencia (14) since the start of the 2013/14 campaign. 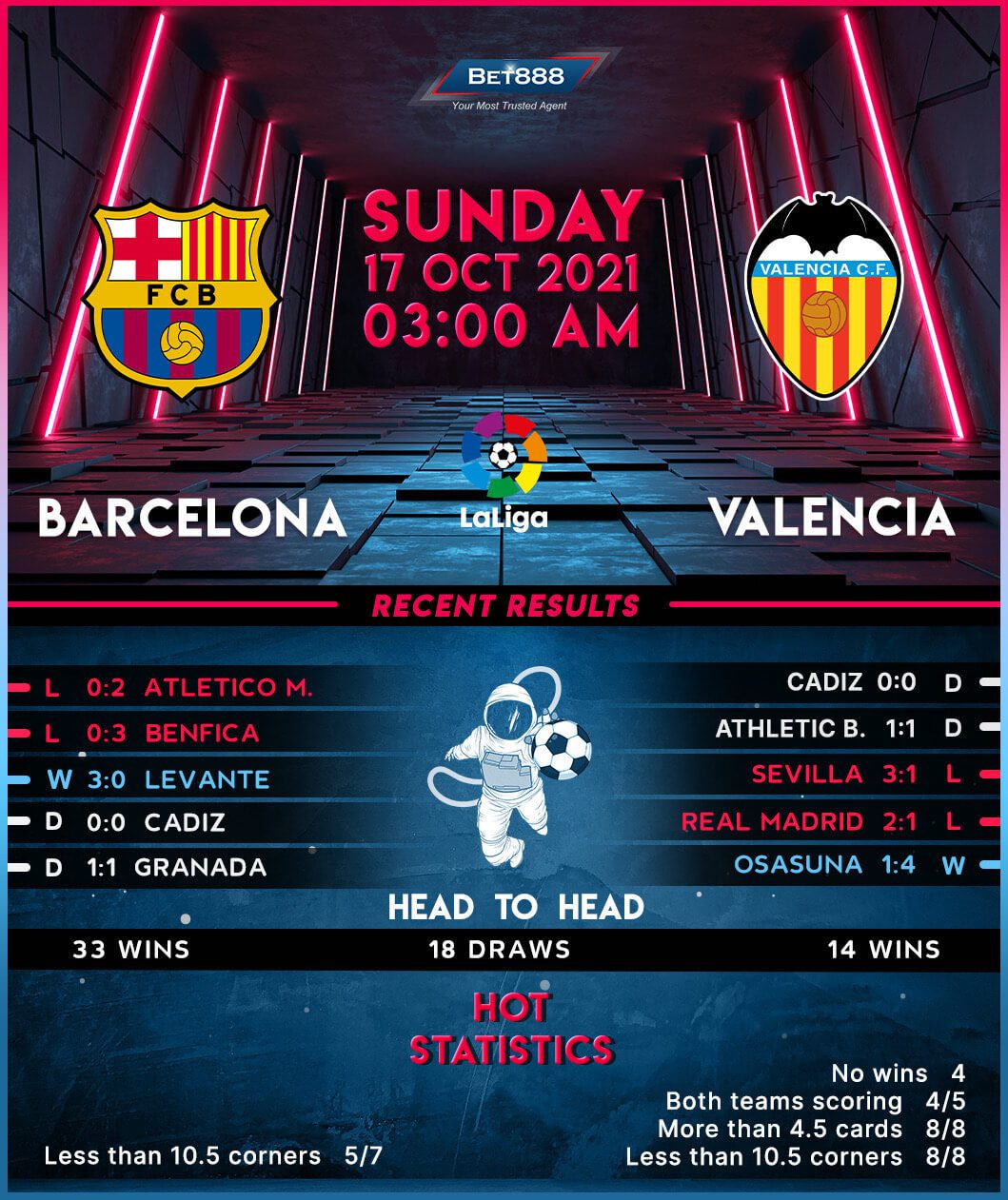