Barcelona and Valencia go head-to-head at Camp Nou in a potentially high-scoring La Liga affair. Each of the last five top-flight meetings between these two teams held at this venue has seen over 2.5 goals and both teams on the scoresheet.

Barca have won twice in a row since shockingly losing to Cadiz on Matchday 12, with each La Liga game won/lost in that three-match sequence yielding a narrow one-goal margin. Additionally, Ronald Koeman’s men have picked up four consecutive home La Liga victories since a 3-1 defeat to Real Madrid in late October, scoring an average of 3.00 goals across those successes. The Catalan giants have fired in a league-high 11 first-half goals at home this season, scoring over 1.5 first-half goals in two of their last three La Liga fixtures at Camp Nou. Barcelona are odds-on favorites to win, especially considering they have bagged 2+ goals in their four previous top-flight H2Hs as hosts to win three of them (D1).

Meanwhile, Valencia have gone winless in four La Liga fixtures in a row (D3, L1) since beating Real Madrid 4-1 at home on Matchday 9. Moreover, they have failed to win any of their last four away league matches (D2, L2), conceding over 1.5 goals on three of those occasions. Slow starts on the road have seen ‘Los Murciélagos’ concede at least once within 15 minutes in three of their seven La Liga trips this term while failing to score in that same timeframe. Indeed, Valencia’s attacking set-up usually sparks into life after the half-time break, as evidenced by the fact that five (83.33%) of their six away league goals scored have come in the second half of play. 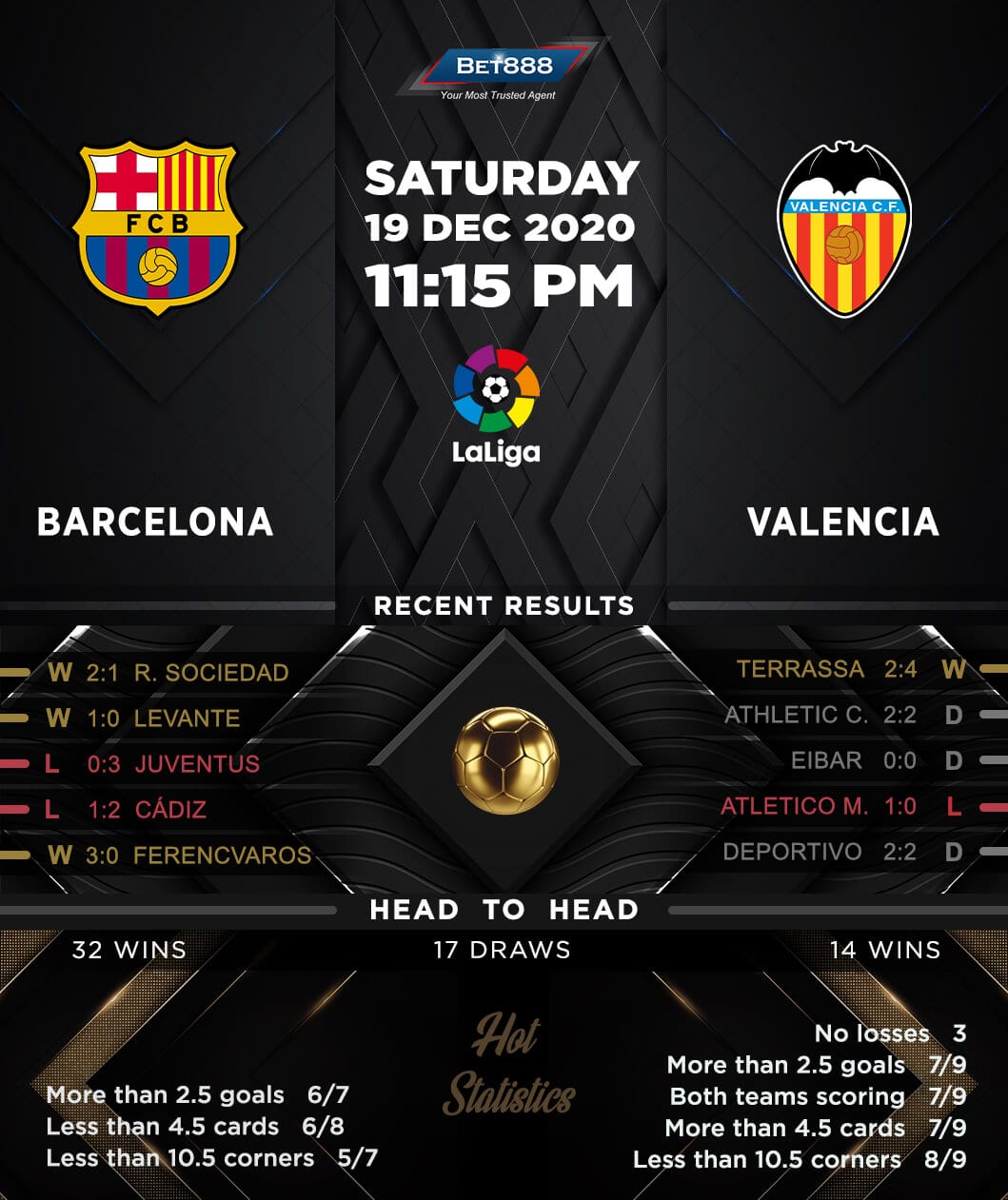