Bayer Leverkusen will be looking to post back-to-back Bundesliga triumphs for the first time in 2021 when they meet relegation-threatened Arminia Bielefeld at the BayArena.

Bayer Leverkusen clinched a narrow 1-0 away win at Borussia Monchengladbach to end a three-match winless streak in the Bundesliga (D2, L1) and bridge the gap on fourth-placed Eintracht Frankfurt to three points. Leverkusen’s recent home league fixtures have been notably tight, as six of the last seven have featured a full-time margin of under 1.5 goals (W2, D2, L3). The hosts’ defensive frailties have seen them fail to keep a clean sheet in eight consecutive Bundesliga games at the BayArena, their worst such run since 2014. Particularly vulnerable after the half-time break, ‘Die Werkself’ have registered a clear majority (70.59%) of their total league goals conceded at home this season in the second half of play (12/17). Howeve, Peter Bosz’s men will be confident of picking up the points here after winning their last four competitive meetings with Bielefeld, scoring 2+ goals on each occasion.

Meanwhile, the visitors take the field after failing to claim the victory in their last seven Bundesliga matches (D2, L5), frustratingly conceding over 1.5 goals six times in the process. Indeed, only two sides have shipped more away league goals than Bielefeld (22) this term. At the other end of the pitch, ‘Die Arminen’ have netted a league-low eight away goals thus far, scoring only two first-half goals in such fixtures. Frank Kramer’s men have developed a habit of falling behind without recovering, surrendering the points in all seven away Bundesliga games in which they conceded first this season (L7). In fact, Bielefeld’s tally of one away victory is the second-worst this Bundesliga campaign (D3, L7), with that lone success coming at the expense of dead-last Schalke 04 back in January. 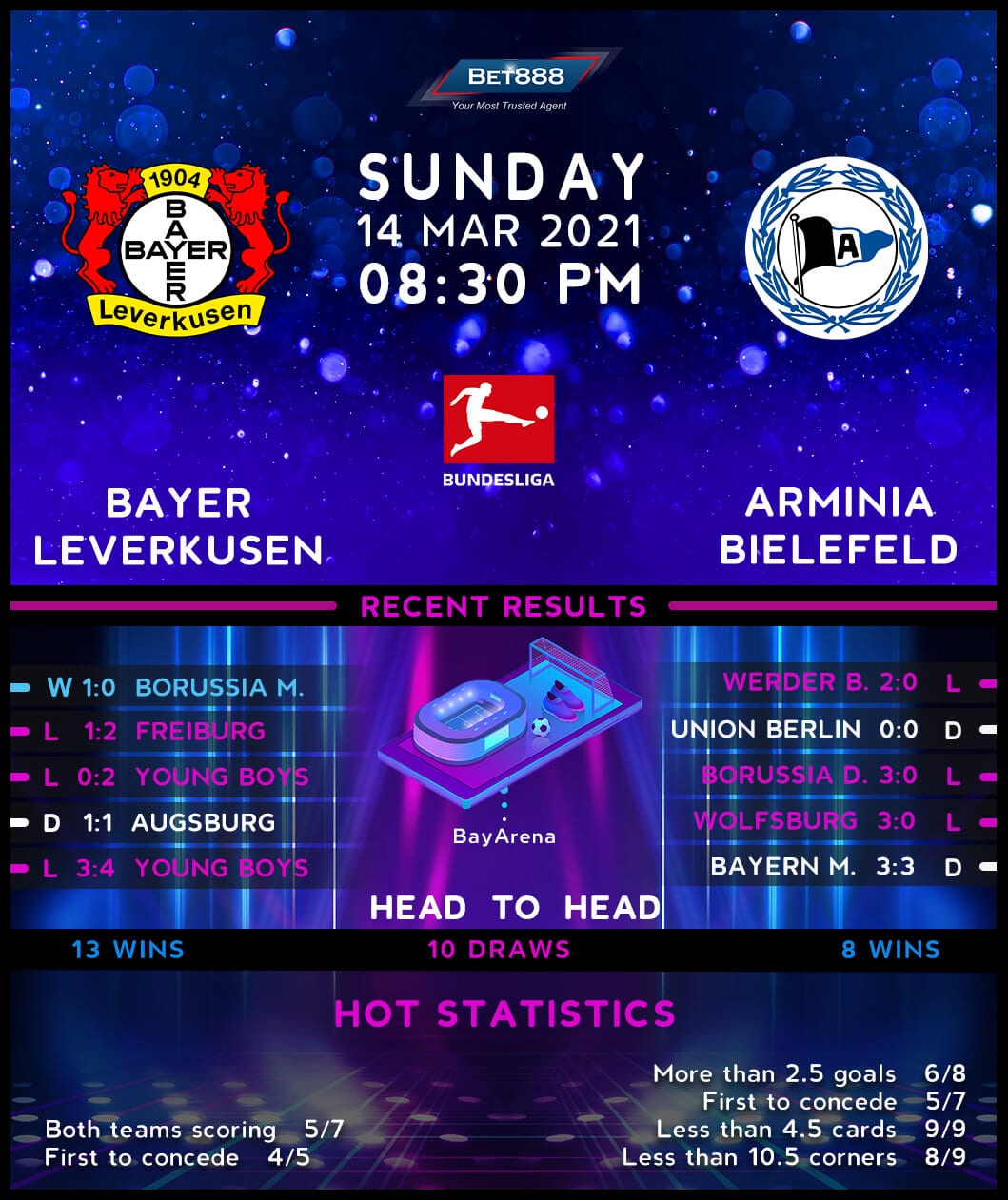