Bayer Leverkusen will be keen to cancel out a 3-2 first-leg deficit when they host Atalanta to the BayArena for the second leg of their intriguing Europa League last-16 tie.

Bayer Leverkusen ceded their unbeaten Europa League Group G record on Matchday 6 away to section minnows Ferencvaros, having already sealed a top spot in the group beforehand (W4, D1). Gerardo Seoane’s high-flyers won all three Group G home fixtures by an aggregate score of 9-3, netting 3+ goals in the final two. Moreover, before slumping to a narrow 1-0 home defeat at the hands of Cologne last weekend, ‘Die Werkself’ had enjoyed a run of nine consecutive competitive home matches without losing (W7, D2). It gets better as Leverkusen have only lost three of their 25 Europa League home outings, qualifying included (W17, D5). However, Leverkusen’s overall European record against Italian opponents could be a reason for concern, with the Bundesliga powerhouse picking up just five triumphs from their 22 such contests (D5, L12).

On the other hand, Atalanta’s European exploits have been Gian Piero Gasperini’s saving grace this term as ‘La Dea’ are enduring a thoroughly disappointing domestic season. An uneventful ‘nil-nil’ draw with Serie A relegation fighters Genoa marked Atalanta’s third scoring blank in their last six matches across all competitions. What’s more, the Italians have failed to get on the scoresheet in three of their previous four competitive away fixtures (W1, D1, L2), with an overwhelming 3-0 win at Olympiacos in the second leg of their Europa League last-32 tie being the solitary exception. Despite Atalanta’s paltry scoring return on the road of late, they have been a scoring machine in European away games this season, netting 2+ goals in each of their four continental travels so far. 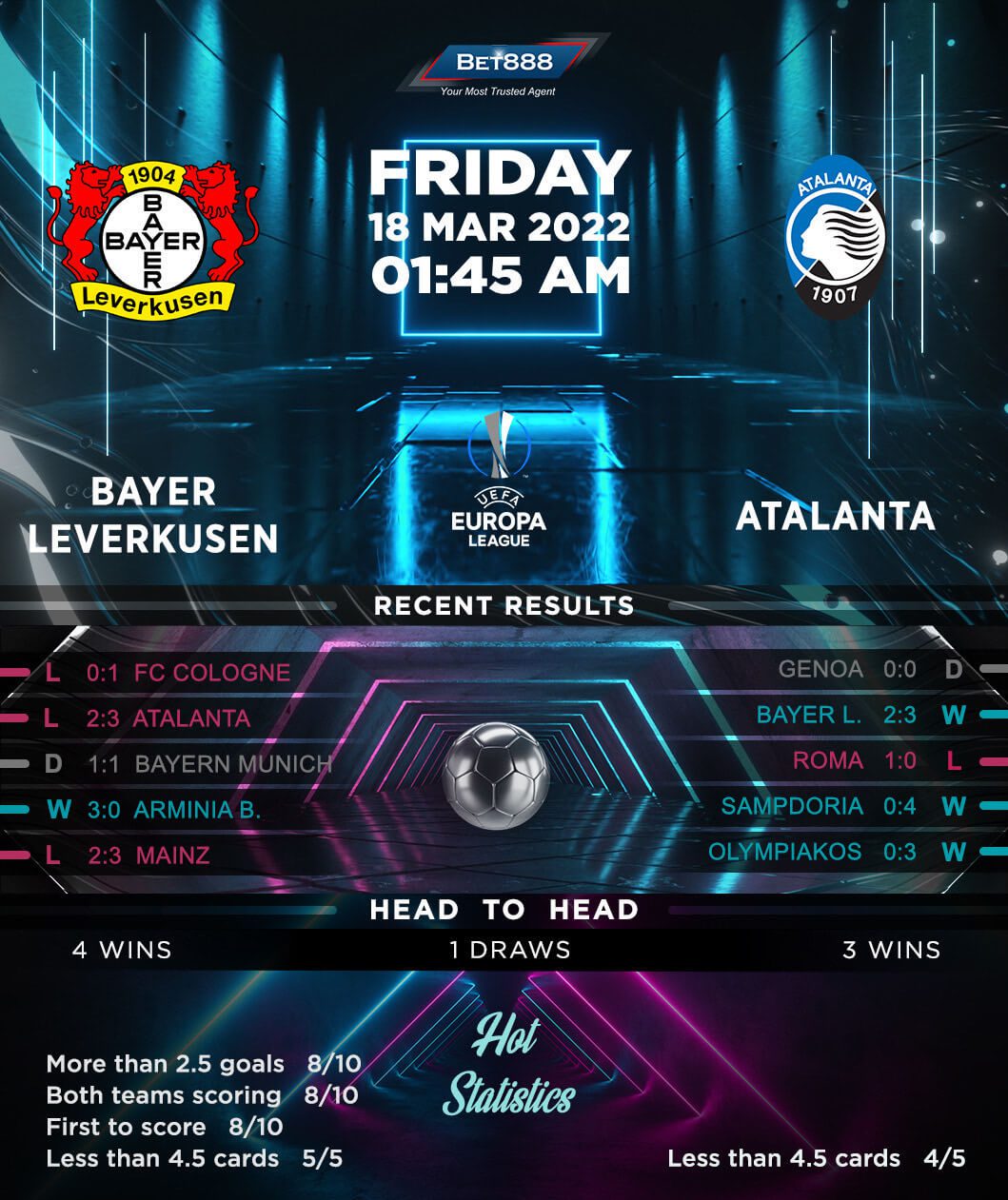