BayArena is the venue as Bayer Leverkusen and Bayern Munich lock horns in a massive top-of-the-table Bundesliga showdown.

Leverkusen comfortably dispatched Koln 4-0 on the road last time out to extend their unbeaten Bundesliga start to 12 games (W8, D4), as they head into this encounter sitting top of the table, one point clear of Bayern Munich. At home, the hosts have won three of their four previous league fixtures (D1), scoring over 2.5 goals per victory in that period. Curiously, the H2H stakes have been perfectly split between these two across their last 11 top-flight meetings held at this venue (W3, D5, L3). A ‘goal-friendly’ contest is well on the cards, though, given that each of their previous three such matches has seen over 3.5 goals and both teams on the scoresheet. Additionally, six of Bayer’s last seven competitive home games have produced 4+ goals, with each of them featuring over 1.5 second-half goals.

Meanwhile, Bayern Munich performed a comeback to beat Wolfsburg 2-1 at home during the midweek to bring a two-game winless Bundesliga streak to a halt (D2). However, the ‘Bavarians’ have failed to keep a clean sheet in seven consecutive league matches, conceding the opening goal in the last six! Furthermore, Hansi Flick’s men have already hit double digits in terms of the goals conceded away from home this term (10), shipping at least one goal in each of their six Bundesliga trips so far. Interestingly, a late drama has highlighted Bayern’s away league games this season, as four of six have seen a goal scored/conceded beyond the 75th minute. But, the majority (64.29%) of Bayern’s Bundesliga goals scored on the road has come in the first half of play (9/14). 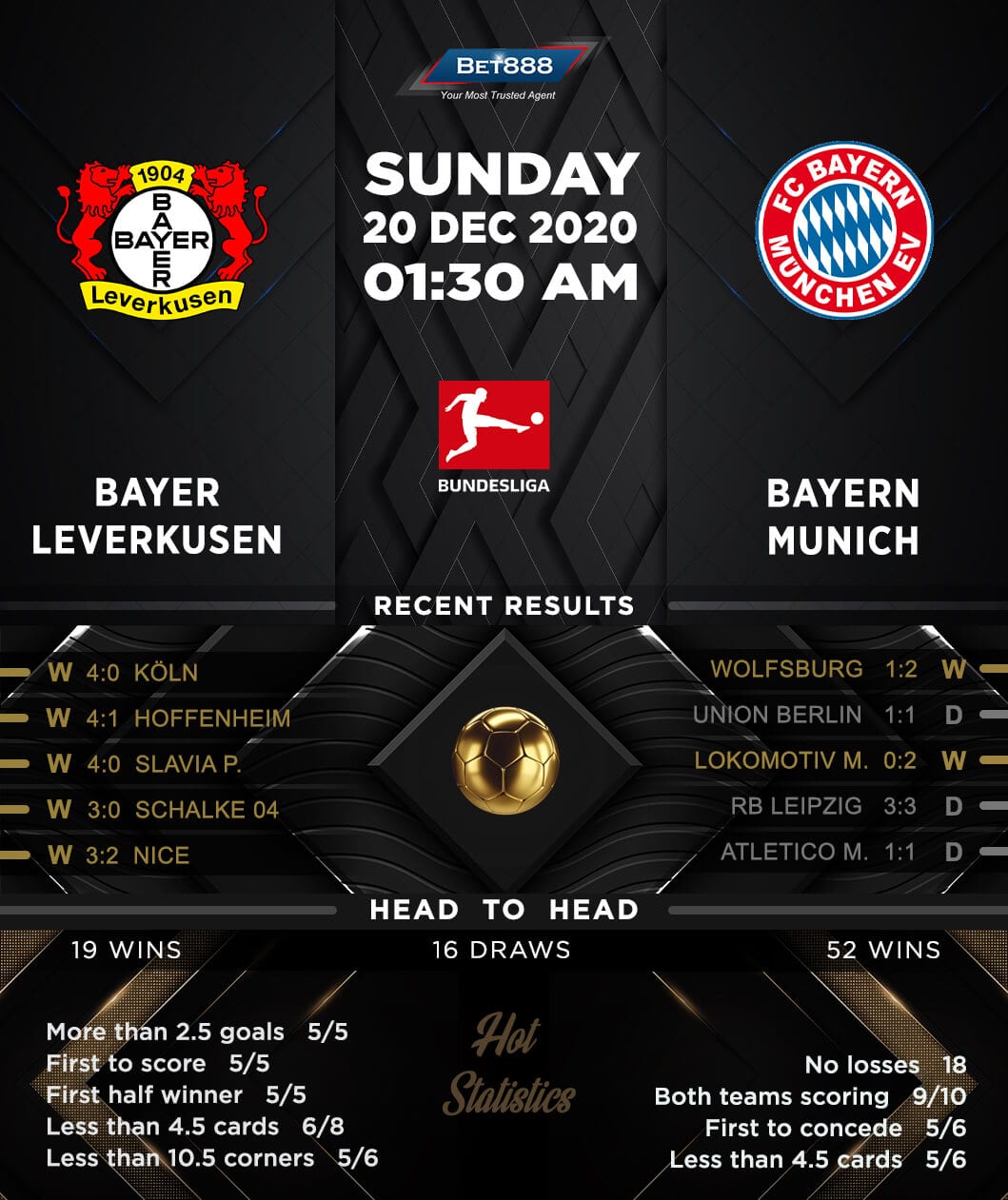