Bayer Leverkusen play host to Borussia Dortmund as the two sides meet at the BayArena in a potentially high-scoring Bundesliga contest. All five of their previous top-flight meetings have produced over 3.5 goals!

Rocked by a disappointing 1-0 defeat at Union Berlin last time out, Bayer Leverkusen enter this round winless in four Bundesliga matches on the bounce (D1, L3). Curiously, each loss during that four-game sequence came by a narrow one-goal margin, with the deciding goal continually arriving in the second half of play. One bright spot has been their ability to dig themselves out of trouble after falling behind – ‘Die Werkself’ have not lost any of their three home Bundesliga fixtures in which they shipped the opener (W1, D2). Notably, Peter Bosz’s men are quite stubborn holding onto a half-time lead, winning seven of the eight Bundesliga matches in which they were ahead at the break (D1). However, Leverkusen have won just two of their last 13 top-flight meetings with Borussia Dortmund at home (D6, L5).

On the other hand, the visitors have gone undefeated in three consecutive Bundesliga fixtures (W2, D1) since losing 2-1 at Union Berlin on Matchday 13. Dortmund’s away league matches have been fun to watch lately, as four of the last five have seen over 2.5 goals and both teams on the scoresheet, with 15 of the 19 goals scored/conceded in that period coming in the second half of play. Poor first-half performers, ‘Die Borussen’ have yet to taste an away half-time lead in the Bundesliga this season (HT: D5, L3). But, Edin Terzic’s men have been brilliant in grinding out a result in the second half, winning four of the five away league games that were level at half-time (L1). Late action is well on the cards, as five (62.5%) of Dortmund’s eight away Bundesliga matches have featured a goal inside the final 15 minutes of play. 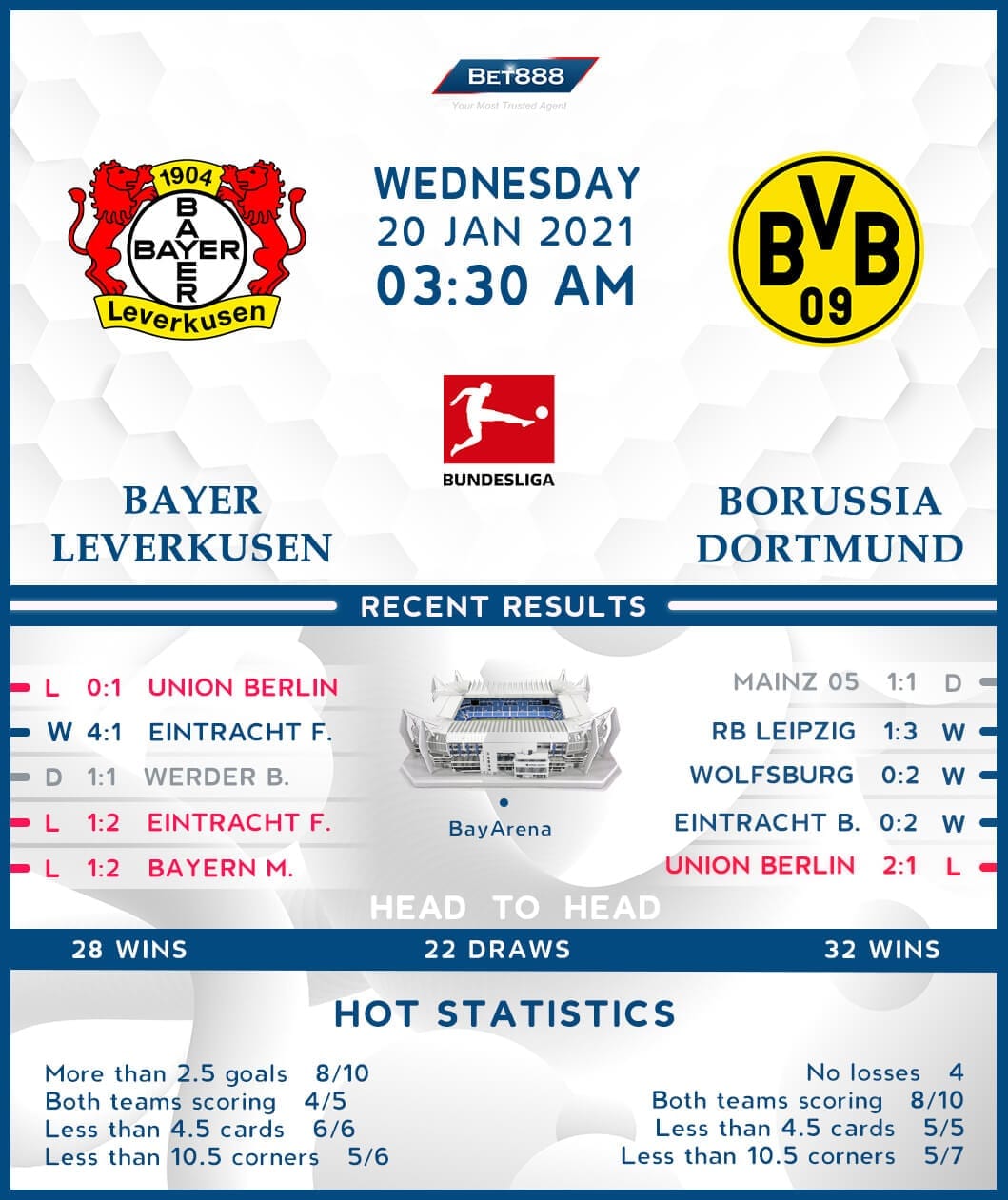