BayArena is the venue, as Bayer Leverkusen and Eintracht Frankfurt meet in the DFB Pokal Round of 32.

Bayer Leverkusen have suffered a dip in form lately, as they head into this encounter winless in three consecutive matches (D1, L2) despite going ahead in both defeats. Going back to October, six of Leverkusen’s last eight competitive home games have seen over 2.5 goals and both teams on the scoresheet, with ‘Die Werkself’ winning five such contests (L1). Furthermore, Bayer’s rock-solid backline has kept a clean sheet in two of their five previous home matches, conceding precisely once per game in two of the other three. Notably, Peter Bosz’s men have won each of their last five competitive H2Hs as hosts by at least a three-goal margin, with both of their goals conceded across this run of fixtures coming before the 25-minute mark.

Meanwhile, Frankfurt have enjoyed a dramatic upturn in form of late, going from 11 consecutive games without a win across all competitions (D7, L4) to three victories in a row, scoring precisely one per half in the last two and benefiting from own goals on each occasion. Curiously, ‘Die Adler’ have won their two previous away fixtures by the identical 2-0 scoreline after conceding over 1.5 goals per competitive trip in four successive matches beforehand (D2, L2). To keep a clean sheet will be virtually impossible for Eintracht, though, given that they’ve failed to do so in 23 of their last 25 trips to the BayArena, letting in 2+ goals 15 times across this sequence. But, Adi Hutter’s men will be confident of scoring here, as they’ve found the net at least once in eight of their nine away games this season. 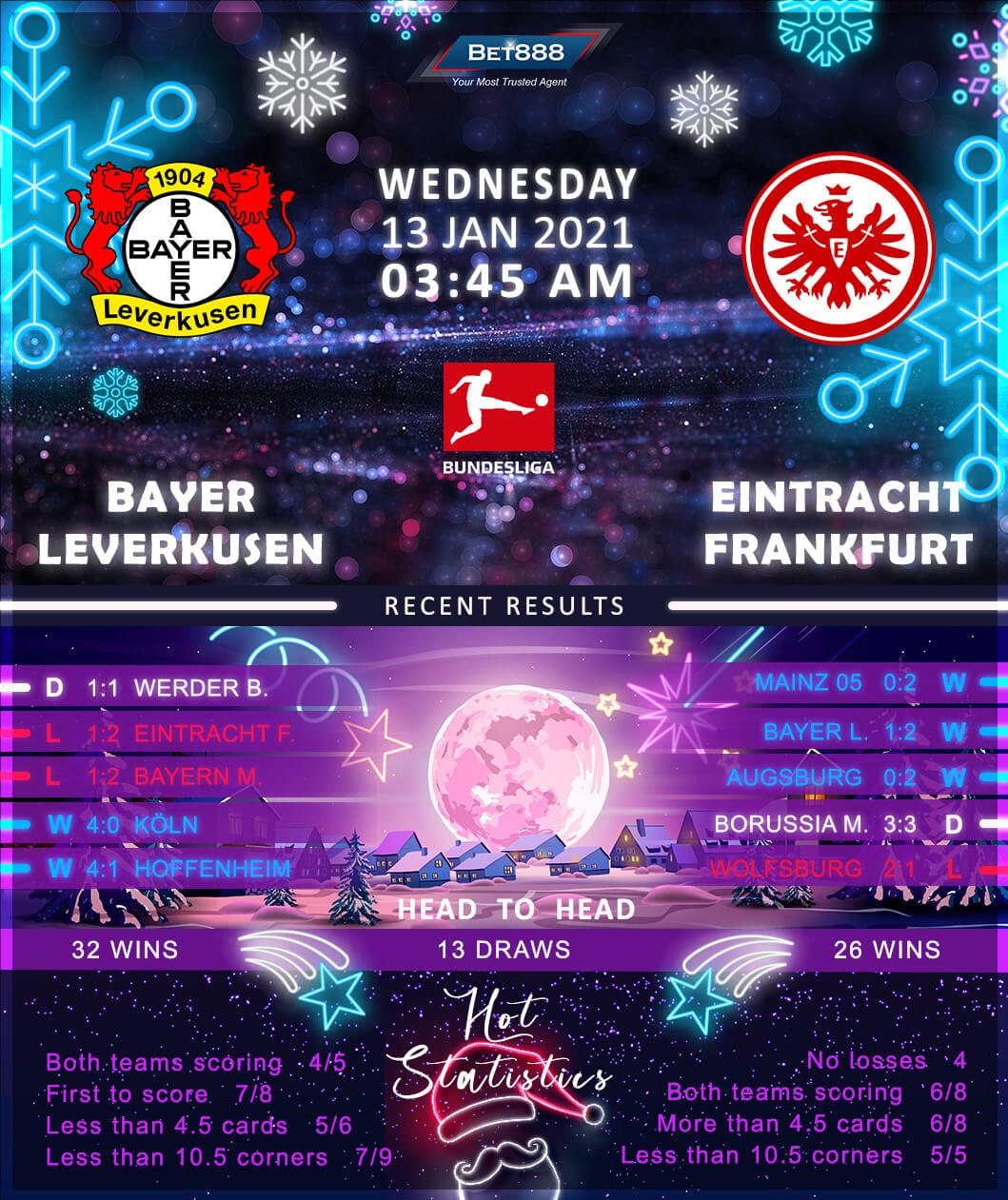