Bayer Leverkusen and Eintracht Frankfurt go head-to-head at the BayArena in a potentially high-scoring Bundesliga showdown. Each of the last six league clashes between these two teams has produced over 2.5 goals.

A 2-0 away loss to Bayern Munich in the Bundesliga midweek ended Bayer Leverkusen’s run of three straight league matches without defeat (W2, D1). Worryingly, ‘Die Werkself’ have blown hot and cold in the front third lately, scoring 2+ goals in two of their last five Bundesliga outings while drawing a blank in the other three. At home, Hannes Wolf’s men have gone from two consecutive league defeats to back-to-back victories, with three of those results (win/loss) yielding the identical 2-1 scoreline. The hosts are looking to build on their improving home form against the side they have outscored by at least a three-goal margin in each of their last five Bundesliga meetings at the BayArena. In fact, Leverkusen netted 20 goals across that five-match sequence while conceding just two in return.

On the other hand, a 2-0 home triumph over Augsburg last time out gave Eintracht Frankfurt a fourth win in five Bundesliga matches (L1), with a 4-0 road thumping to Borussia Monchengladbach being the solitary exception in the spread of games. After securing a 2-1 victory in the reverse fixture back in January, ‘Die Adler’ are looking to claim back-to-back Bundesliga wins over Leverkusen for the first time since 2008 and complete their first league double over this opposition in the 21st century. To optimize their chances of winning, Frankfurt will have to avoid conceding first, considering their 100% winless rate across away Bundesliga matches in which they shipped the opener this season (GP5 – D3, L2). In turn, Adi Hutter’s men have won all but two of their top-flight trips after breaking the deadlock this term (GP6 – W4, D1, L1). 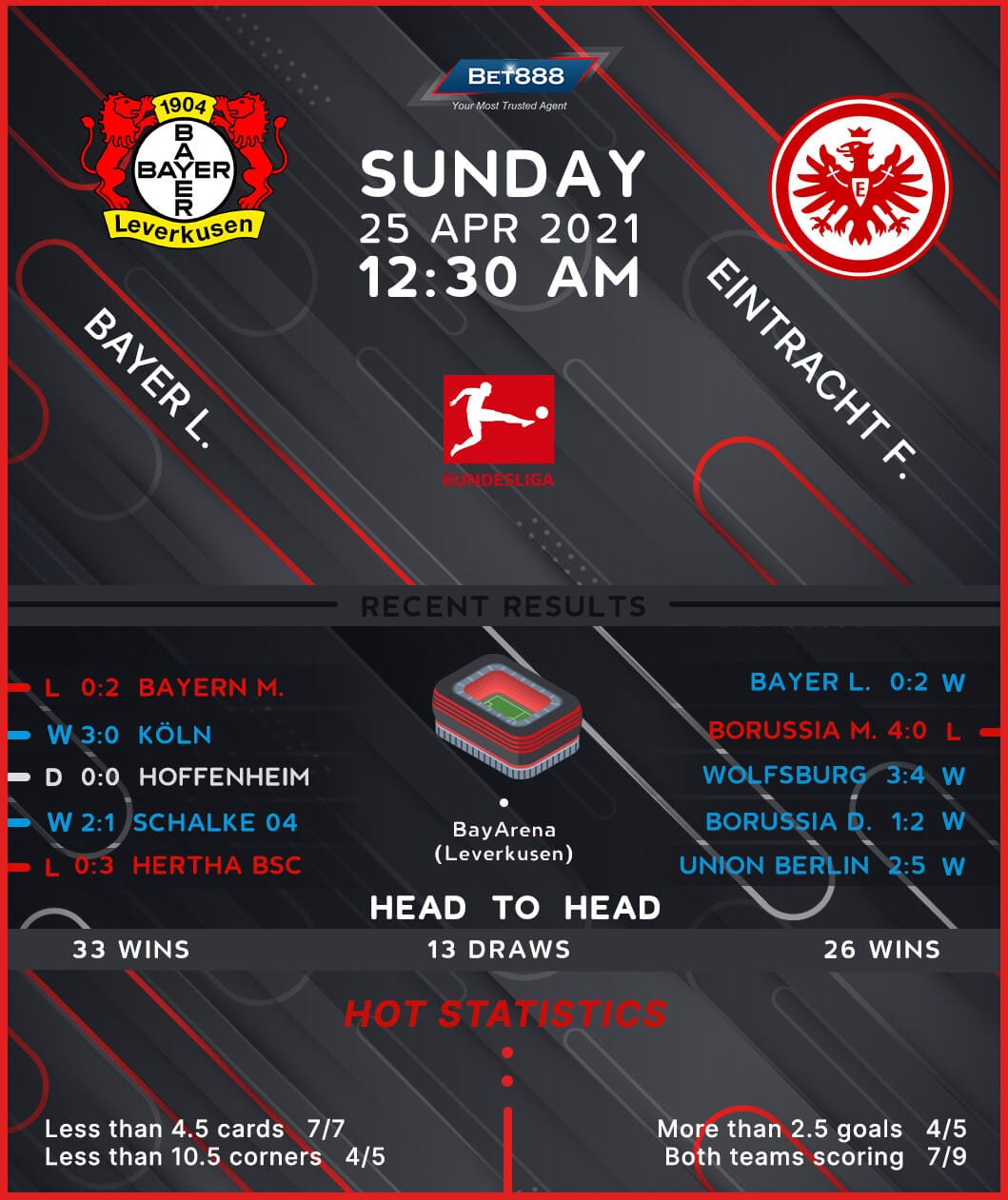